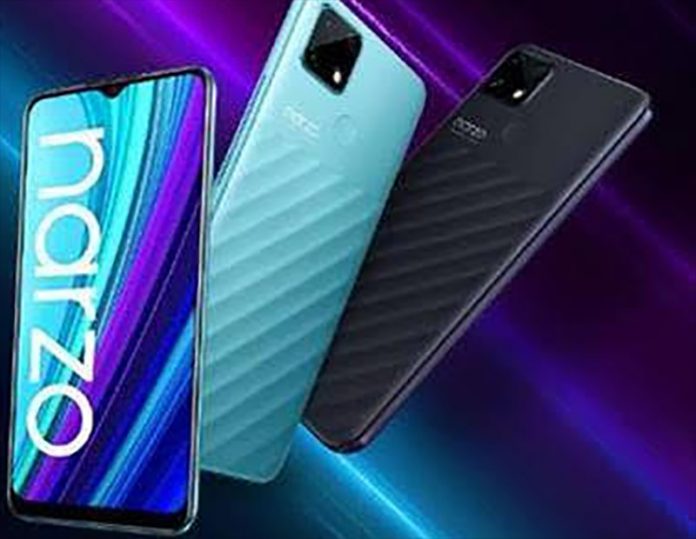 Leading smart technology brand realme is launching the narzo 30A in the Philippines on March 25. Tagged as the #LimitlessGamingMonster, the narzo 30A is set to further realme’s reach to gamers across the country following the warm reception of its narzo 20 model last November 2020. The latest narzo smartphone will be among the several realme devices to be available at a discounted price at the Lazada Birthday Sale on March 27.

The narzo 30A is the first smartphone that realme has brought to the Philippines this year, following hot on the heels of the successful launch of its smart technology experience, realme TechLife. Smartphones are the central component of the realme TechLife thus the launch of affordable devices like narzo 30A can help Filipinos kickstart their smart digital lifestyle experience easier.

realme also ensures that the fast-rising e-gaming industry is not limited to those with financial liberty, engineering the narzo 30A to be an affordable gaming smartphone that packs the crucial technology up-and-coming and casual gamers need.

Under the narzo 30A’s hood is a MediaTek Helio G85 gaming chipset, which is capable of running some of the most popular mobile games in the Philippines like Call of Duty, Mobile Legends, LoL Wild Rift, Genshin Impact, and Asphalt 9: Legends. An uninterrupted gaming experience is also guaranteed with the device’s large-capacity 6,000mAh battery. This combination of features is currently the most powerful in the narzo 30A’s price segment.

realme Philippines will have an initial selling of the #LimitlessGamingMonster on March 25 after its official launch in the country for squad members who can’t wait to purchase the narzo 30A on March 27 during Lazada’s Birthday Sale. 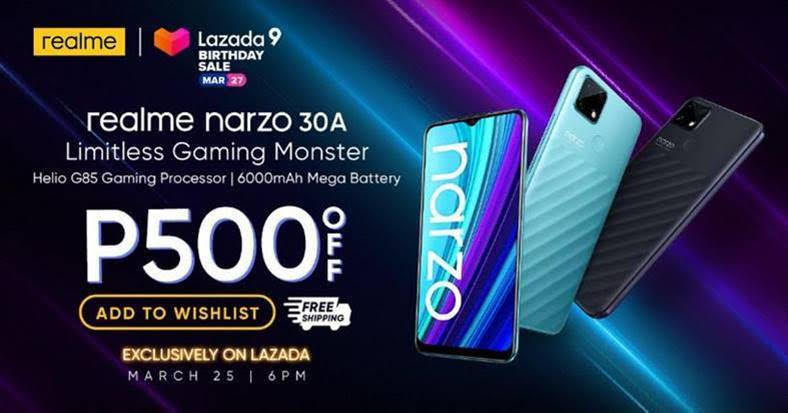 Get as much as 51% during the Lazada Birthday Sale

realme fans are encouraged to join avid online shoppers on March 27 at the much-awaited Lazada Birthday Sale where a roster of realme devices will be retailing at discounted prices, including the realme narzo 30A. Among those to receive the biggest discounts are the realme 7 and 7 Pro, which will be available for only Php 10,490 and Php 13,990, respectively. Audio lovers are also in for a treat as the realme Buds Classic and Buds Q get a 51 percent and 40 percent discount, leaving their final sale prices at Php 290 and Php 890. The highly competitive TWS device realme Buds Air Pro can also be bagged at a much lower price of Php 3,790. A Php 300 discount awaits those who will be purchasing the realme smart lifestyle devices Powerbank 2i, N1 Sonics Electric Toothbrush and Selfie Tripod.

realme fans are invited to tune in to the livestream launch of the narzo 30A on the official realme Facebook page and YouTube Channel at 6:00 p.m. on March 25, 2020.