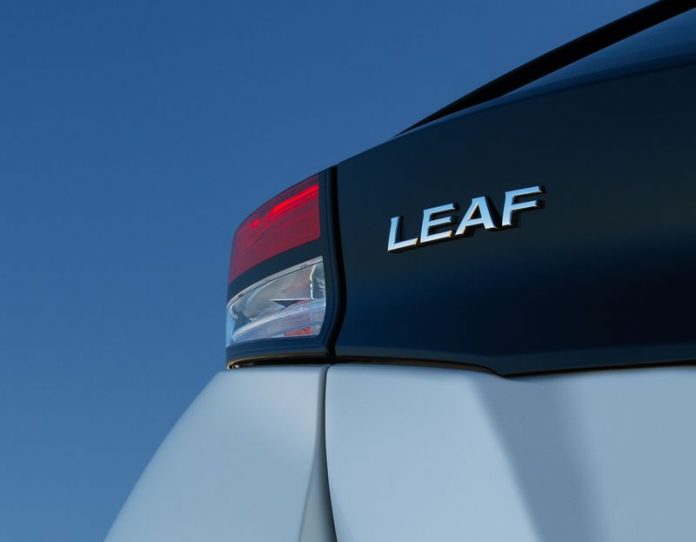 More than 500,000 customers have switched to the EV

IN 1997, Nissan presented a concept car called the “Hypermini” at the Tokyo Motor Show. It was the first truly practical EV with production potential coming from a major automaker. I had enough drive and enough battery power to get two people to about 115 kilometers on a single charge.

The Hypermini proved the fully electric car concept worked and the Nissan LEAF dislodged all doubts that it could be done on a global scale. As the company recently celebrated the 10th anniversary of the LEAF and the delivery of 500 thousand vehicles since the model was first introduced, it is now a good time to trace Nissan’s electrified DNA.

The idea of creating an electric vehicle is not new to Nissan.

In 1947, it developed the Tama, an electric car with a rather squarish stance and bulbous headlights. The motivation for the car was the scarcity and cost of gasoline. Powered by a bank of heavy lead-acid batteries, the Tama could do a modest 93 kilometers with a maximum speed of 32 kilometers per hour. Bicycles could go faster than the Tama, but the idea of electric vehicles was forever in Nissan’s DNA.

I was lucky to have seen and experienced ten of the 10 of the 12 electric vehicles Nissan ever produced or conceptualized. Fascinating concepts like the Pivo and Pivo 2 were cute but may have been way ahead of its time. The Prarie Joy EV–built on a Nissan Liberty chassis was the first one to use lithium-ion batteries. The research data that resulted from the Prarie Joy’s 6-month mission to the Antartica helped Nissan develop true battery technologies for the LEAF.

The LEAF–Leading, Environmentally Friendly, Affordable, Family Car–was part of the regional product study portfolio when I was working for Nissan. As early as 2007, three years before the mainstream launch of the LEAF, Nissan was clearly on a path of fully electrified vehicles.

I was part of the regional planning team for ASEAN. One of the big issues was charging and the need for charging stations. When Nissan’s engineers presented the impressive initial concepts of how to power the first mass-production Nissan EV with merely a house socket was already pretty impressive. When the implementation included powering up the grid with excess generated power, the idea of the LEAF became mind-blowing.

The Nissan LEAF is produced in Nissan’s Oppama plant in Japan, Symrna, Tenessee in the US, and Sunderland in the United Kingdom. The location of each plant is strategic not only because of the proximity to its biggest EV markets, but also for parts and sourcing advantage. It is sold in 59 countries around the world, and may soon reach 60 to 65 as the Asean markets are opening up to zero-emission vehicles.

“Nissan couldn’t have reached this milestone without the great contribution over these 10 years from our dedicated employees all around the world, and from our valued suppliers and dealers. Together, we’re working to broaden the options for EV and electrified vehicle adoption so that more people can enjoy the benefits of electric driving,” Nissan President and CEO Makoto Uchida said.”

Since the LEAF was created to bring sustainability to electric vehicles, overcoming the usual problems of distance and charging with its plug-in powertrain, the compact five-door hatchback continues to see market dominance even in the face of more plentiful hybrids .As its battery capacity, performance and efficiency have continued to improve, the LEAF has evolved from a city commuter to a versatile car that meets a wide range of customer needs and lifestyles.

According to Nissan, beyond simply mobility, the Nissan LEAF has contributed to society by helping power homes and businesses and providing emergency electricity during natural disasters. Alongside Nissan’s other electrified powertrain vehicles, the LEAF continues to show the way to a sustainable, resilient, zero-emission society.

There is one more Nissan EV worth mentioning, the e-NV200. Based on the popular NV200 Vanette, the electric version comes with a hydraulic, regenerative braking system that gives the vehicle a range of up to 190 km per charge. It is literally a mobile powerplant, and features a power outlet, making it useful for outdoor promotions to emergency response. It does not directly get its powertrain from the LEAF as there are differences in requirements for cargo transporters. But as the world’s first electric powered commercial vehicle, the e-NV200 sets the trend.

Benefits of electric mobility from the pioneering first version in 2010 to the LEAF e+ introduced in 2019, the 500,000 customers who have chosen the LEAF have helped drivers around the world realize the benefits of electric vehicles, both in terms of sustainability and in their daily lives.

“In marking these milestones, we firstly want to express our appreciation to all the customers who have come on this electrifying journey with us. By switching to electric mobility, customers around the world have brought us all closer to a more sustainable and resilient society,” Uchida commented. The Ariya is a key model in the company’s Nissan NEXT transformation plan, under which Nissan plans to sell 1 million electrified vehicles annually by 2023, including EVs and vehicles with e-POWER electrified powertrains.

I’ve compiled a list of the 12 most important Nissan electric vehicles that came from concept to production.