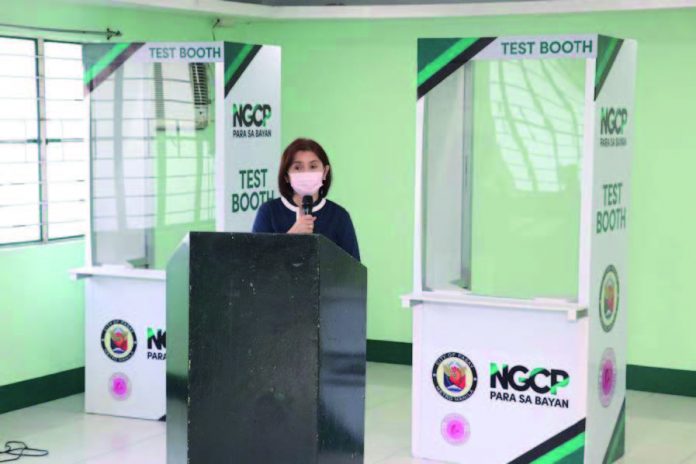 As part of its continuing efforts to help the Filipino people combat the COVID-19 pandemic, the National Grid Corporation of the Philippines (NGCP) donated test booths and COVID-19 test kits to the local government of Pasay City.

“Even with the development and impending availability of vaccines for COVID-19, testing remains a cornerstone strategy to stem the spread of the disease,” said NGCP. The company reiterated its commitment to find ways to help the country, from strengthening power transmission, to doing its part as good corporate citizens in the midst of a global health crisis.

In March 2020, NGCP pledged PhP1 Billion to the Filipino people to aid the country in its fight against the pandemic. This donation included the distribution of grocery packs to 1,028 LGUs around the country, medical supplies to more than 300 hospitals and city/municipal/rural health units nationwide, 9 ambulances to the government, mechanical ventilators, RT-PCR machines, SteraMist Systems, and other medical equipment to key hospitals around the country, a PhP10 Million donation to Project Ark, PhP10 Million donation to Kaya Natin, and a PhP5 Million donation to Project Ugnayan. Donning and doffing chambers and isolation rooms will also be donated by NGCP to identified government hospitals.

NGCP’s President and CEO Anthony L. Almeda recently appealed to lawmakers to allow private companies to import, tax free, doses of the COVID-19 vaccine for the use of its employees. According to Mr. Almeda, a vaccination program for the private sector will help get the economy up and running with more businesses and industries going back to their normal activities.

NGCP is a Filipino-led, privately owned company in charge of operating, maintaining, and developing the country’s power grid, led by majority shareholders and Vice Chairman of the Board Henry Sy, Jr. and Co-Vice Chairman Robert Coyiuto, Jr.