They are called modern-day heroes, contributing over 10% to the domestic economy through the remittances that they send to their families here in the country. Last year, total remittances by overseas Filipinos reached a record-high of $33.5 billion. Their personal sacrifice does not only provide their own families a better future but has also helped keep the Philippine economy robust through the years.

However, the global pandemic has already affected many of our overseas Filipino workers (OFWs), with some already forced to go home because they have lost job opportunities overseas. Hundreds of thousands of land and sea-based Filipino workers have already started coming home with no means of supporting their families.

Christmas time is traditionally meant for happy reunions, but this year, there is uncertainty for many OFWs and their families.

One of them is Glenn Dela Cerna who just came home from the Middle East for a three-month vacation last January but was forced to stay here when COVID-19 practically closed all borders across the world.

“Ang daming tumatakbo sa isip ko…Kelan kaya ako makakabalik sa trabaho? Ang pera puro labas pero walang pumapasok (So many thoughts were running in my mind…When would I be able to come back to work? The money just keeps on going out but nothing is coming in,),” he lamented. 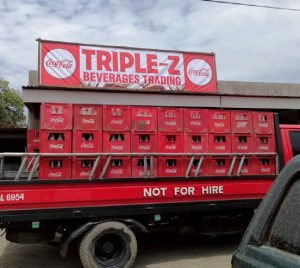 With the mission of making Christmas a happy celebration for many balikbayanis like Glenn, Coca-Cola has partnered with government agencies Overseas Workers Welfare Administration (OWWA) of the Department of Labor and Employment (DOLE), Technical Education and Skills Development Authority (TESDA), and the Philippine Trade Training Center (PTTC), an attached agency of the Department of Trade and Industry (DTI) to help these returning OFWs bounce back from the crisis by enabling them to rebuild their lives here.

Under the OFW Re-Integration through Skills and Entrepreneurship Program or OFW RISE, Coca-Cola and the various government agencies would jointly develop and implement the program that focuses on the economic integration of OFW returnees by empowering them to become entrepreneurs. Our balikbayanis’ coming home, as shared by OWWA Administrator Hans Leo Cacdac, is an opportunity for them to recover from this year’s crisis and to still continue fulfilling their dreams for their family.

OFW RISE aims to empower 10,000 qualified balikbayanis through web-based training on basic entrepreneurship and business idea development. This is supported by practical business coaching as well as establishing linkages to livelihood assistance and other microfinancing programs.

“Many families have had to spend their Christmases apart because one or both parents are working overseas. With OFW RISE, we hope to keep more families together this holiday season and beyond. By empowering them to be entrepreneurs, our balikbayanis can be our partners in building the economy with new enterprises that have been built through skills training and support,” says Coca-Cola Philippines Public Affairs, Communications and Sustainability Director Jonah de Lumen-Pernia.

Among the business opportunities that will open up to returning overseas Filipinos is becoming a Coca-Cola partner as distributors, wholesalers, or resellers of its beverage products under the OFW RISE program’s complementary project, Balik-Pinas.

Keeping families together and more

In the country for ten months already, Glenn Dela Cerna who worked as an electric foreman in the Middle East for 16 years, has decided to stay in the country for good after becoming a Coca-Cola distributor in his hometown in Surigao City.

He said that he has missed so many Christmases with his family already but now that he has been earning from his business, he would never leave his family again. “ Nakita ko may pera talaga sa tindahan. Wala ka pang amo. Bukod sa kita, mas makakasama mo pa ang pamilya mo (There’s money in running a store. And you are your own boss. More than the earnings, you get to be with your family,),” he said, noting that the lure of working abroad has lost its appeal and now advises fellow OFWs to come home and just start a business. 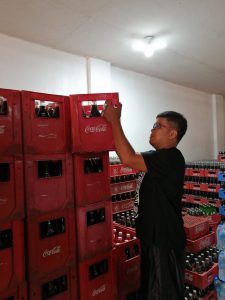 Another Balik-Pinas program partner, Jo Mari Baira left the country in 2011 to work at a construction firm in Saudi Arabia. He says it was a good thing that he heard of Balik-Pinas and applied as a distributor of Coca-Cola products in their area in Sultan Kuldarat province. His sister, also an OFW, now also plans to come home because of the success of their distributorship business.

“ Aside sa nakasama ang pamilya dito sa Pilipinas, isa sa nakakatabang puso at pakiramdam ay ‘yung nakatulong kami sa employment generation sa aming community. Napakasaya po na dati ay kami ang tumatanggap lang ng sahod, ngayon kami na rin ang nagpapasahod. (Aside from being with our family here in the Philippines, it feels good that we are able to help in employment generation in our community. We’re so happy that we used to be just receiving salary but now, we are the ones giving salary to our employees,),” he said.

Empowering women amid the pandemic 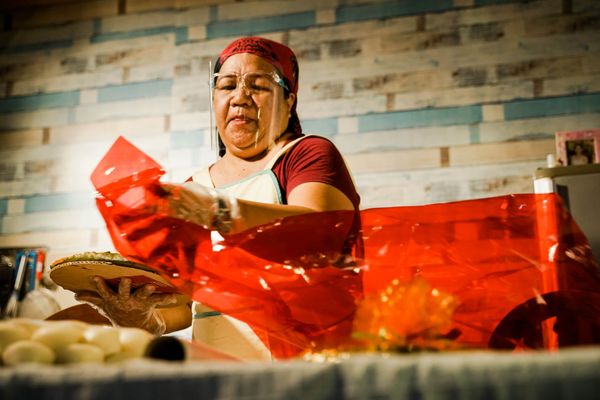 Among the OFW RISE beneficiaries was Connie Alcala who returned to the country after suffering from verbal and emotional abuse from her employer in Abu Dhabi. With the entrepreneurship training that she received, she was able to set-up Kissies Kakanin that sells rice cakes and other native delicacies in Davao del Sur. Alcala narrated that she prospected a hotel nearby as a customer who turned out to be her regular client. The pandemic affected her business however, she remains resourceful and innovative as she provides new product offers to her consumers. 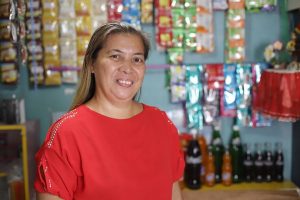 Coming from a family of OFWs, Agustina Navarro was deployed as a home service worker in Hong Kong in 1999. Her two-year contract was cut short when her employer lost her job.

Back in the Philippines with no livelihood, she decided to open a sari-sari store as she had some experience in operating one before she left for abroad.

After operating for a year, she came across the OFW RISE Program and this helped her learn how to better manage her micro business and make sure that it prospers.

She notes that the key is “tutok” and make sure to jump into opportunities like the online selling of plants now.

Message of hope for OFWs

Navarro admits the environment is still very tough but she points out that Christmas is still Christmas and what’s important is that she is with her family now, helping each other, and sharing whatever they have.

This Christmas, she sends this message to other OFWs who may be struggling now – “Wag lang mawalan ng pag-asa. Kasi hanggang may buhay may pag-asa pa, basta masipag lang.” (Never lose hope. As long as we are alive, there is hope…as long as we work hard.)

And this message of hope is what OFW RISE aims to impart to returning overseas Pinoys.

With these OFW RISE program, Coca Cola and its partners can help more balikbayanis to start afresh and have a meaningful celebration at home, with a brighter future for their family in sight.

For more information about OFW RISE, visit the facebook.com/ofwrise or contact Coca-Cola via OFWRISEprogram@gmail.com or 09772638213. Every balikbayani can also register to the OFW RISE Program by clicking here.

Palace asks Senate to give pork EO a chance