Law enforcers from the Land Transportation Office (LTO) underwent training to enforce Republic Act No. (R.A.) 11229 or the “Child Safety in Motor Vehicles Act” in preparation for the start of mandatory compliance with the law this February 2021.

ImagineLaw’s Executive Director Sophia San Luis opened the training, explaining the importance of enforcing RA 11229. “Children are one of the most vulnerable groups of people. Their bodies are not yet fully developed and they do not have the muscles yet to protect their own body in case of a crash. That is why we are advocating for the effective implementation of R.A. 11229 in the Philippines.”

Enforcers from LTO Central Office and 17 LTO regional offices attended the three-day virtual training from January 19 to 21, as LTO prepares to comply with its mandate to effectively implement R.A. 11229.

The law mandates LTO enforcers to ensure that children 12 years old and below are properly secured in child restraint systems (CRS) or car seats that are appropriate to the child’s age, weight, and height, while on the road. 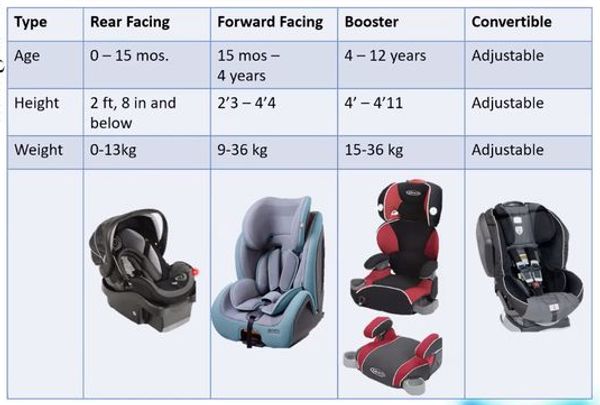 The training built the capacity of local law enforcers to carry out effective CRS enforcement to protect children on the roads. Natasha Daphne Marcelo, road safety project manager of ImagineLaw, discussed the salient points of R.A. 11229 to equip the LTO law enforcers with knowledge of the new law. LTO Law Enforcement Service Deputy Director Roberto Valera presented the draft guidelines on enforcement, including how to conduct visual inspection of motor vehicles during random safety checkpoints.

Valera highlighted that the draft guidelines on enforcement will allow drivers the opportunity to correct mistakes in the installation of the CRS, where the correction only requires minor adjustments. “As long as the LTO has ensured that the driver has made the necessary minor adjustments to properly secure the child in a CRS, we will not issue a citation ticket or a Temporary Operator’s Permit, rather we can issue a warning and guide drivers in adjusting the installation,” Valera clarified.

Since R.A. 11229 will involve child passengers, Susanj highlighted an enforcement strategy through a “soft approach”, which underlies the importance of being gentle and polite during enforcement operations to avoid causing distress to children. “Young children have physical and cognitive limitations that make them more vulnerable in road traffic than adults. Our goal is to protect their lives and so we should deal with them with full respect for their privacy, personal situation, gender, disability, and their physical, mental and moral integrity,” said Susanj.

On the last day of the training, the participants also learned about effective media campaigns that other countries employed to publicize implementation of their respective legislation on car seats. Before the training ended, Susanj reminded the enforcers that children are not the subjects of enforcement, but victims of non-compliance of drivers with the law.