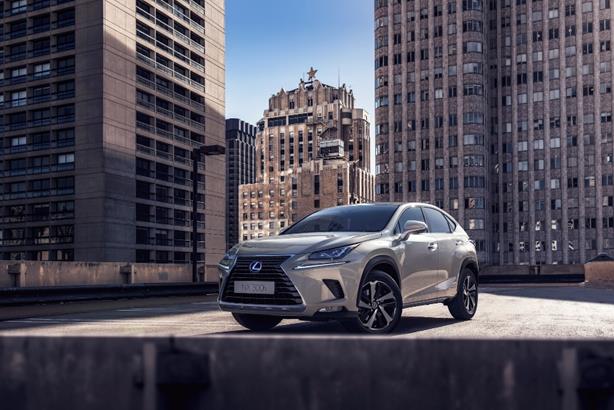 Today, the majority of luxury Self-Charging Hybrids on the road are Lexus. With almost 2 million of Lexus’ luxury hybrids sold globally, Lexus is the only premium brand with over 15 years of experience in sales and servicing of hybrid cars.

It has the widest range of Self-Charging Hybrids available, with 5 different models ranging from compact to SUV, sedans and coupes in the Philippines.

Maximizing fuel efficiency and lowering emissions was the goal, and sophisticated hybrid technology which combined motive power from the gasoline engine and the electric motor, which are proportionally engaged depending on driving conditions became available to the public through mass production. Clever engineering and out-of-the-box thinking also led to other innovations that reduce energy loss. For example, the engine automatically shuts off when the vehicle is at a standstill; and energy is regenerated by converting the vehicle’s kinetic energy into electrical energy during deceleration and braking. Hybrid technology would continue to improve through the years, and the major milestones would soon follow. In 2005, it expanded the use of this system to power-demanding SUVs; the Lexus RX 400h being the first of its kind.

Fast forward to 2016 and Lexus International would announce that it has sold over 1 million hybrid vehicles since the world’s first luxury hybrid vehicle, the RX 400h, went on sale in April 2005. Today, Lexus sells 10 hybrid models and is the luxury brand with the widest hybrid lineup.

Luxury green motoring in the Philippines

The Philippine market saw its first Lexus hybrid in the form of the CT 200h in 2011. Today, the LS, IS, RX, and NX hybrid variants are available locally.  The LS 500h flagship model is equipped with the new Lexus Multi Stage Hybrid System, a technology that transforms the performance and driver appeal of hybrids, providing improved responsiveness and more rewarding, linear acceleration, particularly when moving off from stationary.

The new IS 300 Hybrid Premier & the IS 300 Hybrid sport sedans were born and bred at the Shimoyama Technical Center ”where the toughest and most challenging roads in the world have been recreated. The outcome was an IS lineup that is agile and provocative. The IS 300h while boasting hybrid technology thoroughly espouses Lexus’ DNA.

The RX 450h, the pioneer in Luxury SUVs, makes a bold and completely new statement in this segment while building on and staying true to the pioneering values of previous hybrid RX generations.

The NX 300h also features the Lexus Multi Stage Hybrid System bringing a new level of technology and a heightened driving experience to a Lexus crossover.

The evolution of hybrid drive technology

The Multi Stage Hybrid System was developed with opposing goals in mind: to create a hybrid with a more sporting and engaging driving experience by closely aligning engine speed with throttle inputs, and to achieve the best possible balance of power and fuel consumption.

The new Multi Stage Hybrid System marries the elements of a traditional full hybrid powertrainØDusually a powerful petrol engine, a powerful electric motor and a lithium-ion battery packØDto an automatic gearbox mounted at the rear of the hybrid transmission. The electric motor generates better acceleration feel than a conventional engine, and adding physical gears more closely aligns engine speed with the driver’s inputs. The result is a much more direct connection between the accelerator pedal and vehicle acceleration, resulting in blistering zero-to-100kph times.

The Lexus Multi Stage Hybrid System also features ‘M’ Mode which gives drivers the ability to initiate direct and responsive gear shifts for the most sporting and engaging drive yet from a Lexus hybrid. A new lightweight and compact electric motor and a lithium-ion battery offset the weight of the added automatic transmission, and so the Multi Stage Hybrid System weighs the same as the current hybrid powertrainØDan amazing feat of engineering.

What lies ahead for Lexus?

Lexus has positioned Hybrid Drive as its key technology in addressing environmental issues in the 21st century, and it intends to enhance its hybrid lineup while encouraging the widespread use of hybrids. Lexus’ core vehicle technology will help reduce CO2 emissions while providing a pleasurable driving experience. Ambitious goals have been set by Lexus for 2050, and even more Lexus models will be available with hybrid technology before then helping pave the way for a greener future.