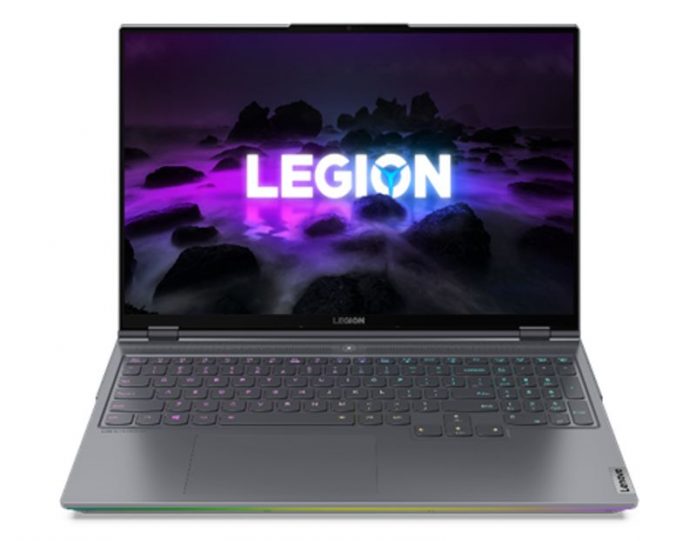 The Lenovo Legion 7 (16”) and Legion Slim 7 (15”), the Lenovo Legion 5 Pro (16”), Legion 5 (15” and 17”) will be available starting February 2021. These new laptops are packed with features to push the boundaries of laptop gaming including NVIDIA gaming processors, 16” QHD G-SYNC displays, AI-enhanced frame rates and battlefield upgrades.

Gamers are very particular about the rate and detail of visuals thus monitors and graphics cards must meet these expectations. Onboard the new Lenovos are the latest NVIDIA GeForce RTX 3000 Series Laptop GPUs that deliver what gamers and creators want. Supercharged with Ray Tracing Cores, Tensor Cores, and streaming multiprocessors, the new Legion lineup delivers the most realistic ray-traced graphics ever, cutting-edge new features, and the power of artificial intelligence.

That artificial intelligence extracts every ounce of performance from next-generation processors taking into consideration the variety of new and high requirement games. The Lenovo AI engine manages this performance smartly, by combining hardware, software, and Machine Learning that work together to overclocks the PC’s performance by routing Thermal Design Power (TDP) between the CPU and GPU to achieve maximum frames per second (FPS) in different games.

The most ideal TDP settings for top 16 triple-A gaming titles are automatically detected by the new Legion PCs with the AI Engine. Optimal settings kick in immediately once any of the games are fired up, providing the best gaming performance. For other games, the AI Engine will use machine learning to continuously tune gaming performance for maximum results.

Cooling all that power down is essential to uninterrupted gaming performance that is both stable and reliable. Maximum performance, which means many hours of gaming at maximum clock speeds with zero throttling can only be achieved with world-class thermal management.

Lenovo’s Coldfront 3.0 thermal management does that though an intelligent intake system that features turbo-charged dual-fans and quad-channel exhausts with vapor chamber technology (selected models), the new Legion laptops move higher volumes of air through components to dissipate heat rapidly. This massive cooling process is further enhanced with the use of highly efficient thermal conduction materials.

Audiophiles may not know Nahimic as much as gamers do because the brand has put a lot of effort into using algorithms that bring 360-degree audio that is immersive and natural. The technology features Night Mode with smart volume reduction, and Sound Tracker that visually points out a sound’s source and direction in a game.

Nahimic also provides background noise suppression for crystal clear voice chats. You can stream audio from your PC to two gaming headsets with the new Sound Sharing feature without using audio adapters, and with Bluetooth Link feature, you can add BT speakers to create a surround sound field.

Accessories that up the game

Lenovo Vantage. The powerful onboard software allows users to optimize the Legion’s settings and personalize their experience. With the new Vantage Smart Performance Services self-diagnostic feature, Vantage can reduce PC downtime by scanning, detecting and removing spyware, malware and adware, fix network and access issues, and automatically tune up the PC.

Stop forgetting to charge the headset, mouse or smartphone between intense gaming matches.

The new Lenovo Legion S600 Gaming Station has an always-on charging capability that solves multiple power problems at once.

It features hang-to-charge technology for the new Lenovo Legion H600 Wireless Gaming Headset and a Qi-enabled base that charges compatible smartphones (up to 10W output) and other supported devices such as wireless gaming mice.

The station’s modern-looking stand is lightweight at just 919 grams and features two USB-A pass-through ports on the bottom for high-speed connectivity and device charging.

When milliseconds count, a poor wireless connection can mean defeat, as can poor in-game sound and latency. The Lenovo Legion H600 Wireless Gaming Headset provides tournament-grade audio and sports a premium 2.4GHz lossless wireless receiver with an impressive receiving distance of up to 12m and latency of under 35ms.

Carefully tuned for optimal clamping force and angle, the headband stretches and retracts to fit your head nicely and remain flat around your neck during breaks. The angle-adjustable earcups are made from memory foam and covered in a breathable cloth for ultimate gaming comfort.