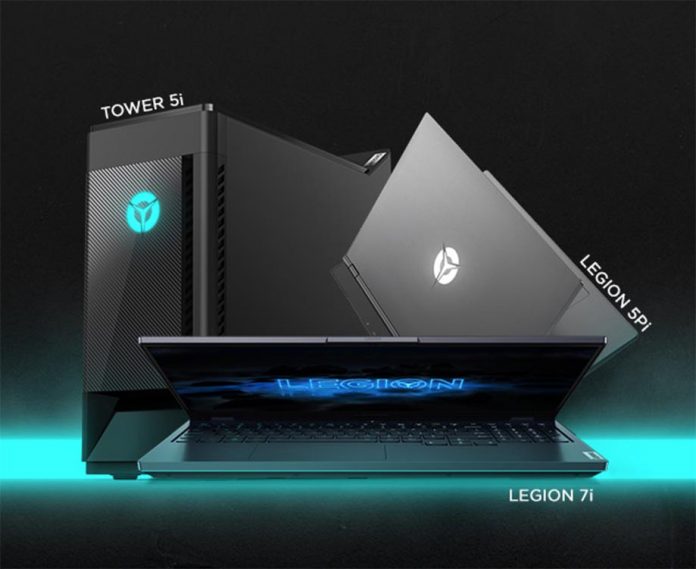 AT a virtual product launch, specific for the Asia-Pacific region, Lenovo’s high-performance Legion brand introduced 5 new computers that carry technology upgrades that respond to what the new generation of gamers want. These Windows 10 PCs are built with innovations common to the line up to ensure the kind of performance gamers look for.

This latest series of Lenovo Legion PCs are “equipping gamers with a smarter class of gear with our unique blend of uncompromised engineering and industrial design,” says Michael Ngan, Lenovo Philippines General Manager and President at the virtual press conference.

“Stylish on the outside, savage on the inside,” line up is powered by the latest 10th Gen Intel Core H-Series or AMD Ryzen 4000 Series mobile processors, and up to the recently announced NVIDIA GeForce GTX 1650 Ti and RTX 2080 SUPER GPUs with Max-Q Design.

The 2020 lineup features the following Lenovo Legion laptops: the flagship 7i, the mid-range 5-series, the 5Pi, 5i and 5 which are differentiated by processor, screen size; the IdeaPad Gaming 3i and the refreshed Lenovo Legion Y740Si. For desktops Lenovo presented the Legion Tower 5i and the IdeaCentre Gaming 5i which essentially carries the electronics of the 5i but in a self-contained tower. Except when indicated, the new computers will be available by June 2020. 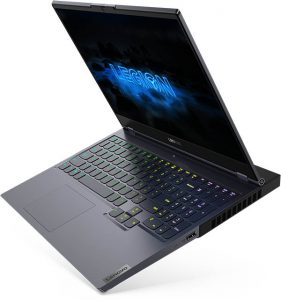 The 7i is the premium 15” gaming laptop that delivers unbridled performance for the most demanding users. Featuring an all-metal exterior and available in a sleek Slate Grey hue and stylish RGB lighting accents along the base and through the cooling vents, this 2.2kg laptop packs serious punch. It is fitted with up to 10th Gen Intel Core i9 H-Series overclocked mobile processors and advanced thermal management and is priced from P119,995.

The 5Pi is the advanced 15” gaming laptop for gamers who desire the balance of style and adrenalin. Its minimalist design with white-backlit “Y” logo and subtle Iron Grey chassis will make you look great while battling others online. 5Pi laptop starts at P74,995.

The Legion 5i and 5 are the mainstream gaming laptops offering several configuration options that support faster Wi-Fi 6 and Dolby Atmos, and come in a Phantom Black hue and with Rapid Charge Pro. They also come with up to 16GB DDR4 memory and 1TB PCIe SSD storage.

The 5i is fitted with the latest 10th Generation Intel Core H-series processors, NVIDIA GeForce RTX 2060 or GTX GPUs. The Legion 5 offers maximum gaming performance with the latest AMD Ryzen 7 4000 H-Series Mobile Processor with 8 cores, and up to the NVIDIA GeForce RTX 2060 graphics for the visual fidelity of real-time ray tracing. The 15-inch 5i will start at P62,995 while the price of the 17-inch Lenovo Legion 5i laptop will be announced soon.

The 5 features a 15.6” IPS 1080p display with up to 144Hz refresh rate, HDR, and 100% sRGB color accuracy. Thin bezels and Dolby Vision technology create even deeper immersion in games. The AMD-based 15-inch Lenovo Legion 5 will start at P56,995.Lenovo Legion’s thinnest and lightest laptop, the Y740Si is just 1.7 kg.

A standalone BoostStation will also be available starting at P44,995.

Tower 5i is made for the avid gamer who wants a high-performance battle station. This true gaming rig has its system performance dialed to the highest settings, yet stays quieter and cooler during cinematic gaming experiences with the tower’s optional liquid-cooling system. Adding an NVIDIA GeForce RTX 2080 SUPER GPU gets ultrafast frame rates with 4K resolution The Tower 5i desktop is priced at P72,995.

Gamers who want to level up without breaking the bank will love the new IdeaPad Gaming 3i laptop.

Designed to eliminate screen stuttering, slow game loads, and blistering keyboards, the 15-inch IdeaPad Gaming 3i laptop with an optional 120Hz refresh rate features an up to 10th Gen Intel Core i7 H-Series mobile processor. It will offer AMD Ryzen mobile processors as an option later this year. Price is expected to start at P52,995

All these new computers share important Lenovo Legion technologies which include:

Coldfront 2.0. Gamers can extract maximum performance from their rigs through the next-generation thermal efficiencies of Lenovo Legion Coldfront 2.0. This is the synergy of hardware and software that promotes better airflow, lower system temperatures to keep your Lenovo Legion laptop cool and quiet.

TrueStrike keyboard. The keyboard is one peripheral that easily deteriorates, whether by gameplay or normal use. Lenovo introduced TrueStrike keyboard which is precision-crafted to deliver 100 percent anti-ghosting, sub-millisecond response times, and ‘soft-landing’ switches resulting in hair-trigger accuracy. Gamers can feel a more tactile gaming experience due to its superior key travel via its second transition curve design. The keyboard layout is ideal for gaming with full-sized keys and number pad, larger one-piece trackpad, arrow keys plus dedicated media keys that will illuminate in over 16 million colors with Corsair iCUE support on the Lenovo Legion 7i, and optional 4-zone RGB lighting on the other new Lenovo Legion laptop models. Built to withstand heavy long-term use, Lenovo Legion TrueStrike keyboards feature an anti-oil coating to resist abrasion.

Improved battery life. Lenovo Legion gaming PCs will be first to feature the new Advanced Optimus designed in collaboration with NVIDIA to boost battery life. Advanced Optimus dynamically switches between the use of the Integrated Graphic Processing Unit (found on the CPU) for more battery life, to the discrete NVIDIA GPU for higher frames per second. All this happens without a need to reboot the machine. If gamers want to manually disable their discrete GPU for longer battery life, they can do so using Lenovo Vantage software’s Hybrid Mode. Lenovo Q-Control 3.0 also lets users switch between three settings for system voltage and fan speeds – Performance, Quiet, and Balanced. Other power-enhancing features include Rapid Charge Pro (from 0 to 50 percent battery in 30 minutes) and battery sip feature (instinctively releases power in small doses for more battery life consistency).

Brilliant Displays. Lenovo Legion display panel’s capabilities are highly proactive and performance-oriented with Dolby Vision which offers deeper blacks and brighter whites without washing out color or contrast. The brand also offers panels of up to 240hz refresh rates at under 1ms response times for ultra-smooth cinematics without screen tearing.