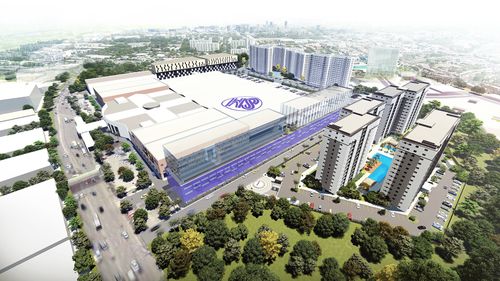 SM Development Corp. (SMDC) has been building “Homes Beside the Mall” for more than a decade long before condominium projects incorporated retail and commercial components into their developments.

These “homes” are residential structures strategically placed across the street from, behind, or even adjacent to some of SM’s most prominent Supermalls.

Residents in SMDC condominiums get access to supermarkets or hypermarkets,

pharmacies, and convenience stores, fashion and other retail brands, restaurants as well as entertainment

Las Piñas, one of Manila’s fastest growing southern suburbs, is one area that has seen the impact of homes beside the mall.

In recent years, SM Southmall – the first major mall of its kind in the southern part of the city – has grown into a premier lifestyle hub: a growing community in and of itself with a residential enclave rising around it.

Following Southmall’s success, SMDC is embarking on a second development within the property.

Primed for further growth, Southmall has evolved into a self-contained community.

Alongside the mall is the two-tower, eight-storey SM South Tower Offices, which hosts both global and local companies. The retail tenants on the ground floor have also enriched the community in terms of service offerings as these include a branch of The Medical City, authentic Chinese restaurants as well as a branch of the AlfaMart chain. The towers have 1,528 parking slots between them and the Sky Garden on the 5th floor provides the perfect respite from the daily grind.

Part of Southmall’s future development also includes an area within its vicinity that has been earmarked as the site for a renowned university.

As it is, business process outsourcing companies have been setting up shop within the vicinity and a number of key corporations have relocated to nearby Alabang and Parañaque.

The area is also close to a number of good schools and universities, making it an ideal place in which to raise a family. Utilities such as good laundries and payment centers abound, and the safety of the zone is assured by the continued presence of the local fire and police departments. Healthcare is also not an issue: the Asian Hospital Medical Center, Perpetual Help Hospital, and other smaller clinics are within reach. As for transportation, SM Southmall has long had its own transport terminal where public utility vehicles move commuters to and from various parts of the city for work or school.