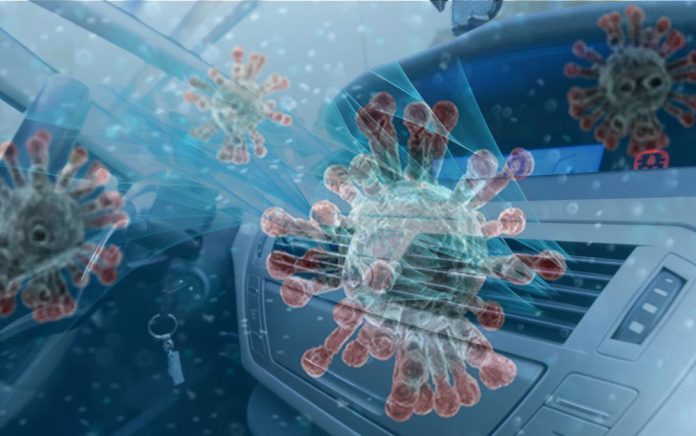 TWO of the largest infectious disease control authorities in the world have confirmed that good air circulation in vehicles when traveling can help deter the transmission of the COVID-19-causing virus. This runs counter to some previous declarations that it is safer to travel in vehicles with the windows shut and airconditioner recirculating air in the cabin.

Studies that were done separately by the US Center for Disease Control (CDC) and the European Center for Disease Prevention and Control (ECDC for the EU-EEA) confirmed that the COVID-19 virus can thrive and is transmitted more easily when there is poor exchange of air or confined spaces. Though also associated with increased transmission of respiratory infections, the SARS-CoV-2 can persist even in smaller droplets also called aerosols.

A study by ECED epidemiologists indicated that traveling in buses for example,–even with physical distancing,–but without outside air circulating inside the vehicles may cause multiple infections. There was evidence gathered in Italy wherein contact tracing pointed to people mingling with those who were asymptomatic or pre-symptomatic in buses.

“COVID-19 is thought to be primarily transmitted via large respiratory droplets, however, an increasing number of outbreak reports implicate the role of aerosols which can remain in the air longer. This contributed to COVID-19 outbreaks,” the study reported.

It also said that indoor environments prolong the duration of infectivity. Though factors like temperature, humidity come into play, air circulation was determined to be the major source of transmission.

“It is possible for COVID-19 aerosols to spread through air conditioning systems within a building or vehicle if the air is recirculated. Thus, good air circulation or ventilation is important in stopping the spread of the virus,” the EDEC study said.

The US CDC has similar findings also confirming that restricted airflow does contain the virus which may cause it to spread but added that in vehicles contact with high touch surfaces complicate the situation. It has offered guidance to drivers of ride-share, food-delivery and non-emergency vehicles on cleaning and disinfecting vehicles during the pandemic.

Last month, the US Mobile Air Conditioning Society (MACS) asked the Environmental Protection Agency, (EPA) the CDC and Occupational Safety and Health Administration (OSHA) for guidelines on cleaning during the pandemic, pointing to the “unique challenge” posed by car interiors.

“Each vehicle cabin is a small, self-contained, climate-controlled environment, which restricts movement, requires close contact of occupants, and repeated touching of interior surfaces,” MACS CEO Andy Fiffick said in a letter his group wrote to the CDC.

In response, the CDC provided guidelines for vehicle disinfection. These included a detailed on systems such as “blow out” which involves the use of the vehicle’s air conditioning system to expel out the possible viruses by setting the heaters on for an extended period of time. It also recommended driving with the windows down instead of having a confined space with the air conditioner on and the “recirculate” button switched on.

It is unclear in both reports if switching on the “recirculate” button in the air conditioning system will have the same function as opening the windows to allow fresh air in.