GEELY Technology Group subsidiary, Geespace is slated to introduce OmniCloud, its own satellite-based AI cloud platform along with the launch of its first two satellites to coincide with the 50th anniversary of China’s first satellite launch. 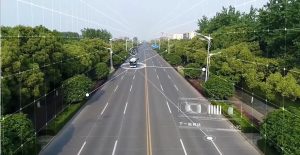 OmniCloud is an open online platform that utilizes satellite network data to provide support for satellite-based products and services. Via OmniCloud, urban traffic management can be made more efficient through services such as high-precision positioning data for vehicles, artificial intelligence, and public transportation fleet management, and ride-hailing, -sharing management.

The strength of OmniCloud in China, for example, will be the management of its horrendous traffic in the city centers. By determining, from a satellite’s eye view, areas of congestion and actual alternative routes but with real-time precision, OmniCloud can not only propose, or redirect vehicular traffic, it can also model best traffic routes, in case of an accident.

Current navigation systems such as Waze use crowdsourced data, while GPS, though dependent on satellite inputs does not have the computing advantage of using big data and artificial intelligence. Included in OmniCloud’s long term goals is its use for autonomous driving vehicles, particularly public commuter buses.

According to Geespace, its satellite will undergo final validation testing before being shipped to Jiuquan Satellite Launch Center for launch into low-orbit soon.

“With our feet on the ground, we should always keep an eye on the wider universe. We should protect the environment on earth and push for sustainable development here, but at the same time we should also look to develop in stars as well,” Li Shufu, Zhejiang Geely Holding Group Chairman said. He first presented this vision for the future of Geely Holding’s transition towards being a technology-driven company with social innovation at its core in 2010.

This vision includes the development of autonomous drive. As OmniCloud will be able to monitor surroundings through the use of fully connected infrastructure and vehicles, it can assist with AI decision making to support safe and highly autonomous drive. In the industrial sector, the platform can provide support with the help of sensors on manufacturing equipment, allowing operators to remotely monitor, control, and maintain equipment anytime and anywhere.

Geespace satellites represent Geely’s support and investment in new infrastructure. This new satellite network will not only provide support for it’s own three-dimensional mobility ecology, but it will also support future mobility, intelligent manufacturing, unmanned drone flight, urban management, and other applications. 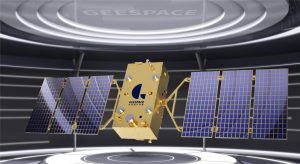 In 2018, Geely Holding entered the aerospace industry with the establishment of Geespace under Geely Technology Group with the purpose of developing, launching, and operation of low-orbit satellites, the first of which will be launched in the second half of 2020. The first two satellites have been successfully produced and verified with all performance metrics meeting design specifications ahead of further testing environmental testing. These are designed to provide users with high-precision, centimeter-accurate positioning services and support the operation of OmniCloud.