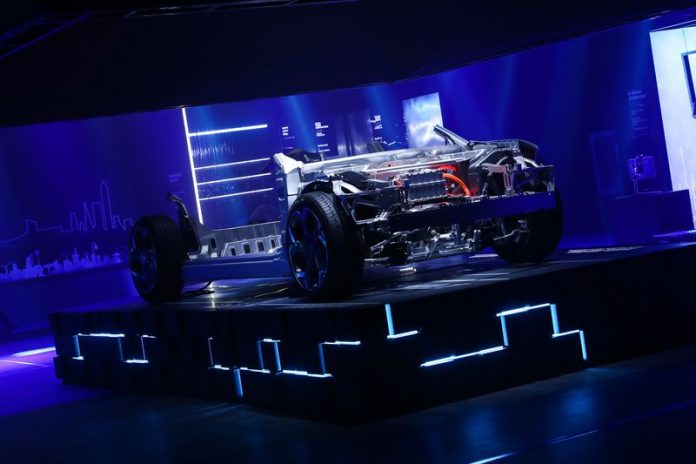 WITH the increasing demand for electrified vehicles and the need to reduce development time of new models, modular manufacturing is fast becoming the new standard in the automotive industry. Recently, Zhejiang Geely Holding Group (Geely Holding) announced the launch of its Sustainable Experience Architecture (SEA) which will become the cornerstone of the Group’s entire electric vehicle strategy.

The SEA is the world’s first open-source electric vehicle architecture. It was developed from the ground up to improve the users’ driving experience. It lays the foundation for a three-layered ecosystem around whole vehicles, automotive systems, and the Internet of vehicles. The SEA is the world’s most versatile vehicle architecture and the most efficient smart electric vehicle solution.

With scientific and technological advances in six major areas, the SEA opens the door to a more intelligent, more convenient drive experience for users around the world. It is the world’s most versatile vehicle architecture, able to accommodate A through E-class vehicles including sedans, SUVs, MPVs, city cars, sports cars, trucks and other future vehicles. At the same time, SEA architecture also offers the most efficient smart electric vehicle solution, revolutionizing the software development cycle for vehicles and shortening development time by more than 50 percent.

The SEA was developed from the ground up to bring users a smarter and more convenient drive experience with continuous innovations in areas of interior space, electric power, smart connectivity, autonomous driving, safety, and performance.

The SEA is an important milestone in Geely’s transformation from being an automobile manufacturer to a mobility technology service provider. Developing the transformative electric vehicle architecture marks one of the biggest technological advances made by Geely in over a decade. Currently, more than 7 brands are developing 16 new models on the new architecture for different market segments. Mr. An Conghui, President of Geely Holding Group, CEO and President of Geely Automobile Group, said: “According to current plans, from 2021, a number of new vehicles based on SEA will be launched one after another. Starting from this year, we will see the rapid development of smart electric vehicles leading to the transformation of Geely.”

The SEA can support the development of models with a wheelbase ranging from 1800mm to 3300mm. A vehicle built on the SEA offers larger interior space than competitive models within the same segment. The SEA not only enables the development of vehicles with increased interior space, but it also enables brands to better meet the users’ personalized demands by offering greater design freedom.

The SEA adopts a three-tiered power management system based around the vehicle’s e-motors, battery management system and charging ecology. The battery has been tested to be able to retain its range without degradation for at least 200,000km and have a design life of 2,000,000km under NEDC operating conditions. The 110kWh modular CTP integrated battery eliminates range anxiety with a long battery range of 700km. The SEA can accommodate e-motors with power outputs of up to 475kW. In addition, it is equipped with an independently developed high-performance two-speed EV transmission with maximum torque of 8000Nm. In terms of charging speed, the SEA supports an ultra-high speed 800-volt charging system, which can recharge 120 kilometers of range in less than 5 minutes.

The SEA OS is an operating system developed to support a highly integrated vehicle architecture that breaks the boundaries between hardware, software, and the cloud. Geely will also independently develop core vehicle chip components in the future. Currently, more than 4000 API interfaces have been made accessible, opening the door to full scenario, full life OTA updates and helping keep SEA models optimized throughout their life. The SEA takes global safety to a new level and protects users’ lives, health, property, and privacy with 9 different systems. All products developed on the architecture will pass global five-star safety tests. In terms of the safety of its electric power modules, more than 202 tests were performed on the battery pack + cells. Among those tests, SEA excelled in the side pillar crash test, which is crucial in protecting vehicle batteries and ensuring that SEA models surpass the most rigorous international safety standards. To protect user data in an increasingly connected world, the SEA was developed to meet European and American GDPR requirements and is the first vehicle architecture to support a dedicated encryption chip on its 5G Tbox.

Performance: 50:50 balanced chassis weight distribution,
0 to 100 kilometers per hour in under 3 seconds

The SEA is a dedicated high-performance vehicle architecture built around its battery module for pure electric vehicles, which not only results in a low center of gravity, but also a 50:50 balanced front to rear chassis weight distribution. Products based on this architecture can be equipped with a high-performance electric four-wheel drive system capable of millisecond-speed power distribution as well as a dual-motor setup providing more than 600kW of power and making it possible to accelerate from 0 to 100 km/h in under 3 seconds.

What fatherhood has taught Baron