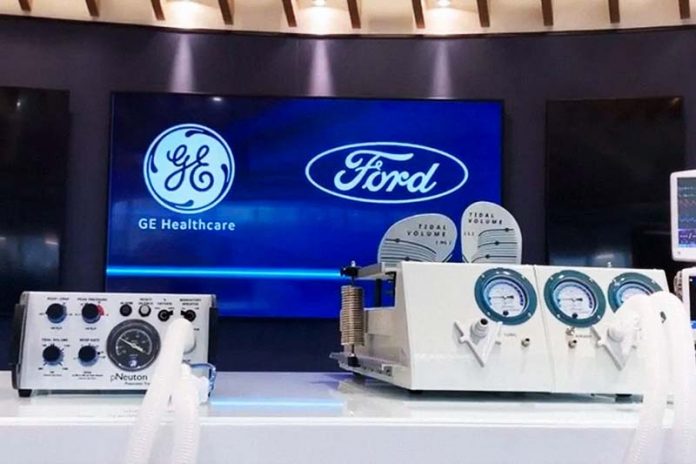 AFTER its announcement that it will make 50,000 ventilators in 100 days, Ford Motor Company in the US is set to ship the first 1,500 units by the end of April. Production for this first batch of ventilators started last April 20.

Made at the Ford’s Rawsonville Components Plant in Michigan, the ventilators take full advantage of the car maker’s manufacturing capabilities to quickly scale production. The ventilator’s production is a partnership with GE Healthcare which provides its clinical expertise and Airon Corp.–a small, privately held company specializing in high-tech pneumatic life support products.

GE Healthcare leveraged on the simple yet efficient Airon design to Ford’s attention as part of the companies’ efforts to scale production of ventilators quickly to help clinicians treat COVID-19 patients, as it operates on air pressure without the need for electricity.

“The Ford and GE Healthcare teams, working creatively and tirelessly, have found a way to produce this vitally needed ventilator quickly and in meaningful numbers. By producing this ventilator in Michigan, in strong partnership with the United Auto Workers (UAW), we can help health care workers save lives, and that’s our No. 1 priority,” said Jim Hackett, Ford’s president and CEO.

Ford initially sent a team to work with Airon to boost production in their Florida plant before transferring production to its Ypsilanti, Michigan plant, quickly ramping up to reach full production to help meet surging demand. After the first 50,000 ventilators, Ford can produce 30,000 of the devices a month as needed.

“We applaud Ford for its efforts to lend its manufacturing capabilities to help quickly scale the Airon-licensed Model A-E ventilator and arm clinicians in the fight against COVID-19,” said GE Healthcare President and CEO Kieran Murphy said in a press statement.

The Rawsonville plant will produce the ventilators nearly around the clock, with 500 paid volunteer UAW-represented employees working on three shifts.

The ventilator is designed for quick setup, making it easy for healthcare workers to use – and can be deployed in an emergency room setting, during special procedures or in an intensive care unit, wherever the patient may be located. — with reports from Reuters, Ford Motor Co. Media Center