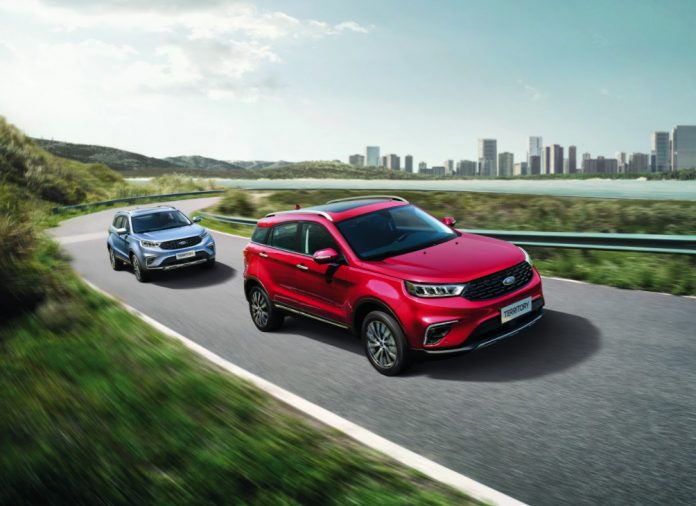 GREASE was the first movie I saw that featured drive-in movies. It was an educational movie, demonstrating what couples do in a car, while in a drive in movie.

Fast forward to SM MOA’s “Drive-In By the Bay” where Ford, using its new Territory, treated us (that’s myself and my wife) to the Korean sci-fi thriller “Train 2 Busan: Peninsula.” Having watched the first movie we were naturally drawn to see what happens in the sequel—to see if the little girl turned out to be a warrior and save South Korea from the doom it heaped upon itself. Disappointingly, we had none of that. 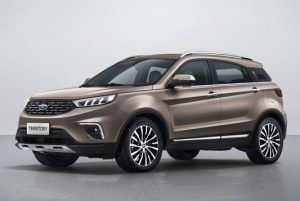 (In the meantime, if the previous “Train to Busan” story line were to be followed, North of the 38th Parallel, the actual zombies of the Supreme Leader were unaffected by the vicious pandemic that wiped out the SoKor peninsula.)

But this is not a movie review and that’s not the story here. This is all about the Ford Territory.

Since most of the time Ludi and I were lodged in the new Territory (too scared to breathe the air in Manila, perhaps) we found just how comfy and neat this compact SUV interiors were. There is, for example, a seat cooler. You read it right. A bum chiller. A wonderful contraption. For if one, by mistake, keeps the gigantic sunroof’s shade open and heats up the cabin to oven-like temperatures, the two front seats can cool down from toasty to chilled in five minutes or less.

(It can do the reverse and heat up the seats to a slightly feverish temp, about 38 degrees, if the Lazada-procured stick-on thermometer didn’t lie.)

There is a premium-ness to all of the soft-touch and molded surfaces inside the car. Premium-ness because such attention to detail is not expected in this price range. For example, when the mushy mix of ketchup and mayonnaise violently dripped on the seats, the water repellant fiber simply did not accept defeat. A couple of wet tissues and the problem is solved. Ford will never know I stained the new, nice black fabric seats.

In the middle of the console just below the 10-inch infotainment system are five switches, that again look like they were picked from an 8-track player. Or a MIG-21. Whatever the design inspiration was, the were cool to look at and to touch.

Push to operate for the aircon blower, the auto aircon on, the hazard, the windshield vent and the rear defogger. Also on the nostalgia-inspired list is aircon vent control knobs that look like they were pulled off from the volume control of that same seventies Clarion 8-track radio. The faux-wood finish that runs the length of the dash breaks up all the chromey bits.

Now that 10-inch screen was a bit of a bother. Not only could I figure out how to switch it off while the movie was going on, it was also difficult to navigate through. The user interface was unclear and needed getting used to. It get nastier when moving. Although one is not supposed to get distracted fiddling with touch sensitive screen when the Territory is in motion, it is sometimes needed.

And it gets frustrating. Why?

Well, for one, the aircon controls are mostly run from the infotainment system. There has to be a faster way to activate and deactivate it without exiting the applications on screen.

But I forget all that frustration and disappointment when I looked up to long panoramic sunroof that runs almost the length of the car and is standard on all variants. We kept it open as we drove from Laguna to Mall of Asia, which by normal measures was undeterred and uneventful, not even a “naipit kami sa traffic” story to tell.

The Ford Territory uses a 1.5-liter inline-4 EcoBoost turbocharged gasoline engine that produces 143 hp from 4,500 to 5,200 rpm and 225 Nm of torque from 1,500 to 4,000 rpm. Pretty impressive for a small block. What is more impressive though is the smooth gear shifting and the properly spaced cogs—nothing like a well-balanced run of acceleration and needed pull. That gearing also contributes to better fuel mileage, as the right foot is constrained from pressing down too much since there is motion with a mild grunt. And extremely quiet too.

Though the inexperienced may want to see some drag-racing speed in the Territory, those more mature in their driving habits will appreciate what seems to be a lag in the CVT. The delay actually smoothens out power transfer, and getting from stop to go fast is not going to be linear. It will just be moving along.

Driving to Manila also put the Automatic Cruise Control to its paces. Though at first I fumbled with the controls (which was a little stubble by the steering column below the headlight controls) once I discovered how to use it and let the car pace itself with all the sensors working, it was an easy drive both ways. I tried not to push the brakes just to see the extent by which the ACC kept its distance, and it was awesome. Another awesome feature is the Ford Co-Pilot360. The upper crust Titanium variant has it and features a likeness of the car on the screen to tell the driver things like blind spots and distance to an obstacle. The SUV also has that fancy automatic parking which I was not able to try because in the provencal-ness of where I live, civilized parallel parking does not exist.

And finally as I had been twiddling with the steering wheel mounted controls and figured out how to get the “sports” theme out on the dash I recognized that the movie was about to start. I suggested to Ludi that we move to the back seat and watch the movie from there. But she was too busy finishing her chicken shawarma. Well, I had a beef and chicken kebab and pita bread to munch on. And hotdogs and popcorn to follow.

The drive-in cinema is a new territory for the post pandemic world to get used to.

Experiencing it in the Territory just makes it a much better.

‘Adamos has what it takes’

Who can beat PBA deadline?