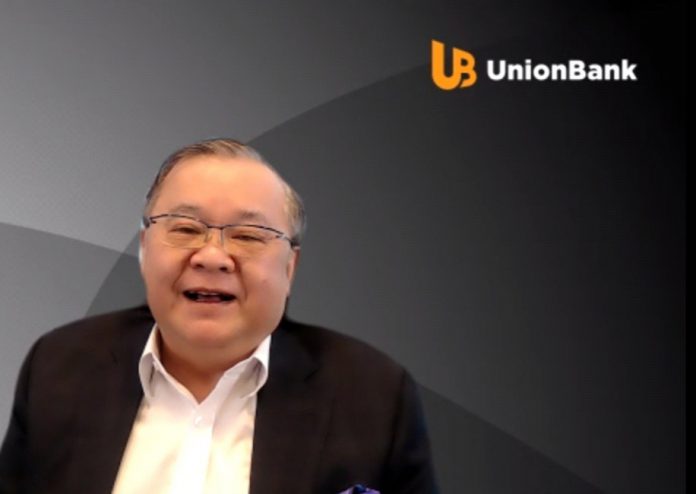 DOES digitalization lead to a renaissance?

When Unionbank decided to take this journey to digitalization in 2016, Malaya Business Insight was there. And when Unionbank president and CEO Edwin Bautista announced his vision to become a fully digital bank and even one of the top three universal banks in the country by 2020, he had is finger on the launch button early.

Driven by a desire to serve its customers better, Bautista knew even then that digitalization was the key to achieve this vision. He confirmed this and other milestones at the December 9 “E-Talk Tales” webinar, the seventh of many in an ongoing series.

Need proof of Unionbanks’s customer-first focus? It was named ‘second most helpful bank in Asia-Pacific’ in the BankQuality Consumer Survey on Retail Banks that was conducted in April. A clear commitment to its customers, the bank switched on all its tech to ensure that its essential banking services remained accessible and reliable the whole day, every week during the enhanced community quarantine period, a time when uncertainties ran rampant and the needs of customers could change at any time.

The Bank helped the government in the disbursement of the Department of Social Welfare and Development (DSWD)’s Social Amelioration Program (SAP) cash assistance to 700,000 beneficiaries amounting to P4.9 billion. It also assisted partner Local Government Units (LGUs) in the distribution of cash or loan proceeds to constituents.

Using its MSME platform GlobalLinker, the bank helped countless micro, small, and medium enterprises (MSMEs) to rapidly digitize amid the pandemic. Through MSME-learning platforms Sentro, SeekCap, and bux, which are offered by its fintech spinoff UBX, the MSME’s digitalization goals were completed.

Another sector of society that UnionBank was able to assist especially at the height of the pandemic were teachers, with the help of its thrift bank subsidiary CitySavings Bank. To date, CitySavings has extended a total of P26.1 billion in teachers’ loans, P3.2 billion in motorcycle loans, and 2.9 billion in MSME loans to beneficiaries.

UnionBank has begun the next major phase in its digital transformation journey. But new brick-and-mortar branches are not part of the idea.

“The number of branches we have opened since the beginning of the year is zero,” Bautista said responding to a question from the media. He continued to explain how after displaying its resilience in the face of an unprecedented global health crisis, the bank is now moving to a renaissance in innovation and co-creation.

“We innovated by introducing the Unionbank ARK, the idea of a centrally located spot where people can come together, collaborate, and where banking services are more simplified. This may not be the idea for 2021 anymore,” Bautista explained saying that pandemic also changed the bank’s plans.

He does not worry, however, as the bank is agile and quick to adopt and adapt.

He mentions extensive use of data science and Artificial Intelligence, citing Rafa, the bank’s human interaction chatbot. Bautista specified how this digital renaissance can be achieved with both data science and AI by implementing these across various verticals within the bank, from mobile banking to credit, from algorithms to operational enhancements, among others.

In previous sessions, it was revealed that the bank utilizes 90 percent of its capital expense annually to ensure success in its digital transformation journey. The results can be seen and felt by customers through the Unionbank app, which links flawlessly with most payment gateways but as well as how it responds to rapid changes—pandemic or not.

Among banks, it leads the practice of the agile methodology, which enables it to react quickly to any situation and achieve innovation at a much faster rate. To be one step ahead of customer demands it needed to be even quicker.  Thus the migration to an even faster way of working Unionbank calls “DevSecOps.”

Short for “development, security, and operations,” DevSecOps aims to integrate security into every stage of the development-deployment cycle. With this new methodology, it has been able, among other advantages, to test new features that they develop much faster and deploy the said features on an almost real-time basis. Moving forward, DevSecOps will play a key role in the creation of new services for the Bank.

“This is really the time wherein, together we can usher in a renaissance in the area of banking and technology. It’s an area where the Philippines can not only be a fast follower but can actually be a trailblazer in the banking world,” Bautista said.