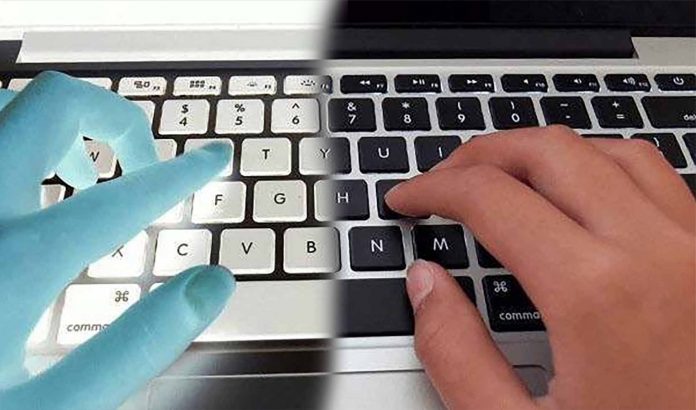 LAILA F., 35 is a public school teacher. Locked down in her dorm in Manila, and unable to go back to her hometown—just 255 kilometers up North—she was drawn to a job offer from a colleague who worked as an “influencer” in a Facebook page “Trending Balita Pilipinas.”

For her to do what she needed to do, Laila and her friend Teresa K., (Mammi Tess to her pagemates) had to use create these names and profiles as their masks. Their real names and nicknames, addresses and jobs are very different. Creating the online profiles that made them anonymous is also the reason for their being very “brave” and “noisy” online.

Laila and Teresa are not the only anonymous accounts online. There are many and according to global cybersecurity expert Kaspersky, more than 3-in-10 users in Asia Pacific (APAC) admitted to having a social media profile without their real names, photos, and personally identifiable information (PII).

Conducted in November 2020 with some 1,240 respondents from the region, the “Digital Reputation” research shows that the power of anonymity is being used the most in Southeast Asia at 35 percent followed by South Asia at 28 percent and Australia at 20 percent.

Digital reputation is so important Laila whose actual age is 38, pretends to be 23 in her profile and Teresa, 43, even has enhanced photos to show she is only 25. The reason for the façade? They need to protect their future lives, as social media is now being used for verification. 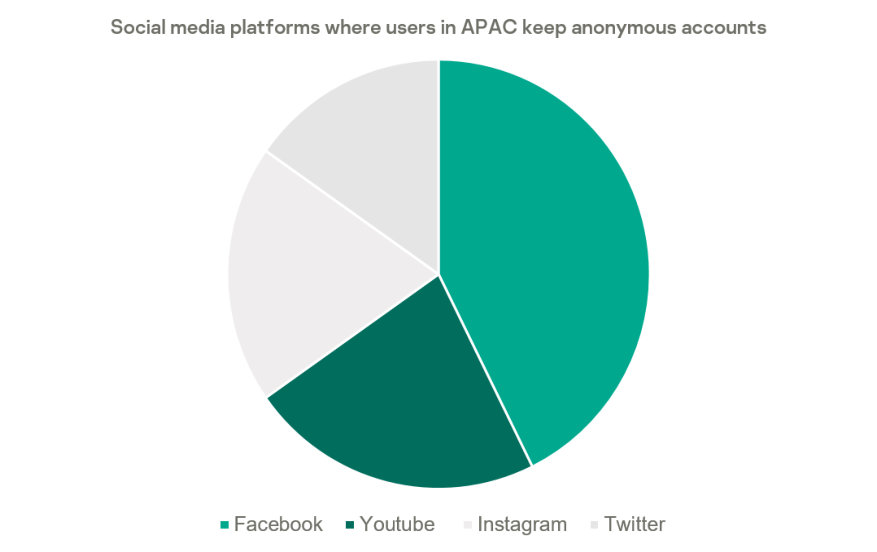 While it may be frowned upon at first glance, the use of “nameless and faceless profiles” is two-pronged. Survey results revealed how this reality allows individuals to chase their passions and to harness free speech but at the same time to conduct malicious and harmful activities.

Leo P. Tan is a made-up person whose political views against the Duterte administration is very direct. Using the monicker Colonel Ohseedee, the account was made by a military reservist in 2015—before the elections—to prepare for what he said was his onslaught against the possible abuses of the government. Having worked in Davao for 6 years after a re-assignment of his actual job, a sales manager at a feeds factory.

Leo is part of the  49 percent of those surveyed who stated that they use anonymous accounts to exercise their freedom of speech without affecting their reputation. The flipside of that is 48 percent of those who desire anonymity wanted to indulge in their secret interests that they were not too keen on having their friends find out about.

Of those not wanting to have their friends know what they are up to is a student, hiding under a façade on Twitter. Her indulgence? Seeking older men to finance her many desires for travel in exchange for companionship. At 28 years old “Narmie” pretends to be 20 and dons the uniform of a college girl in Bacolod.

More than a quarter (34 percent) also use these accounts to be able to disagree with someone or a news online “without using my real identity.” Although 30 percent used an anonymous social media account for the fairly innocuous activity of sharing information about their favorite artists and interests, 22 percent were also engaged in online stalking.

Only a small percentage (3 percent) reported using an anonymous account to deflect spam emails from their actual accounts, avoid doxing, serve as an alternative for other purposes such as gaming and prevent external agencies from having access to their real email accounts.

The crux of these findings is that consumers in APAC are increasingly becoming aware of the reputation they are building online and its importance to their real lives. On this basis, it is not surprising that 49 percent of the respondents will check the social media accounts of a brand or a company before purchasing their goods or services.

“From the initial purpose of finding and connecting with friends and families, social media has evolved and will continue to evolve in unprecedented ways. It has played a key role on how we socialize and identify with each other, but now, we have arrived at a fork in the road where virtual profiles of both individuals and companies are being used as a parameter for judgment,” Yeo Siang Tiong, General Manager for Southeast Asia at Kaspersky explained.

The warning is clear: digital reputation is also linked to personal reputation. Everything that is posted on the Internet remains on the Internet, including harsh and radical judgments. These can lead to unpleasant explanations at the workplace or during hiring processes. Deleted posts don’t delete themselves overnight, and are retained in one of many servers especially after it has been shared.

Thus to ensure that things are tidy, Kaspersky recommends to delete other accounts and data. It is commonplace to have several accounts, even on email, many of which are barely used or forgotten. Many of them persist and any one of them could leak information. Taking these out is crucial.

Moreover, to prevent personal data abuse a critical and guided use of and sharing of information to apps is needed. If apps are asking for sensitive data (including bank or credit card information), take a look at its privacy policy, which might openly state that your data will be passed to third-party companies. Don’t give apps more information than necessary – think carefully about what they genuinely need and what they can do without. Remember that any information provided freely is protected by the same data privacy laws that keep this data private.

Kaspersky experts also recommend that to protect digital reputation, it’s better to be more cautious than to reveal personal information about oneself, especially on social profiles. The rules are: a) never divulge too much; b) stick to basics and share only things that are necessary and needed; c) the more your share, the more appealing you are to an attacker who is looking to steal your personal data or even your identity.

“Our latest survey confirmed that consumers now hold companies accountable for their online reputation, in the same way that individuals’ behavior on social media is now being used to determine one’s credit score, to screen one’s employability, and even to either reject or approve one’s Visa request. With these real-world repercussions, we must learn a fine balancing act between privacy and security to be able to secure our increasingly crucial digital reputation,” he adds.

Going back to Laila and Teresa’s cloaked identities, in real life they consider themselves apolitical and says they do their trolling for the money. They both look forward to being teachers overseas, something they cannot do if their reputations are tainted with political repercussions. Since their part-time employment (having admitted to be paid P100 per copied post and P500 for original postings) includes following news purveyors like Banat By and Mocha Uson Blog, known for spreading fake news and disinformation. They know that any connection to those social media groups will be detrimental in the future.

“When this all ends, then we might not end up having actual jobs because politics can be very vindictive,” Laila says in Tagalog.

A point worth noting for businesses is that more than half (51 percent) of the survey respondents underlined the importance of a company’s online reputation. Nearly 5-in-10 (48 percent) asserted that they avoid companies who were involved in a scandal or had received negative news coverage online.

Additionally, 38 percent also stopped using a company’s or brand’s products once they were embroiled in some kind of crisis online. Almost 41 percent also revealed that the reputation of the brand’s endorsers affects their view of the brand.

When asked about brand’s transparency on their online pages, 50 percent of users in APAC think that companies should not delete negative comments on their social media accounts.

Kaspersky offers a combined solution of security products and practical steps can minimize the threats and keep data safe online. Reliable security solutions for comprehensive protection from a wide range of threats – such as Security Cloud and Internet Security, coupled with the use of Password Manager to safely store valuable digital data – can help solve the problem of keeping personal information under control. – with Raymond B. Tribdino

US parents begin to ask: Should my child get a...