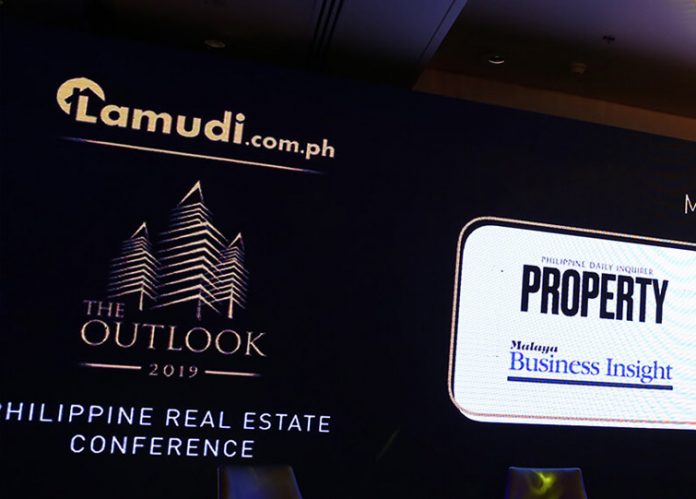 THE property industry strives to cope with the new normal, the new way of doing business amid the continuing threat of the new coronavirus disease 2019.

In the third episode of Lamudi’s developer webinar series recently, “Housing in Lockdown: Buying Property During the Pandemic,” experts shared their insights on how they have been adjusting to this new normal.

Soberano said property developers should not lose sight of the reality that the pandemic will be over eventually.

“This is not going to last forever, we know that. When things start to normalize, we have to gradually make sure we’re ready for addressing that market that will come in,” Soberano said.

Lorenzo said when the pandemic hit, he reflected on the crises the company encountered and how it coped. “When I first got into the real estate business, that was in 1995. Our first big project was in 1997 and right after I started that project, the Asian financial crisis hit and I thought that was the end of the world. But we stuck it out, we continued to grow the business,” Lorenzo said.

“So, COVID, for me, is just another challenge we’re given.  It’s a pause button given to us so we can really take stock and catch up on all the work that has been pending, especially in terms of designing,” Lorenzo said.

He reiterated the nature of real estate business, that it is a long-term game. Plans should be relevant to the kind of world people will be living in five to 15 years from now. That’s why for Lorenzo, planning never stops.

For Rafael, creating value in services means being creative and resourceful, which meant maximizing technologies and tools available.

“The basic process (of property-buying) has remained the same. It’s the medium where that process is implemented that is different,” Rafael said.

When the buyer is ready to pay, Rafael said  there are various platforms to make this happen.

Rafael said sales figures are testament that it’s possible to thrive in the crisis. While there has been a slump in numbers, they’ve been enjoying 50 to 60 percent of the volume of sales pre-pandemic nonetheless.

Lorenzo agreed with Rafael and just like AboitizLand, Torre Lorenzo has been operating in online platforms as well to cater to the needs of clients.

Lorenzo said to expand on customers’ needs,  there are four key things people look for when buying a property, regardless of the times, crisis or not: location, track record, quality, and value for money.

Like Rafael, Lorenzo said it’s only the medium that differs.

He explained: “In terms of location, even in a quarantine situation, people virtually go places. They look at Google Maps, Google Earth. Even the Lamudi site, it will show where the property is. Secondly, track record. They look for a developer which has finished projects, which has a track record of finishing that kind of project…

“Next is value for money. They look online and compare amenities, size of units, finishes. They can do all that online. They can see the value of what they’re going to get. Lastly, quality. Quality is not just what’s turned over but rather the entire package, how is the building maintained, how is the building management run. These things, people look for. They want to make sure their investment lasts very long.”

On the developer’s end, Lorenzo said the ultimate goal is to be the ‘top of mind of the market when considering these mentioned factors.

Asked if now is the right time to buy property, Soberano said the need for a home has never been so pronounced until this crisis came about. He said, “There’s no better time for (people to realize) the need to have a home or a condo unit (than now).”

Soberano said several people are now staying in their family homes, perhaps cramped with siblings and other relatives that many may be considering moving out and finding their own place.

This is where the track record of property developers comes in, he noted, as he advised seekers to look into the performance of the developer they’re doing business with before proceeding with the purchase.

Urging buyers to ask questions, Soberano said this is the right time to inquire how the developer and the property management maintains the safety in premises and engages with the community.

Lorenzo agreed with Soberano about property seeker’s motives in buying a place of their own. He also noted the fact that younger adults leave early on: “The demographics have changed. Young people now leave their homes (during) college. They have to be near where they study or work. They don’t wait anymore for marriage before they leave. They already move out.”

He cited the property management’s role in maintaining the quality of the buildings and ensuring the safety of dwellers, especially during a crisis. “Property management, even now during COVID, is very important. We always post in our social media pages about how we clean, how we sanitize our hallways, our common areas, how we take care of people who are isolating,” he said.

The highest level of customer service is needed during this time, one that exercises empathy. People today are anxious and conscious about finances.

Rafael recognized the fact that many are holding on to their money, given the economic uncertainty the pandemic has brought. understandable that there’s some hesitation on the part of buyers, Rafael noted.

“All the more, in this situation, there has to be a very keen sense of customer need, the customer situation. The customer right now is facing this challenge in terms of their income. One way the developer can address the situation is perhaps being very flexible in the payment terms they will offer.

“Whereas before, you got your standard 10 percent down payment, monthly amortizations, 24 months take out, now, you need to come up with more creative payment schemes to accommodate the situation of buyers that are in this situation where there is that uncertainty,” he said.

What Aboitiz does, according to Rafael, is give property buyers incentives, such as discounts, to help them in their financial need. They extend this incentive scheme to sellers as well, adjusting their commission fees to honor their being “frontliners” in the business.

Summing up the major concern in the real estate industry, he said, “The challenge is not just in the new mode of selling. The challenge (is more on the fact that) the people we’re selling to have [fewer] resources. In fact, that’s the bigger challenge. You’re talking now to people who have (fewer) resources, and not only (fewer) resources, but uncertainty of that resource.”

Meanwhile, Soberano’s team has been offering aid to buyers, extending payments for those who acquired pre-selling units. They’re also striving to reassure clients by telling them that the prices are not going to change.

He mentioned that developers today need to take time to review price points. “In the next few months, prices of construction materials will soften because a lot of the inventory was not acquired. There are possible adjustments, a review of the pricing.”

Recognizing as well the worries of the market, Soberano reminds buyers the crisis is temporary.

In the case of Torre Lorenzo, the common concern of their clients is focused on the time of delivery of the units more than flexible payment schemes.

Lorenzo said his company is gearing up for the market who will be keen on renting.

“People who can’t afford to buy are going to shift to leasing. In Torre Lorenzo, we have quite a substantial portion of our projects for lease,” he said.

Soberano also advised developers not to wait for orders to come in before they build, saying by doing so, they will be in a better position to address the market if they have a lot of ready-for-occupancy units.

Developers must step up to the challenge of being proactive in creating healthy communities, Soberano said.

Rafael said developers should take note of the shift in buyers’ preferences.

He said whereas before,  end-users’ default buying decisions are influenced by factors of proximity to their workplace. With this pandemic, buyers will now consider property outside the central business district where there is more open space and is located in a lower-density neighborhood.

He said even the investors might start reconsidering where they will opt for a piece of land that will appreciate and in areas where infrastructure projects are being built.

Soberano and Lorenzo believe condominiums will still be in-demand after the pandemic.

“I guess there will be more leaning towards a mixed-use type of development, where you can interface the work-play dimensions,” Soberano said.

Soberano believes that it’s going to be a U-shaped recuperation post-COVID but that the plateau will not be very long.

He attributes it to the eagerness of real estate professionals: “Property developers, together with brokers and agents and sales teams, are already itching to go back. They’d like to spike it up immediately, that the U would be more of a V.”

Soberano, however, recognized that there would be real challenges in the hospitality sector. The business process outsourcing, meanwhile, will have a shorter plateau, he projected.

Part of the recovery after COVID, he said, should be providing socialized housing. Referring to the escalation of the number of cases, he noted, “Things could have been better if we had homes for people, even those who couldn’t afford.”

Rafael likewise projects a U recovery while citing AboitizLand is bullish on the industrial segment, as global manufacturing firms understand that to weather a pandemic like COVID, it’s crucial to disperse operations in different parts of the world to sustain supply chain operations.

In terms of the residential segment, Rafael said that interest for property won’t decline.

He shared, “Given the housing backlog here in the Philippines, the fairly young population, the demand for housing will always be there. It’s not going to go away.”

Meanwhile, in the commercial segment, Rafael considers focusing on BPO spaces, since outsourcing, will sustain demand while the need for more spaces by Philippine offshore gaming operations will stop.

Lorenzo, meanwhile, hopes for a U, but prepares for a W, as there’s uncertainty on when the COVID cure will be available. He added, “With COVID, there’s going to be a need to really tweak the way things are built. Even existing buildings will have to have their [sanitation] area. It will almost be like an agricultural enterprise, where there’s a foot bath and people will have to sanitize and exerice distance.”

Sky Fiber back up plan; Kaspersky solutions to schools; P500...