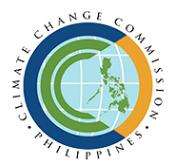 The Climate Change Commission (CCC) is calling for increased collaborative work for the government and private business sector in ushering a paradigm shift toward low-carbon and climate-resilient development.

CCC Secretary Emmanuel M. de Guzman said that the climate emergency must inspire radical action both from the public and the private sector, in the same manner as the COVID-19 pandemic response.

De Guzman cited the recent two powerful typhoons Rolly and Quinta, which left numerous casualties and millions in destroyed crops and infrastructure in the Bicol Region.

De Guzman stressed the role of international climate negotiations and national policies which mainstream climate change adaptation and mitigation to address the problem of climate change. He said that reducing carbon emissions entails the exponential scaling up of renewable energy systems, energy efficiency, electrification of transport systems, and improvements of industrial and building efficiency on a global scale.

De Guzman also mentioned the policy initiatives from the other agencies of the government – such as the sustainability reporting guidelines for publicly listed companies issued by the Securities and Exchange Commission; sustainable finance policy framework approved by the Bangko Sentral ng Pilipinas, and the moratorium on new coal-fired power plants which will be issued by the Department of Energy –  which shall be articulated in the country’s first Nationally Determined Contributions or NDC under the Paris Agreement, which is now being developed and finalized through a whole-of-government-and-society approach.

The  Secretary also emphasized that the policies, frameworks, and regulations of the government will not be successful without the support and cooperation of the private sector. He enumerated several possible areas of cooperation between the public and the private sector in the pursuit of sustainable and green development – such as promoting risk-informed and science-based development planning; mainstreaming climate change and disaster resilience in the businesses’ investment and operational planning; promoting sustainable urban planning and development; developing and promoting disaster risk financing tools; and social preparations for the low-carbon transition and the exponential transformation of all sectors towards a green economy.

De Guzman mentioned that these climate solutions are now often cheaper and provide greater economic returns than higher-carbon alternatives, opposite from the mistaken assumption before that climate actions are inevitably costly to those that pursue them.

PBA staff to be cited for bubble work