IT is the “rick” in India, the “tuk-tuk” in Thailand, the “bao-bao” in Mindanao, the “taxicycle” in Laguna and the “bukyu” in Tagaytay. These many names describe the Bajaj RE, the Philippines’ No. 1 three-wheeler, having sold a cumulative of close to 50,000 units since it was launched in 2015. 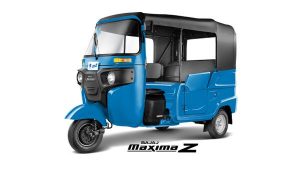 Called the new generation tricycle by Raul Jay R. Manglapus III, Trimotors Executive Vice President and Chief Operating Officer, the Bajaj RE line up has been rejuvenated with the introduction of the Bajaj Maxima Z and Bajaj Maxima Cargo.

These new Bajaj Maxima three-wheelers bump up the engine size from the current 198 cc 236.2 cc with a new DTS-I lump. The larger displacement powerplant gives the needed push to do more trips and carry bigger loads. It also uses an improved Fuel Injection (FI) system for superior power production and better fuel saving. 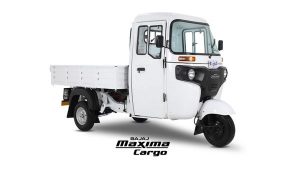 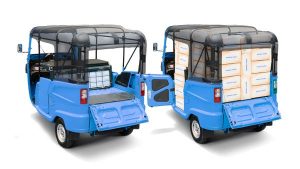 Jude Camus, AVP for Marketing explained how the Bajaj Maxima Z is called the “multi-purpose partner sa negosyo” and is a “way to cater both your transporting and delivery requirements,” designed to carry cargo with up to 800 liter of cabin space.” While the Maxima Cargo “enables unique business ideas. It is best for hauling and delivering goods giving you a better-earning capacity.”

The bigger bodies and engines require the change to a heavy-duty continuous velocity (CV) shaft, a more rigid frame that can carry heavy loads, uprated rear suspension, and a dual front fork suspension to continuously absorb shock and harsh motion in difficult terrain. 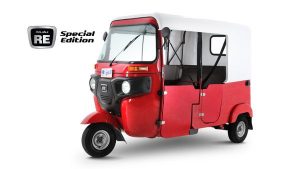 “It is designed to give the Filipino entrepreneur an edge,” Manglapus said in the virtual launch of the three-wheeler. He also said the first model sold here, the Bajaj RE will have a new version called the Special Edition. This model will have an enhanced solid roof made of resin material, additional front and rear hard resin doors to provide added security and comfort for both the driver and passenger—all factory-built and installed—but inspired by those who already own and modified their own Bajaj RE to suit conditions or implementation. The Special Edition retains the Bajaj RE’s standard specifications. 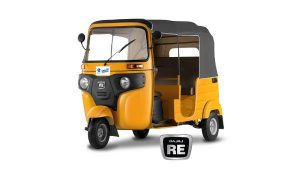 Bajaj-Trimotors has partnered with seventeen of the biggest motorcycle dealership networks with over 900 authorized sales outlets nationwide and an aftersales network of more than 700 accredited parts and service shops nationwide.  The launch of the Maxima series, signals for the company an increased presence in the transport and logistics market—so important in these days when home deliveries are the norm.