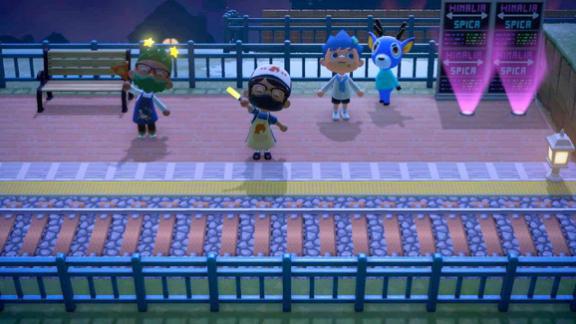 WITH the pandemic trapping people at home, gaming companies were raking in close to $1.6 billion in sales by the first quarter of 2020 , a 35 year-on-year increase, according to published reports. These were the substitute for sports and other activities normally done out of the home. If there were gainers during these hard times, look to further.

Gamers have always been gaming. Tapping the scroll buttons, gliding the mouse or flicking the joystick even before the coronavirus disrupted the whole world. The pandemic only increased their numbers.

When the world locked down and siloed people at home, new gamerswere drawn to the desktop, the console or the mobile device. Aside from newbie gamers who crowded the gaming lots and zapped up consoles like the Nintendo Switch, from Amazon or Lazada, more gaming titles were purchased and telco providers were stretched thin ensuring connections are stable.

Animal Crossing turned just 19 years old when it exploded during the pandemic. Created and distributed by Nintendo, the game, originally released in April 2001 had gone from a normal to spectacular. It was responsible for the surge in sales of the Switch during the quarantine months.

Nintendo officially separates the generations of the game to five, but it was the version for the Switch, Animal Crossing: New Horizons, launched in the middle of the pandemic in March 2020, that sold 11 million copies by the end of March, and an additional 2 million units two weeks later.

One measure of its success is the number of Tweets from Filipinos. Six out of ten Filipino Twitter users talked about Animal Crossing and other games like PlayerUnknown’s Battlegrounds (PUBG), Dota 2, Adopt Me and Final Fantasy. In their Tweets Filipino users broadcast their latest creations, newest friends and make invitations for others to visit their villages. Twitter said, in a press statement that gamers find “find normalcy or a temporary escape from reality,” especially during the quiet stresses of the quarantine.

Interestingly, the country ranked 10th among countries which have the most Tweets when it comes to gaming in the first half of 2020 as people were siloed in their houses.

Animal Crossing, unlike the forceful and considerably violent games that also popular is calm and social.

“I play Animal Crossing for the same reason I played with toy houses and cities when I was younger. There’s a lot of space to be creative with the tools you’re given. Sometimes I just watch the characters walk around and do their chores, while I listen to the flowing rivers, and admire the clear blue sky, on the island that I built myself from the ground up. There’s a lot of satisfaction in that,” says musician and artist Dal Taidan who spends much of his day updating his village and playing with his siblings who have consoles and villages of their own.

Called a breakout “COVID” hit by industry analysts, the game created en masse, a kind society of its own. Though virtual, it is easy to surmise that players are taught to make others happy.

Which is what everyone needs in this lockdown-challenged time.