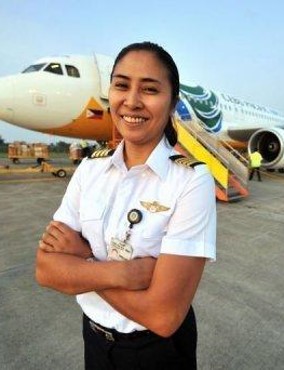 PILIPINAS Shell’s Women Drive the Future campaign seeks to redefine what it means to be a “woman driver” this year by shining the spotlight on the achievements of successful Filipinas who drive progress. This is a step beyond last year’s thrust, which sought to challenge the stigma surrounding women motorists, in order to celebrate the key role that women play in shaping the future.

Two-time champion of the World Showdown of eSport’s (WSOE) Hearthstone category Jia Dee is at the forefront of a changing eSports landscape that is beginning to see a lot more women involved.

The lone female member of Team Sibol, the Philippines’ 27-man squad during the Southeast Asian Games eSports debut, reminisced on some of the biggest hurdles to getting her career as a professional eSports athlete off the ground.

“I would say avoiding frustration, because it really takes a certain amount of mental fortitude,” said Dee when asked about the challenges she faces as a gamer.

As one of the few female eSports athletes, she is aware that she acts as a role model for the growing number of girls interested in gaming.

For some, it may have once been difficult to imagine the tailor-fit pilot’s uniform and aviator sunglasses donned by a woman, but that has long since changed, with some even landing the coveted captain’s seat in the cockpit.

Among the pioneers of equal representation in Philippine aviation is Captain Brooke Castillo, lauded as the first Filipina to captain a commercial jet aircraft back in 1996.  “The idea of having women was becoming less and less welcome to the airlines,” said Castillo. “They were reluctant because they get married, they get pregnant, and then they’re gone.”

For Castillo, her passion has always been in the sky, even turning down a position in management so she could continue to fly and teach in flight school. She’s proud of the role she plays in inspiring more women to pursue a career in aviation.

Castillo attributes the drive to pursue her passion to the women in her family, stating that she was inspired by their strength to take the lead.

While women are slowly but certainly becoming more prominent in eSports and aviation, it is still quite unheard of to see female mechanics toiling away at what is often considered an exclusive realm for men: auto-repair.

Shell’s very own Jerah Nae Malolos once operated a small servicing business with her husband where she familiarized herself with the tools of the trade, oil-changing procedures, and the complex mechanisms that make up a motor vehicle.

Malolos is no stranger to the notion that the mechanic profession is not for women, but today she feels that this is no longer the case.

Now, Malolos is something of a local celebrity, with people even coming specifically to the station to see the only female mechanic in the area. According to her, women come to her to ask about becoming a mechanic and she is glad to impart whatever knowledge she can teach.

Eleazar out of COVID Shield, gets new task force