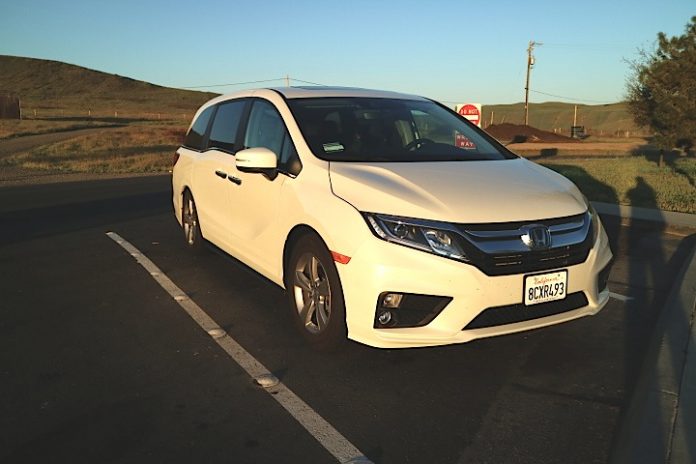 It has been 16 years since I drove from San Pedro City, near Los Angeles and Torrance, to San Francisco, California and at that time we used a Ford Windstar minivan. My mother Gregoria who passed away last month was among my passengers.

My mother took care of our food and drinks for the eight-hour trip and I remember stopping by rest stops for us to enjoy lunch or snacks amidst nature park-like amenities.

We would never go hungry when mother was around. My mother would also lead us in prayer before the start of our drive. My mother had always loved the long drives we had either in the Philippines or the US and even in Malaysia at one time.

In early morning of Sunday, April 22, the day after my mother’s interment at Greenhills Memorial Park in Rancho Palos Verdes, a city near San Pedro, my wife Aurora, my daughter Reyra, my sister Thess and her daughter Mariel and my nephew Mark and I decided to go on long 400-mile or 640-km drive anew to San Francisco. We agreed to keep a very tight schedule as Mark  had to be back in Torrance to pick up his four kids in school in the afternoon of the next day, Monday.

My brother, Benjie, was very kind enough to prepare for us food including rice, boiled eggs, hotdogs, snacks, fruits and two boxes of water bottles.

My brother-in-law, Jonneth and my sister, Minda, had their new Honda Odyssey filled up with fuel the night before the trip.

Unlike several years ago when I was much younger and drove alone to San Diego and Calexico in Southern CA and in Marina, Salinas and Vallejo in the North, this time I asked Mark to be our main driver. Mark had always enjoyed driving long distances and even when he and his children went on vacation in the Philippines, he savored driving to Baguio, Pangasinan, Aurora and the Ilocos Region.

The 2018 Honda Odyssey which I also used in short drives in Torrance, San Pedro, Carson, Cerrito and Redondo Beach is an eight-seater van and comes with 280-horespower 3.5-liter V6 gasoline engine and a nine-speed automatic transmission.

This is already my sister’s second Odyssey after she traded in her 2006 Honda van recently. With her seven grandchildren, she said it was practical for her to have a spacious van.

The  Odyssey EX-L also has a moonroof, a power liftgate, a 12-way power-adjustable driver’s seat with memory, a leather-wrapped steering wheel, and leather-trimmed seats.

The drive to San Francisco was no joy ride as we had a mission to fulfill. Among my mother’s last wishes was for me to drive to Pacific Grove where her second husband, Lorenzo Apilado, now lives when he got bed-ridden himself. My stepfather, now 100 years old, is a World War II hero, a Death March survivor and also originated from Pangasinan.

I had the privilege of driving for him and mother when they came home in 2010 and 2011. The last time I saw him was in 2013 when my mother celebrated her 80th birthday in Torrance. 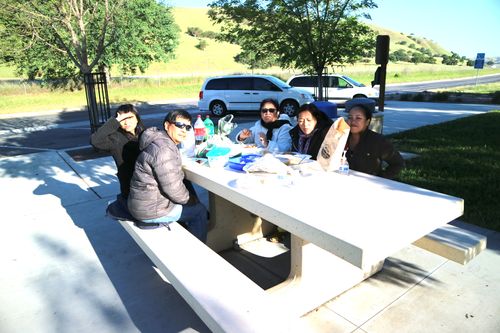 We parked at Camp Roberts Rest Stop after about four hours of driving. It was very cold at around 730 am and we had to cover the concrete benches with blanket at the picnic area so we could sit. The Rest Stop is something I wish we have in the provinces or expressways. The restrooms are clean.

There are several trees and plants which serve as sanctuaries for the local birds. There are no restaurants but it has vendo machines for hot and cold drinks. The area also has framed posters that give you backgrounders about the place and the attractions nearby.

After close to an hour, we resumed driving first to Pacific Grove. I was happy to find my stepfather just about to wake up and it was quite an emotional time for us as we informed him about our mother’s demise. We felt doubly sad as he already had Alzeimer. My siblings and I developed some closeness with him as we knew he took care and loved our mother.

We stayed for about 45 minutes and soon we were driving to Vallejo, two hours away, to meet my former high schoolmates Rene and Mindy Lopez whom I last saw in 2007. The couple hosted a late lunch for us and we were with them for about two hours reminiscing the good old days. 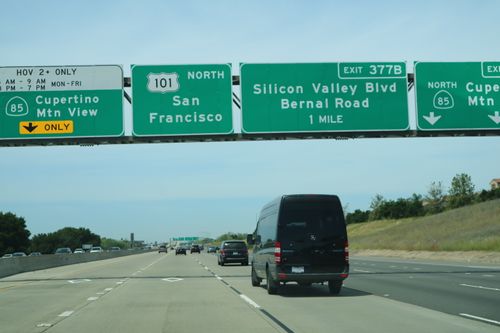 At around 5 pm we headed for San Francisco with me in the driver’s seat. We would pick up Michiyo, my wife’s niece who is based there. There was traffic a buildup in some freeway stretches going to San Francisco but what’s nice about driving in the US is motorists are patient and would not go in and out of lanes just to get ahead of everybody. But if you turn your signal to change a lane, they will also make space for you so you can, especially when exiting to a junction.

Despite the volume of vehicles, the freeways are quiet as no one blows a horn.

After picking up Michiyo, we drove to the Golden Gate Bridge. Built in 1937, the five-kilometer bridge has always been the city’s main attraction. It is an amazing, inspiring structure and the view of the Bay is always awesome, the weather, always cold and it is always windy out there. For romantics, it is also a place to go for those classic photographs.

After spending an hour at Punta Vista or the viewing deck, we boarded the Odyssey anew to get some hot clam chowder soup served in a bowl shaped bread. That itself was good for dinner.

We passed through the Crooked Road even if it was already dark then dropped off Michiyo at her apartment.

We drove for another two hours to reach my Uncle Ben Merafuentes’  house in Marina City where he and his wife Letty had prepared two rooms for us in their lovely home. It was midnight and we enjoyed a hot serving of chicken adobo and rice to cap the night.

We had a good sleep and at 730 am Monday, we headed back to Torrance but spent another 30 minutes in a beautiful rest stop this time in San Juan Bautista for picnic breakfast. I had my share of driving in the scenic San Luis Obispo and Bradley using highway 101 before Mark took over the wheels all the way to Los Angeles and on to Torrance just in time for school dismissal.

We accomplished so many things in this 34-hour trip to remember foremost of which was fulfilling one of my mother’s last wishes. Thanks to the reliability and comfort of the Honda Odyssey and the people who made the trip enjoyable, safe and stress- free and the people who hosted us.