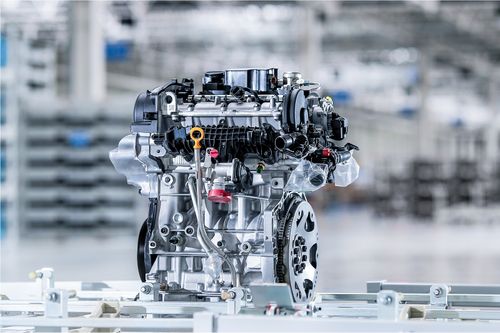 IN 2010, after Volvo joined Geely, the two saw the future trend in the automotive industry where sustainability would be key.

Emission regulations and rising fuel costs would result in demand for more efficient engines and a transition to electrification. To meet this demand Volvo with Geely’s support developed its latest VEA – Volvo Engine Architecture, a new modular engine architecture for three and four-cylinder engines developed from the onset to support electrified powertrain systems. Developed with sustainability in mind, the 1.5TD have the potential to meet even the most stringent future Euro 7.

The move towards lower displacement smaller engines came naturally as they’re more efficient and with a modern engine, technology provides the same power as larger engines. Modern-day turbocharger and supercharger technology can turn a well-designed four-cylinder 2.0L engine into a world-class race-winning powerhouse as Volvo and Polestar have shown in the WTCC and WTCR. After developing a four-cylinder 2.0L engine, we began work on a smaller even more efficient three-cylinder 1.5TD engine for compact and hybrid models.

For compact models, a three-cylinder is perfect for a variety of reasons. The smaller size leaves room for hybrid systems and gives designers more freedom. The lighter weight improves fuel economy and makes it easier to achieve a more balanced chassis in front-wheel drive models improving drive performance.

The main concern consumers have with odd-numbered cylinder engines is perceivable engine vibration. However, Geely and Volvo did not think this was an unsolvable problem. For years, Volvo has utilized a five-cylinder engine and has extensive experience developing engines for the premium market segment.

With the support of electrified systems, perceivable vibrations can be reduced even further. Most vibration is felt during the engine start-up period and at lower engine speeds, however with the addition of hybrid electric systems, engine start-up can be made near-instantaneous and low-speeds drive can be assisted by the electric motor.

All VEA engines are designed to accommodate a variable combination of turbochargers, superchargers, and electric systems, which allow Volvo and Geely to offer consumers different levels of power output within the same engine family. VEA supercharged and turbocharged engines can reach 300hp and 420Nm of torque and when combined with electric power systems that figure can easily exceed high-performance V6 levels. 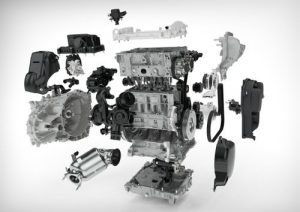 However, engine power is not the key criteria of a good engine. Having the right amount of power available at the right time and being able to control it is more important.  In the process of developing our new engine family, we looked at the leaders in the industry for state-of-the-art technology and benchmarked against them. Based on a new engine architecture we had the opportunity to make a fresh start without any past baggage opening the door to new innovations. This gave us the opportunity to develop an engine with the best balance in performance, fuel efficiency, refinement, and cost.

With the 1.5TD, we set out to create a highly responsive, compact, and powerful premium-quality three-cylinder engine. When tuned for urban driving, the 1.5TD provides a quick response from low speeds especially when combined with electrified power systems. With its low inertia turbocharger, traditional turbo lag is minimalized and nearly unperceivable while giving the engine the endurance it needs at higher speeds. The 1.5TD provides smooth linear power output similar to much larger displacement naturally aspirated engines. 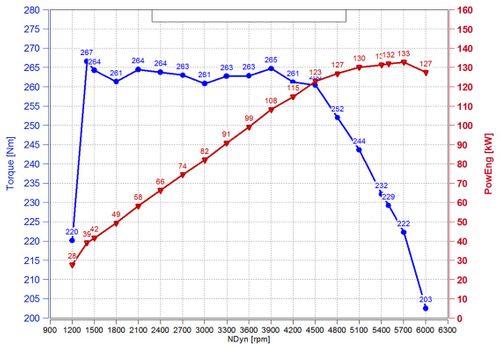 VEA engines are used by all the brands under the Geely family with each brand optimizing the engines to their specific market. Volvo engines and Geely engines are produced in powertrain plants around the world following Volvo Global Manufacturing System. The engines share over 90% of the same global suppliers through Geely global joint procurement system.

Both Geely and Volvo are convinced that electrification is the future and Volvo has promised that every model it sells will come with an electrified option. While the future is electric, the present is still very much powered by internal combustion.

We’re in a transition period in which different levels of electrification is needed in different markets. Having predicted this outcome when the idea of VEA was conceived, all VEA engines are designed to support electrification. As a modular engine architecture, VEA engines are essentially designed with plug and play support for electrified systems. The 1.5TD has native support for MHEV, REV, HEVs, and PHEVs powertrains.

Geely and Volvo have so far developed three base variants of the three-cylinder engine. Additional tuning has also been made to meet the localized needs of different markets. The three-cylinder engines are all turbocharged and include port fuel injection (PFI) or direct injection (DI). The latest variant, 1.5T Miller has been designed specifically for HEV application by adjusting variable valve timing to enable the engine to run on the fuel-efficient miller cycle.