BANNER MAY EVEN SPREAD THE VIRUS

PLASTIC barriers to separate passengers from each other in public utility vehicles, especially jeepneys and TNVS are not necessary. This according to Dr. Maricar Limpin, Chair, Steering Committee at Philippine Coalition on the Prevention and Control of Non-Communicable Diseases (PCPCNCD).

Limpin, who is also a pulmonologist said in an interview in “Turbo Time” on Cignal One PH that the barriers may even pose a greater threat because once exposed and not sanitized immediately may serve to transmit the COVID-19 causing virus instead of preventing it. 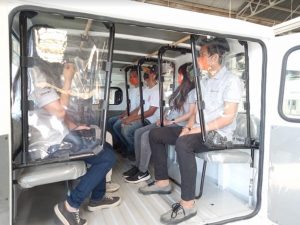 “Possible infected droplets can remain stuck in the plastic barrier,” Limpin said after responding to a question of the effectiveness of wearing face shields in public transportation. She recommended that in case the plastic barriers are used these should be disinfected after every use. She also said that face shields will serve as additional barrier of protection for the eyes, but properly worn facemask, disposable gloves and disinfecting solutions are still the best ways to combat the virus.

The doctor became famous after her group appealed to President Duterte to declare an MECQ and allow health workers a 2-week respite to slow down and manage their hectic medical schedule. The President initially reacted by saying the health workers were calling for a “revolution,” a statement he clarified later.

Dr. Limpin also said that it is better to travel with the windows down.

This applies to both private and public vehicles. According to her, one of the myths in controlling the SARS-CoV-2 virus which is responsible for the COVID-19 pandemic, is protection in a confined space. However, she said the virus has a lesser chance to spread when air freely circulates in a vehicle. 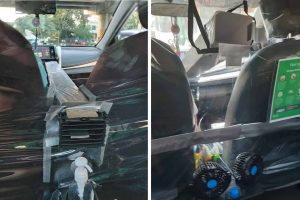 “Having a better air circulation is an important deterrent to COVID-19 transmission because the possibility of the virus to persist in closed spaces is higher,” Limpin explained saying that this rule should apply even to modern jeepneys.

“I personally drive with my windows partially open, about 2 inches, to allow better air circulation,” Limpin said. Her suggestion validates what the late Zeny Maranan, President of the Federation of Jeepney Operators and Drivers of the Philippines (FEJODAP) said also on “Turbo Time.” Maranan mentioned that traditional jeepneys are safer against the spread of the virus because of its open-air construction.

One of the regulations imposed by the Land Transporation Franchising and Regulatory Board (LTFRB) to allow Transport Network Vehicle operators to be able to ferry passengers is the installation of plastic barriers to separate the passengers from the driver and to limit the number of passengers in a vehicle.

Enterprising jeepney operators developed their own systems to implement social distancing using plastic barriers while the DOTr implemented the controversial barrier between rider and motorcycle passenger in order to supposedly protect riders from spreading the COVID-19 virus. 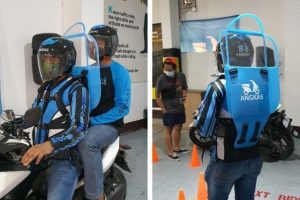 Dr. Limpin’s recommendations however completely invalidate the use of these plastic motorcycle barriers and have even put into question the use of similar separators in public transportation, if they are not disinfected regularly.