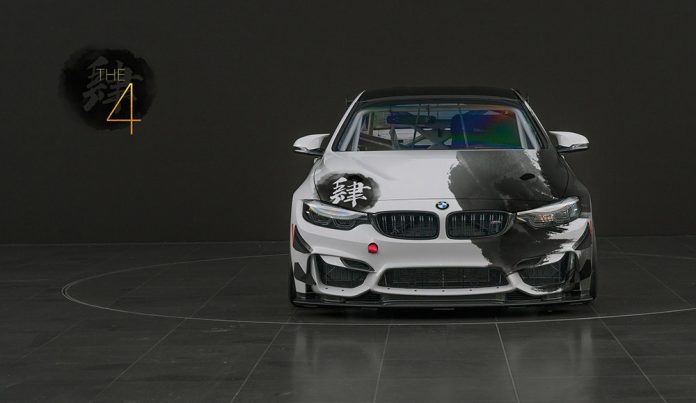 BMW M is sending the successful BMW M4 GT4 motorsport model into its fourth racing season with four exclusive new designs and is offering the four spectacular winning designs from an internal design competition in a limited edition to interested customer teams, BMW M fans and car enthusiasts. Since 2018, the BMW M4 GT4 has been taking part successfully in numerous racing series around the world.

In addition to the car’s performance, BMW customer teams also appreciate its rational features in areas important to this segment such as mileage, cost efficiency and ease of maintenance. The BMW M4 GT4 can be used in sprint formats as well as with an endurance package in long-distance races. “Powersticks” make it easy to adjust the power levels to those that are relevant in terms of Balance of Performance.

The price of the BMW M4 GT4 with one of the four exclusive designs is 174,000 Euros net in Germany. The limited-edition will be distributed by BMW M Motorsport dealers and the BMW M GmbH customer sports sales department.

“The quality of all the designs we received was impressive and shows just how creative and passionate our designers are about motorsport. All four selected designs emphasise the highly dynamic character of the BMW M4 GT4. The jury was particularly impressed by the perfect interplay of the topics of BMW Motorsport history, classic BMW M icons and how the number four was interpreted.

The designs of Julia Quentin of BMW Motorrad from Munich (GER), Simon Haynes of Rolls-Royce Design from Goodwood (GBR), Wesselka Mandowa-Maier of Designworks from Los Angeles (USA) and Li Tianyuan of BMW i Design from Munich (GER) were awarded by the jury. The designs were applied to the BMW M4 GT4 using high quality foil. The winning designs from four different design departments and three different countries reflect the level of interest and great appreciation for motorsport within the entire BMW Group.

Fractal Duality, Julia Quentin, BMW Motorrad Design, Munich. In her design, as the colour and material designer of BMW Motorrad, she focuses primarily on large geometric shapes and a prominent inclusion of the number “04”: “My work combines two of my greatest passions, namely motorcycling and designing motorbikes. In my designs I always consider how graphics and patterns can emphasise the sculptural geometry of an object. Adding details and colours can completely change and emotionalise a design. I love to create disruptive designs that convey a strong visual message. That’s why I designed a geometric pattern for the BMW M4 GT4 with cleanly cut squares and large typography. The eye must first understand the pattern before it sees the shape of the vehicle at second glance”

Vivid Momentum, Simon Haynes, Rolls-Royce Motor Cars Design, Goodwood. The designer from Rolls-Royce Motor Cars’ coachbuilding division has revived and reinterpreted a legendary paint scheme for BMW racing cars from the 1970s and reinterpreted it as “Vivid Momentum”: “This task was very different from what I do in my normal job, but I was able to bring my passion for motorsport to bear. My design is a tribute to one of BMW’s most striking racing designs, which stood out from the other designs of its time. The concentric rings play with the original disc motif and radiate from the front wheel to the rear. In addition, the vehicle has a semitone structure that changes from a solid black to an intense metallic red from front to back. This highlights the sense of speed and gives the vehicle a forward facing attitude”

The Power of Four. Wesselka Mandowa-Maier, Designworks, Los Angeles. The Bulgarian-born designer, who after ten years in the service of MINI Design has been working in the Designworks Studio in California since 2019, was inspired by the classic BMW M colours light blue, dark blue and red, which stand for power and dynamics: “I have named my design ‘The Power of Four’. I was inspired by the numbers in the name of the BMW M4 GT4, which also stands for the unimaginable power the engine puts on the race track. And only connected to the track by the four wheels. To support this idea in the design, all four views of the vehicle are abstractly divided by four. The classic BMW M colours are vibrant and powerful and give the vehicle additional energy.” Fluid Power. Li Tianyuan, BMW i Design, Munich. The exterior designer from BMW i relied on influences from his home country for his design:  “My main inspiration was calligraphy and Chinese painting with the contrast of black and white and the perfect balance between elegance and power. The design of the vehicle is asymmetrical. Two goldfish, which in China stand for perfection and happiness, but also symbolise powerful movement with their caudal fins, swim in a circle around the driver from above and place him in the centre. In addition to the Arabic numeral 4, this number is also applied to the bodywork as a traditional Chinese calligraphy mark. This stands for the tolerance and openness of a great brand like BMW towards the entire world’s culture and at the same time gives the M4 GT4 a very special, timeless and unforgettable appearance.”