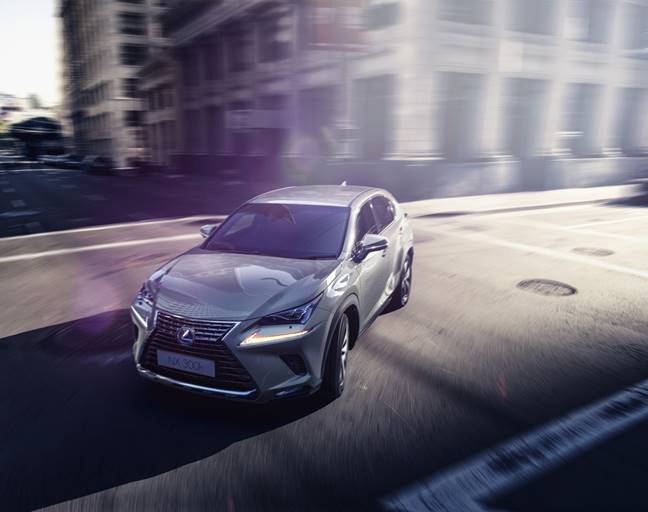 Nimble, bold, elegant, powerful. These are only a few traits that the NX shares with Wushu athlete Agatha Wong, who, time and again, has delivered stunning performances worthy of gold medals at the SEA Games–once in 2017, and twice in 2019.

It is no surprise then that as Lexus’ newest brand ambassador for the NX, Agatha is inspired by the craftsmanship and passion behind the creation of this luxury SUV. She shares the same values, work ethic, and passion of Lexus’ Takumi master craftsmen, after all. And with the NX by her side, there’s no doubt that she will push herself to even greater heights in her chosen sport.

For this young Filipina athlete, the journey to reach the pinnacle of her martial art required focus, dedication, and discipline. “In Wushu, the most important trait that a person should acquire is discipline,” she shares. “Discipline is what sets a good athlete apart from regular athletes. Another trait that should be developed over the years is resilience. Resilience and discipline go hand in hand when it comes to everything in life, especially in sports.”

“I never would I have imagined that I would be an ambassador of the Lexus brand, let alone be considered a part of it,”

“I’m deeply grateful to be given this opportunity and I will do everything in my power to keep setting a good example to the Filipino youth… especially in the area of sports,” Agatha recounts.

The Lexus NX was crafted for drivers who are looking for a powerful and exhilarating crossover to drive, and who also appreciate the time, effort, and passion that was put into the construction of their luxury SUV of choice. With the Takumi craftsmanship behind the Lexus NX, attention to even the smallest details is paramount. This is no different from the kind of control expected from Wushu practitioners at the highest level.

Lexus has taken the best traits from its decades of experience building SUVs, and then condensed it into the highly focused NX crossover. It is nimble, thanks to its tuned suspension that has been tweaked for improved turn-in response and steady-state cornering. Its skin is taut, inspired by the LC 500 coupe. Elegant yet bold, the NX is sure to draw attention and turn heads, just as Agatha does each time she competes. When she takes to floor, her acrobatic movements are graceful yet powerful. It takes years of training and focus to master the patterns and to have full control over one’s body. For her, the hard work has indeed paid off.

Agatha began her Wushu journey when she was 12 years old. One year later, she turned professional and began training even more extensively. She’s now 22 years old with three gold medals under her belt, and yet she’s still pushing herself to achieve even more.

“I’m hungry to learn new things every day,” she adds. “As in Wushu, there are no limits to which your mind and body can comprehend a certain skill. If you want it, there’s a way. And if not, there are only excuses.” The Takumi craftsmen who build the Lexus NX to the highest levels of quality share a similar passion and drive toward improving every single time. It’s no wonder that Agatha and the Lexus NX make for an ideal partnership. For both of them, the quest toward perfection never ends, and the improvements are constant.

On the NX, the latest additions are Apple CarPlay and Android Auto on all variants. Intelligent Clearance Sonar (ICS)–which is connected to the braking system to mitigate any chances of unintended acceleration if the wrong pedal is pressed while parking–will also make its debut on this luxury SUV model soon. Underneath the NX’s sculpted sheet metal is serious performance delivered by a powerful and fuel-efficient turbocharged direct-injection 2.0- liter inline-4 engine.