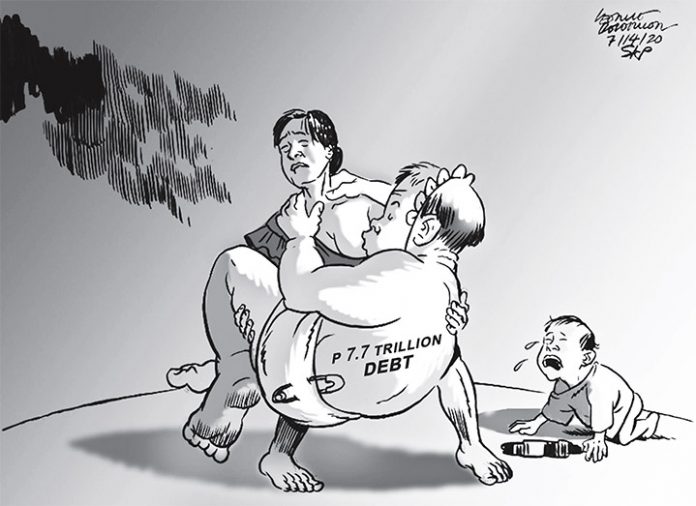 ‘Is this therefore not actually dismantling the oligarchy, but only replacing the old oligarchs with the new? The people would like to know, Mr. President.’

HARRY Roque, the presidential spokesman, took all his convincing skills and defensive prowess to insist that President Duterte had been neutral on the issue of the ABS-CBN congressional franchise. Roque stressed that the House of Representatives is a co-equal branch of the government, and that the congressmen have their own independent intellect and conscience. The spokesman even pointed out that the denial of a franchise for ABS-CBN by the House Committee on Legislative Franchises, and therefore by the House itself, is a shining example of “representative democracy” because the elected congresspersons had been elected by the people and represent their interests.

These efforts were at once negated – in one fell swoop – by the taped speech of Duterte in Jolo, Sulu which was aired nationwide and worldwide through the internet in which the Chief Executive admitted that he and his spox were lying.

Duterte categorically said that he can now die happy knowing that he has “dismantled” the oligarchy in the country, which he accused of milking the Filipinos dry, manipulating public opinion and the elections for years, and plundering the economy.

“Ganun nila nilaro ang bayan ko. Kaya ako mamatay, mahulog ang eroplano, I am very happy. Alam mo bakit, without declaring martial law I dismantled the oligarchy that controlled the economy and the Filipino people,” the President said. In so many words, he admitted that he was behind it all – the downfall of the Lopezes.

While these words accurately describe what had happened that fateful Friday in the House of Representatives, the message resonates as a not-so-subtle warning to rich Filipinos who are not in good graces with Malacañang. No wonder the Philippine Stock Exchange index had chill bumps yesterday, down by 0.24 with seven days of continuous net foreign selling.

Not content with boasting that he himself was behind the downfall of the Lopez-owned media behemoth, Duterte unleashed the warning that the remaining years of his administration will be harsh for the oligarchs. The market reacted with some more steps going south.

Duterte’s years in office have so far notched the temporary but huge setbacks of big businessmen Ongpin and Lopez. It also saw the rise, even the surge, of business names especially from Davao and Metro Manila whose economic power may very well be transformed into political power, too.

Is this therefore not actually dismantling the oligarchy, but only replacing the old oligarchs with the new? The people would like to know, Mr. President.