THERE is truth in the statement of several labor leaders that the extension of the enhanced community quarantine to May 15, from its original April 30 schedule, will prolong the hunger being felt by many Filipinos who used to have jobs but with the suspension of most economic and livelihood activities had to stay at home and wait for government dole-outs. 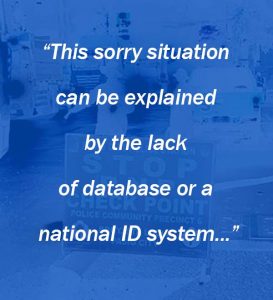 A labor leader lamented the fact that only a few people benefitted from the government aid weeks since the implementation of the ECQ.  This sorry situation can be explained by the lack of database or a national ID system, and plain inefficiency of the Department of Social Welfare and Development and the local government units.

“The government was able to provide aid to only 49 percent of its target beneficiaries. We deserve better treatment,” said the labor group Sentro.

Meanwhile, the Partido Manggagawa has called on the government to expand its assistance to the millions of workers affected by the coronavirus disease 2019 pandemic.

According to PM Chairman Rene Magtubo, since the ECQ has been extended, it follows that government aid must not only be extended but also expanded to cover all in millions who are left behind by the COVID-19 Adjustment Measure Program (CAMP).

It pains the workers to hear the Department of Labor and Employment’s announcement that it will no longer accept applications from employers of formal sector workers for CAMP’s one-time financial assistance of P5,000, as the funds for the program are nearing depletion.

The employees in the formal labor sector, the returning Overseas Filipino Workers, the drivers of public utility vehicles, and the “poorest of the poor” are even lucky because most of them have received assistance from the government.

But what about this forgotten category of workers:  self-employed, freelancers and independent contractors, such as freelancers in the entertainment industry who regularly perform in events, restobars, comedy bars, sound and lights crew, writers, photographers and set decorators, etc. They have been left out of the Social Amelioration Program (SAP).  They are not exactly “poor” but they, too, were financially ravaged by the threat of COVID-19 and the ongoing lockdown.

House Speaker Alan Peter Cayetano blames lack of updated database of informal workers, including the self-employed, and so he advised these workers to get organized so that it would be easier for Congress and the Executive branch to help them.

It is sad that these upright and deserving workers had been left out, while some of the “poorest of the poor” were given money to buy intoxicating liquor, illegal drugs and to engage in gambling.