“HERE, we report the identification of SARS-CoV-2-related coronaviruses in Malayan pangolins (Manis javanica) seized in anti-smuggling operations in southern China … The discovery of multiple lineages of pangolin coronavirus and their similarity to SARS-CoV-2 suggests that pangolins should be considered as possible hosts in the emergence of novel coronaviruses and should be removed from wet markets to prevent zoonotic transmission.” [Lam, T.T. et al., “Identifying SARS-CoV-2 related coronaviruses in Malayan pangolins,” Nature; https://doi.org/10.1038/s41586-020-2169-0 (2020)] 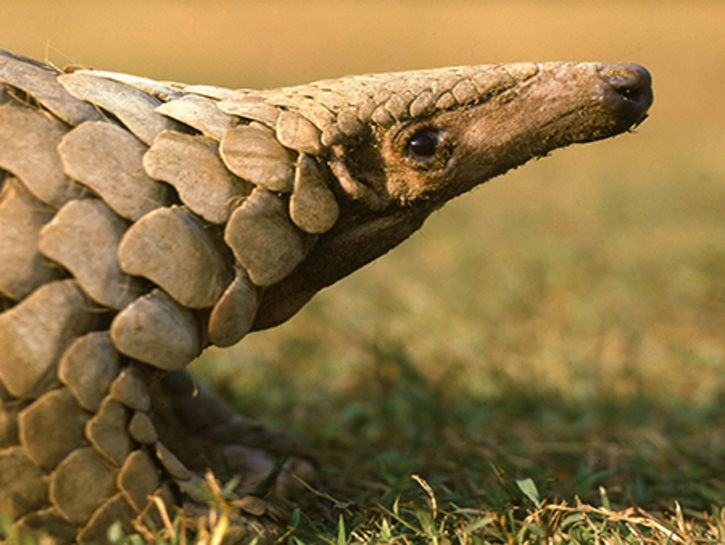 Thus, with these kinds of studies (https://www.ncbi.nlm.nih.gov/pmc/articles/PMC6893680/), it is not hard to see the pangolin’s payback for human greed and stupidity. “Pangolins are endangered animals in urgent need of protection. Identifying and cataloguing the viruses carried by pangolins is a logical approach to evaluate the range of potential pathogens and help with conservation…This is the first report on the viral diversity of pangolins, expanding our understanding of the virome in endangered species, and providing insight into the overall diversity of viruses that may be capable of directly or indirectly crossing over into other mammals.” [Viral Metagenomics Revealed Sendai Virus and Coronavirus Infection of Malayan Pangolins (Manis javanica), Viruses. 2019 Oct 24;11(11). pii: E979. doi: 10.3390/v11110979]

If not the pangolin’s revenge, then Gaia’s antibodies? Humans as pests on a living planet? “The Earth is now recognized as a self-regulating system that includes a reactive biosphere; the system maintains a long-term steady-state climate and surface chemical composition favourable for life … The Earth system is dynamically stable but with strong feedbacks. Its behaviour resembles more the physiology of a living organism than that of the equilibrium box models of the last century.” [James Lovelock, “A geophysiologist’s thoughts on geoengineering,” Philosophical Transactions of the Royal Society A, 29 August 2008]

Fortunately, it is not Ego the Living Planet in the Black Galaxy (The Mighty Thor 132, September 1966). It is Gaia, and the humans are not parasites. “Perhaps the saddest thing is that if we fail and humans become extinct, the Earth system, Gaia, will lose as much as or more than we do. In human civilization, the planet has a precious resource. We are not merely a disease; we are, through our intelligence and communication, the planetary equivalent of a nervous system. We should be the heart and mind of the Earth not its malady. Perhaps the greatest value of the Gaia concept lies in its metaphor of a living Earth, which reminds us that we are part of it and that our contract with Gaia is not about human rights alone, but includes human obligations.” [James Lovelock, https://royalsocietypublishing.org/doi/10.1098/rsta.2008.0135]

Before COVID-19, humans felt no urgency to save the pangolins and other threatened mammals from profiteering and extinction. Before COVID-19, Earthlings by and large acted as if they had all the time in the universe to conduct business as usual, pushing away thoughts of catastrophic climate change. Before COVID-19, Terrans neglected to prepare for a Black Swan of globe-trotting killer disease. Now, they must live in a nightmare scenario as horrendous as nuclear war. Now, they need leaders with the caliber of the World War 2 titans: Winston Churchill (blood, sweat and tears), Josef Stalin (man of steel), or Franklin Delano Roosevelt (four freedoms).

FDR in particular, whether he suffered from polio or Guillain-Barre Syndrome, was determined to complete the mission of the original United Nations to eradicate Hitlerism. The wartime American president had been elected governor of New York half a decade and Chief Executive more than a decade after he had contracted the disease. President Roosevelt “led this country to victory in World War II and through the Great Depression from his wheelchair.” – Michael Deland, chairman of the National Organization on Disability [Christopher Clausen, “FDR’s Hidden Handicap,” Wilson Quarterly, Summer 2005] Roosevelt’s leadership included buying a financially distressed Warm Springs facility then converting it into a rehabilitation center for polio patients, created the National Foundation for Infantile Paralysis (March of Dimes), and restored public confidence in his first 100 days.

Roosevelt (United States’ first disabled president) was mocked by Nazi Germany with its Aryan medicine and racial hygiene. “One always feels the need to wash one’s hands after being forced to deal with the methods of U.S. interventionism. It is so unpleasant and filthy that one shudders … That such a man has the impudence to judge us, to call on God and the world as witnesses of the purity of his deeds, to incite war and send innocent people singing ‘Onward Christian Soldiers’ to battle for his filthy financial interests can only fill anyone with even the most primitive sense of decency with the deepest horror.” [Joseph Goebbels, “Mr. Roosevelt Cross-Examined,” Das Reich, 30 November 1941]

Roosevelt and his leadership strengths are cited as we commemorate the 75th anniversary of the liberation of the Queen City of the South: “General Arnold’s men moved into Cebu City on 27 March, too late to keep the Japanese from destroying it. The next day Lahug airfield, two miles northeast of Cebu City, was captured.” [Southern Philippines, 27 February-4 July 1945, CMH Pub 72-40]

“The veteran Americal Division, while still engaged on Leyte, was given the triple task of liberating Cebu, Negros Oriental, and Bohol … the enemy had constructed many pillboxes and barricades commanding all road junctions and the main highway leading into Cebu City. These defensive installations were unmanned, however, and only intermittent sniper fire opposed the advance. With the assistance of guerrillas, Buhisan Reservoir was seized and the city of Cebu was entered the day following the landing.” [Reports of General MacArthur. The Campaigns Of MacArthur In The Pacific. Volume I. Chapter 11: Operations of the Eighth Army in the Southern Philippines]

India records biggest ever rise in coronavirus cases anywhere in the...