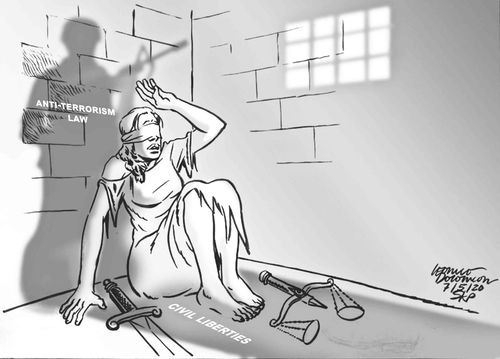 ‘We have a stake in ensuring Hong Kong’s stability and progress.’

JUST like US President Donald Trump, our secretary of foreign affairs turns to Twitter to float his thoughts on local and international issues, and one of his recent tweets was a cryptic one that has been read by many as about Hong Kong.

Foreign Affairs Secretary Teddy Boy Locsin wrote: “It’s been observed — by me mainly — that laws which seek to discourage challenge invite challenge; to impose order invite disorder. And when a crackdown follows it appears to justify both the challenge and the disorder. So sometimes national security laws invite insecurity.”

The comment came on the heels of the HK implementation by Beijing of its National Security Law, giving China the legal teeth to deal with serious challenges by criminalizing acts of secession, subversion, terrorism, and collusion with foreign or external forces.

Hong Kong is vital to the Philippines most especially in the period of pandemic crisis and going forward to the next two years of economic recovery efforts of the nation. The PH economy has just lost more than 7 million domestic jobs, on top of thousands of job losses among OFWs in the Middle East. Thus, the 230,000 jobs of Filipinos in HK are a treasure the nation can hardly afford to lose.

Hence, the PH hopes for the continued stability and resurgence of prosperity of HK. Yet, our OFWs in HK and their families became worried since violent protests started rocking the HKSAR (Hong Kong Special Administrative Region) of China.

HK has been subject to inclement political-financial weather the past months, and the “One Country, Two Systems” has been the object of much debate and interpretation. The order of the two principles, however, clearly puts emphasis on the unity of the country, expressed in the “One Country.”

Hence, China has seen it proper and timely to legislate a National Security Law in response to divisive voices and the perilously extreme actions from radicals in HK with some signs of agitation for secession – messaging that any nation-state would abhor and put a rein on.

The law’s implementation coincided with the 23rd anniversary of Hong Kong’s handover to China by Great Britain, which ruled the former Crown Colony for 156 years.

It is fortunate that to date, US sanctions on HK and China on these issues remain subdued and HK’s stability and viability is undisturbed, consisting only of ban on individuals traveling to the US and export restriction on “certain types of civilian-military dual use technologies.

China has responded to US sanctions with equal restraint, banning US government officials directly involved in putting pressure on HK and China’s officials involved in the National Security Law enacted to stabilize and protect the Special Administrative Region of China.

International business is happy with the situation, mirrored by this recent headline, “Hong Kong stocks, undeterred by new security law, rise with Asia.”

Asia, of which Hong Kong is an important cog, is indeed the hope of the rest of the world for faster recovery from the pandemic crisis of 2020. We have a stake in ensuring Hong Kong’s stability and progress.