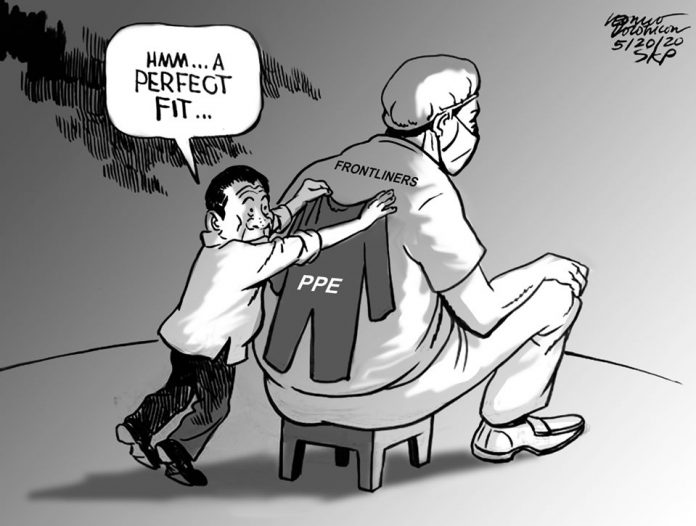 `Duque, who is chairman of PhilHealth, surely has many things to explain in the next Senate hearing.’

IN many committee hearings of the Senate, officials of the Executive branch often have a hard time explaining to the senators how they spend their budgets, how they implement their programs, and how they safeguard the people’s money from graft and corruption which we all know is pervasive in government.

Several times, too, officials of the Executive were found to be misleading the senators by providing them half-truths and downright lies, things that documentary evidence can very easily dispute.

Because of this situation, the Congress’ oversight powers have become not only relevant, but also necessary. And in the last few sessions of the Senate, such as the investigation on Good Conduct Time Allowance, the probe became productive and successful that a chief of the Philippine National Police had to resign in the face of evidence of misdeeds in an operation that occurred several years ago. Also, the whole Bureau of Corrections of the Department of Justice had to undergo a revamp, with the cleansing even claiming several lives lost.

Now, there is another case which Senate minority leader Franklin Drilon wanted to probe deeply. Drilon said the government could potentially lose P8.3 billion due to overspending made by the Philippine Health Insurance Corporation (PhilHealth) in paying for tests of the 2019 novel coronavirus disease (COVID-19).

“The package of PhilHealth is P8,150 per test,” Drilon said in a TV interview, and noted that the government aims to test around 2 million Filipinos. Drilon pointed out the costs of the private sector in conducting COVID-19 tests only range from P3,500 to P4,000. “Roughly a reasonable cost for one test is P4,000,” the lawmaker pointed out.

Drilon cited that his researchers showed that the figure include P1,500 for a test kit from China, P2,000 for overhead and materials used, and P500 as a margin for the hospital.

“That is the cost that the Red Cross would recover and charge from the patients who would avail themselves of the testing facilities of Red Cross. Now, what is PhilHealth doing? They are reimbursing the hospitals for the same work and same process at P8,150,” he said.

“The overpayment by PhilHealth is P4,100 per tests,” he added, and so there is a potential overprice of P8.3 billion.

During the hearing held on Tuesday, May 19, Drilon already questioned Health Secretary Francisco Duque III about the PhilHealth’s overpriced package for testing. The senator said the health secretary “could not answer me.”

Duque, who is chairman of PhilHealth, surely has many things to explain in the next Senate hearing.