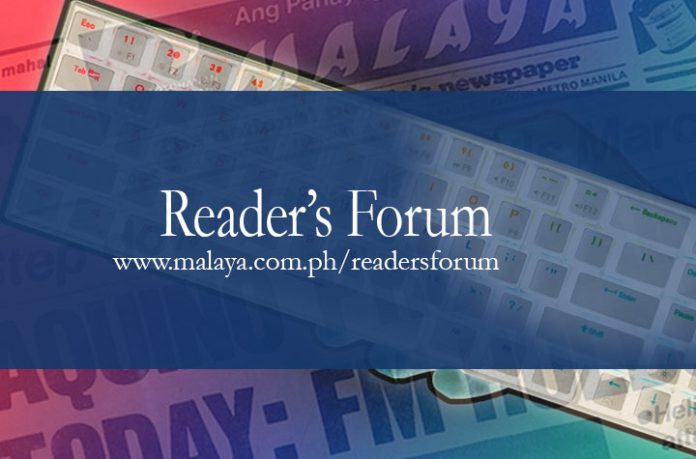 THE news article regarding the appointment of Mr. Ramon “RJ” Pereyra Jacinto (RJ Jacinto) as newest undersecretary of the Department of Information and Communications Technology (DICT) compelled me to write in the interest of public service and welfare.

More than the consideration of professional competence, the primordial standard in the vetting process in the appointment of public officials must be their integrity and ethical uprightness. Section 2, R. A. 6713, otherwise known as the Code of Conduct and Ethical Standards for Public officials and Employees, declared as state policy the promotion of “high standard of ethics in public service.  Public officials and employees shall at all times be accountable to the people and shall discharge their duties with utmost responsibility, integrity, competence, and loyalty, act with patriotism and justice, lead modest lives, and uphold public interest over personal interest.”

Based on the standard of the declared state policy, various cases filed against Undersecretary RJ Jacinto, which remain pending, would automatically disqualify him from the position.

One of these cases is pending with the Metropolitan Trial Court of Makati City (Pp. vs. Ramon P. Jacinto, Criminal Cases No. 19-3261 to 19-3269) and involves about P465 million owed to the Land Bank of the Philippines. Undersecretary RJ Jacinto is also a respondent in a criminal and administrative case before the Office of the Ombudsman for graft and corruption which I, myself, filed involving a property in Makati City. The majority of the Board of Directors and officers of the Philippine Communications Satellite Corporation (Philcomsat), of which the government has an interest represented by Undersecretary RJ Jacinto, also has a beef with him regarding conflict of interest. In fact, Undersecretary Jacinto was removed from the said Board of Philcomsat as a result of such conflict of interest.

I say, it would best serve public interest if Undersecretary RJ Jacinto would voluntarily offer to shield the DICT from his “rockin’ and rollin’” ways by surrendering his position and giving way to a more competent one.

Pope says he must go to Iraq because people cannot...