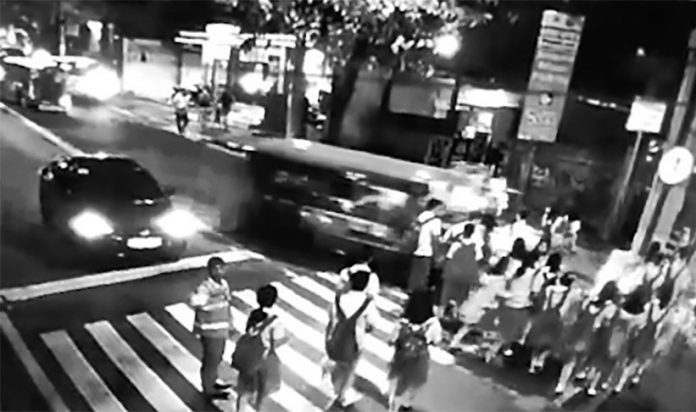 EVERY DAY, those of us who watch the evening news on television are treated to stories and videos of road accidents that claim the lives of innocent people — motorists, bystanders and pedestrians alike. These incidents have become more horrendous, gorier, each day.

Just this week, we saw and heard stories about a speeding black van hitting a white SUV at the Tarlac-Pangasinan Expressway, on the way to Baguio City. The van carelessly overtook a vehicle with a windshield dash cam that recorded the incident, then plowed through the plastic barriers and bumped the white SUV which rolled over three times due to the impact.

Its six occupants were lucky they were wearing their seatbelts, and survived the accident with just serious injuries.

That same day or the next, another driver hit and killed two senior citizens walking on the side of the road with several companions. This second driver admitted to taking a medicine presumably for his allergy, which made him sleepy and reduced his alertness. He said he stepped on the accelerator thinking it was the brake pedal.

In busy Raon St. in Quiapo, Manila, a high-end SUV suddenly backed into a group of shoppers and killed a woman, injuring several people also this week. While this SUV brand had been previously known to do some mechanical tantrums that killed a number of people in the past, police said this time it was “human error” that caused the accident.

As if this narration is not enough, two similar incidents occurred in Makati and Baclaran, Paranaque City just last Wednesday night — perhaps minutes of each other. Jules Villapando, a teenage student, died while seven of his schoolmates were injured when a jeepney hit them as they were crossing a pedestrian lane on J. P. Rizal St., Barangay Poblacion, Makati. The victims were young boys and girls whose ages ranged from 13 to 17. The driver claimed that his vehicle lost its brakes, but it was observed in the close-circuit television footage obtained by the police that he stopped abruptly after hitting the students.

Also on the same Wednesday night, ten persons were injured, three of them critically, when they were hit by another SUV in front of the Baclaran Church in Paranaque. Several other vehicles were damaged in the incident, and three vendors were injured.

What is pathetic about this sorry situation on the road is that many of these accidents are preventable. Proper vehicle maintenance, enhanced driving skills, discipline in following traffic rules and regulations, and observance of basic courtesy on the road are needed by all drivers and road users. Special mention in connection with these reminders are the “pasaway” riders of motorcycles who think they own the road and are exempted from all traffic rules.

Our lawmakers in the House of Representatives are definitely aware of the problem, and so they decided to file several bills to institutionalize driver education in the country. The solons wanted new applicants for driver’s license and even existing holders of licenses to drive to undergo basic driver education and training to somehow lessen the danger in the road.

This is just one of the options open to the government, but just like training policemen on how to be honest, this education-based approach might just be another failure with good intentions.