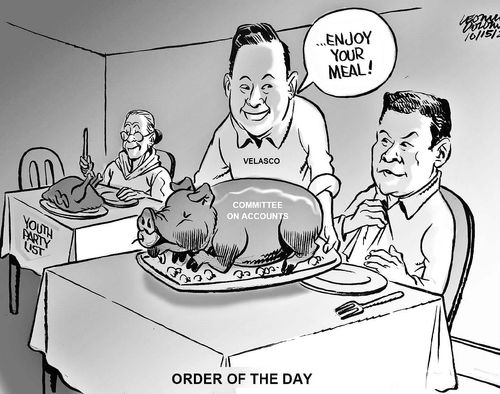 THE idea is neither new nor doubtful in its effectiveness in fighting criminals who are popularly termed as “riding in tandem.” This artifice involves organizing and mobilizing an elite force of policemen and barangay tanods, sending them incognito in various areas of the city with fast and dependable motorcycles and cellphones, ready to respond on a moment’s notice to incidents of murder, holdups, robbery and illegal drugs perpetrated by criminals who are “riding in tandem.”

This stratagem was used quite effectively by the late Mayor Thony Halili of Tanauan City who, for a time, was able to neutralize motorized killers in his bustling city in Batangas. It was just unfortunate that Mayor Halili himself was assassinated during a Monday morning flag ceremony at Tanauan City Hall a couple of years ago. “I beat them in their own game. I used their own method.” We remember Mayor Halili say with pride, noting that the almost killings have stopped in Tanauan then.

‘Let us monitor this policy shift which will soon be implemented by the Philippine National Police and hope that they do not bungle the plan.’

Now, President Duterte is picking up the idea where Halili left off. Malacañang is planning to acquire motorcycles for policemen to enhance their capability in fighting criminality, especially crimes that happen in the streets. In his latest televised address this week, Duterte revealed his plans to purchase motorbikes, train more plainclothes policemen in using these fast and convenient vehicles, and engage the criminals in the streets. This is the Halili way in Tanauan, and the Duterte tactic in Davao — both proven correct and effective in a local setting.

Duterte talked about the need to improve the mobile capacity of policemen after expressing concern that crime is on the rise again as the nation reopens its economy and people now enjoy less restrictive quarantine and curfew policies.

“I really intend to go hard within the last two years of my term, pati itong mga kriminal.

We have seen an upsurge of holdups, street crimes again because of the liberality being offered by the opening of the economy and of course, people are now allowed to roam freely and to travel,” the President said, explaining his new tack in crime fighting.

This policy is expected from President Duterte, who is a rabid motorcycle enthusiast, and has in fact suffered several mishaps while riding big bikes. He even suggested to Interior and Local Government Secretary Eduardo Año to buy the 250cc motorbikes for the cops, so that they can move faster than the suspects they are to chase.

The Chief Executive’s shift in policy necessarily will draw forth worries and concerns from human rights advocates and Duterte’s critics from the Yellow camp for they will think that it will result in a surge in extrajudicial killings and similar police abuses. Let us monitor this policy shift which will soon be implemented by the Philippine National Police and hope that they do not bungle the plan.

UK households suffer bigger hit than in Germany and France