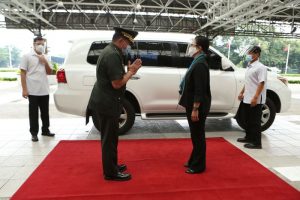 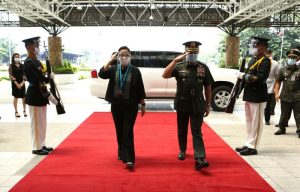 VP Leni said she made the visit to personally convey her congratulations on Gapay’s designation and to thank the members of the 51st Engineer Brigade of the Philippine Army who took part in building various projects of her office. She was not able to attend the Turn Over of Command last August. 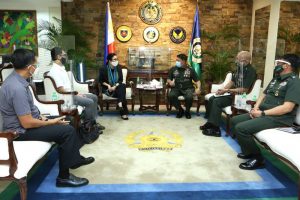 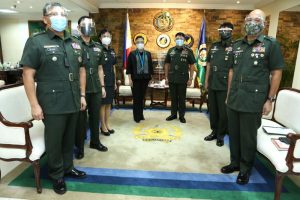 “I also took the opportunity to thank the AFP for being a dependable partner in our various initiatives, especially those in line with our COVID-19 response,” the vice president said in a statement.

The AFP actively participated in building IKEA shelters as part of the Office of the Vice President (OVP)’s The Oasis Project, the temporary shelter sites built for medical frontliners in Lung Center of the Philippines and in Quirino Memorial Medical Center. They also set up the triage and quarantine areas at the Chinese General Hospital and the Manila Doctors Hospital at the height of the pandemic. “Various units of the AFP have also been helping us bring assistance, such as PPE sets, locally produced protective suits, and medical supplies, to different parts of the Philippines, especially to far-flung communities,” VP Leni added. 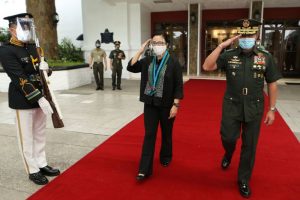 Members of the AFP at the Vice President Security Detachment have also been active participants in the OVP’s COVID-19 Response Operations, particularly through the free shuttle service for frontliners in Metro Manila and in Cebu.