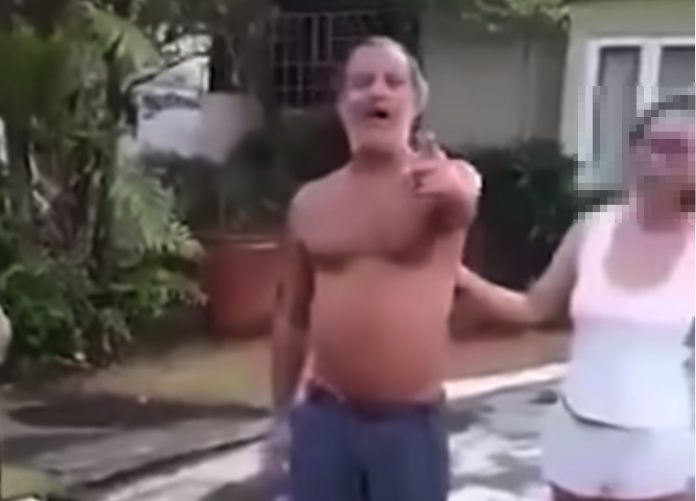 THE Bureau of Immigration (BI) has perpetually barred from re-entering the country a Spaniard whose altercation with a policeman over COVID-19 safety protocols inside a posh Makati village last April went viral on social media.

Morente said immigration records show that Parra has yet to return to the country after he left for Madrid on April 29, or three days after the April 26 incident at the Dasmariñas Village where he was caught on video verbally abusing a Makati cop who accosted his househelp for not wearing a face mask while watering their outdoor plants.

The policeman and a village official was doing a round of the subdivision when they chanced upon the househelp in the garden and reprimanded her for violating village regulations. The househelp went inside the house, and a fuming Parra came out and started shouting at the policeman.

The police officer said Parra reeked of alcohol at the time of the altercation.

“Now that he has been placed in our immigration blacklist, he is perpetually banned from re-entering the Philippines for being an undesirable alien. Foreigners who disrespect our laws and persons of authority do not deserve the privilege to stay in our country,” Morente said.

Morente said the blacklist order should also serve as a warning to all foreign nationals in the country to respect our laws and regulations and those tasked to enforce it.

BI Intelligence Division chief Fortunato Manahan Jr. said Parra left the country on April 29 on board a Qatar Airways flight to Doha enroute to his final destination in Madrid.

Manahan said Parra was allowed to leave since at the time, no formal charges has been filed against him in court and the bureau was still conducting an investigation and case build-up against him.

Makati Police Master Sgt. Roland Madrona who accosted Parra leading to the altercation has filed criminal complaints against him before the Makati City Prosecutors Office.

Parra was charged for direct assault and resistance and disobedience to a person in authority, violation of the Bayanihan We Heal as One Act and a city ordinance on the wearing of face mask in public places, as well as unjust vexation.

Manahan said they gave Parra until May 21 to explain why he should still be allowed to stay in the country after the incident and a notice was sent to his Dasmarinas Village residence but was apparently ignored.

Manahan said this prompted the BI to initiate deportation proceedings against the foreigner on grounds of undesirability.

“Even if he is out of the country he could still file his answer to the allegations by engaging the service of a lawyer who could file the counter-affidavit on his behalf. It was obvious that he really intended to disregard the notice by just ignoring it,” he said.