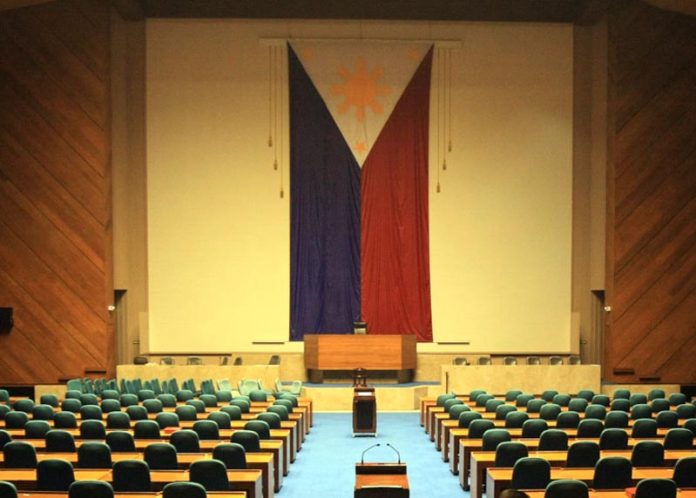 SENATE majority leader Juan Miguel Zubiri yesterday said the Senate will return to session a week earlier than the scheduled resumption of Congress on November 16 to give senators more time to deliberate on the proposed P4.5-trillion national budget for 2021.

Zubiri said the Senate will likewise continue with its deliberations on the proposed Corporate Recovery and Tax Incentives for Enterprises (CREATE) Act, a priority measure of the Duterte administration which seeks to lower corporate income taxes from 30 percent to 25 percent, then one percent every succeeding year from 2023 to 2027 until the tax falls flat at 20 percent.

Both houses of Congress are set to suspend sessions today, Friday, for the Halloween break and come back on November 16, as stated in the legislative calendar which is approved by the two chambers.

The House had earlier prematurely suspended its sessions until November 16 after railroading the approval on second reading of the Malacañang-submitted National Expenditure Program (NEP), catching both Malacañang and the Senate by surprise.

After senators warned that the early suspension of the House sessions would delay the approval of the 2021 national budget, and which could subsequently lead to a reenacted budget in the first few months of next year, President Duterte called the House to a special session and directed lawmakers to resume plenary deliberations on the proposed budget bill.

Legislative rules require that both houses of Congress be in session at the same period. If one house decides to take a break or resume sessions earlier that officially scheduled, it must inform the other house.

“We will inform the HOR and start sessions early. If they agree and no one makes a complaint, we will start early,” Zubiri said.

The House of Representatives is expected to approve today on third and final reading the two measures that were certified as urgent by President Duterte: the proposed P4.5-trillion national budget for 2021 and the bill granting the Chief Executive the authority to expedite the processing and issuance of national and local permits, licenses, and certifications in times of national emergencies such as the current COVID-19 pandemic.

The leadership of newly installed Speaker Lord Alan Velasco is expected to vote on the 2021 budget to have it approved on second reading before nominally voting on it again for passage on third and final reading.

As his first major act as the leader of the Lower House, Velasco has ensured a quick approval of the 2021 General Appropriations Bill (GAB) after it was caught in the middle of the speakership fight between him and now ex-speaker Alan Peter Cayetano.

The deliberations on the budget was put on hold after the House prematurely suspended the session last week amid the plans of Velasco’s camp to insist on his term-sharing agreement with Cayetano.

The ouster move, however, was ignited by allegations that Cayetano’s clique had cornered a huge part of next year’s infrastructure budget.

By expense class, the biggest chunk of the 2021 budget, which comprises 29.2 percent or P1.32 trillion, will go to personnel services to allow government to hire more health workers, including contact tracers, to improve its response in addressing the pandemic.

This level considers the huge additional hiring of health workers under the Human Resource for Health Program of the Department of Health (DOH), the second tranche implementation of the Salary Standardization Law of 2019, and the increased pension requirements of military and uniformed personnel.

Capital outlays will come in second with P920.5 billion, accounting for 20.4 percent of the proposed budget and growing by 12.9 percent.

The increase in capital outlays from this year’s budget is owed mainly to the increase in infrastructure programs of the Department of Public Works and Highways (DPWH, 14.7 percent) and Department of Transportation (DOTr, 42.6 percent), the DBM said.

Maintenance, operating and other expenditures (MOOE) will amount to P699.4 billion, debt burden with P560.2 billion, support to government-owned and-controlled corporations with P157.5 billion, and tax expenditures with P14.5 billion.

By sector, a bulk of next year’s proposed budget will be provided to the social services sector amounting to P1.664 trillion, equivalent to 36.9 percent.

This includes funding support for programs related to health, social protection, and education. The economic services sector will receive the second highest allocation with P1.347 trillion or 29.9 percent of the proposed budget.

House majority leader Martin Romualdez said the House will also approve on third and final reading the bill granting the President anti-red tape powers as soon as the House of Representatives gets the letter of certification from Malacañang.

“Upon the directive of the President and the instruction of Speaker Velasco, the House of Representatives will work on the passage of the anti-red tape measure before we adjourn the special session,” said Romualdez.

Velasco and Romualdez on Wednesday night led the filing of House Bill (HB) No. 7884 or An Act Authorizing the President to Expedite the Processing and Issuance of National and Local Permits, Licenses, and Certifications to accelerate the country’s socioeconomic recovery and ensure an effective government response to the present health crisis.

The measure will be approved by the House which will be constituted as the committee of the whole before it is voted upon for second and third reading passage on the same day like the GAB.

“Under the leadership of Speaker Velasco, we are in full support of the marching orders from President Duterte for Congress to go all out in helping curb red tape and corruption in all levels of governance,” Romualdez said. “We have to help the President in his campaign to put a stop to deep-rooted, systemic and systematic corruption in government.”

Under Section 2 of the measure, President Duterte will have the authority to suspend the requirements for national and local permits, licenses and certifications, and to streamline and expedite the process of issuance.

It seeks to authorize the President to expedite the processing and issuance of national and local permits, licenses and certifications in times of national emergency.

The President, under the measure, shall have the authority to accelerate and streamline regulatory processes and procedures for new and pending applications and renewals of permits, licenses, clearances, certifications or authorizations.

The proposed law also empowers the President to fix or shorten the periods for the processing and release of these documents.

The bill also grants the President the power to suspend or waive the requirements in securing such permits, licenses, clearances, certifications or authorizations.

In consultation with or upon the recommendation of the affected government agencies, HB 7884 may prescribe the permanent streamlining of regulatory processes and procedures, and the suspension or waiver of the requirements in securing the documents.

But Section 2 of the proposed legislation shall not be used to “undermine the existing procedures and processes, under applicable laws, rules and regulations, meant to protect the environment, especially those that aim to safeguard protected areas and its buffer zones, and environmentally critical areas.”

Under Section 3 of the measure, the President has the power to suspend or remove, any government official or employee performing acts contrary to the measure consistent with Article VII Sections 1 and 17 of the Constitution, the Revised Administrative Code, other existing laws, and jurisprudence.