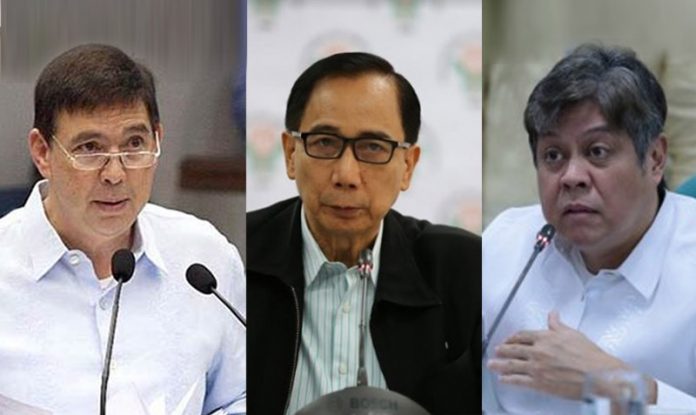 PUTTING a ceiling or cap on the prices of pork and chicken is not the appropriate approach to stop the rising cost of the food products, senators said yesterday.

President Duterte on Monday signed Executive Order 124, which imposed a 60-day price range limits for pork parts and dressed chicken in the National Capital Region (NCR) after pork prices soared to as high as P450 per kilo in January as a result of a shortage in local supply due to outbreaks of the African swine fever.

Senate president pro tempore Ralph Recto said rather than imposing a price ceiling, the government should instead boost local productivity and supply through the provision of technical and financial assistance to the hog industry.

Sen. Francis Pangilinan agreed that setting a price cap is an “ineffective” way of solving the problem, noting that even the price freeze previously imposed by the government on health products at the height of the COVID-19 pandemic last year had failed.

“We should set an example and go after these price manipulators. Under the Price Act, a fine of P1 million can be imposed on anyone who will be caught violating the law,” he said.

Pangilinan recalled that as food czar when prices of rice increased in 2014, he created an inter-agency task force composed of the National Food Authority, Department of Trade and Industry, NBI, and the PNP who ran after profiteers and unscrupulous traders, and even a number of NFA managers.

As a result, he said numerous business permits were revoked or suspended, while cases were also filed against profiteers and hoarders, and a number of NFA employees “involved in diversion and re-bagging.”

Sen. Imee Marcos, committee on economic affairs chair, said market sellers may have a hard time complying with the price ceiling if middlemen sell pork and chicken products at a much higher price than what was imposed by the government.

The Department of Interior and Local Government yesterday directed local government units in the National Capital Region to implement the President’s order.

“We direct our Metro Manila Mayors to comply with EO 124 signed by the President and ensure that prices of pork and chicken are regulated in their localities.”

He urged LGUs to activate their respective local price coordinating councils (LPCCs) and monitor public and private markets, in coordination with the Department of Trade and Industry, to prevent unwarranted price increases. – With Victor Reyes

Cebuana Lhuillier’s services can now be done from home