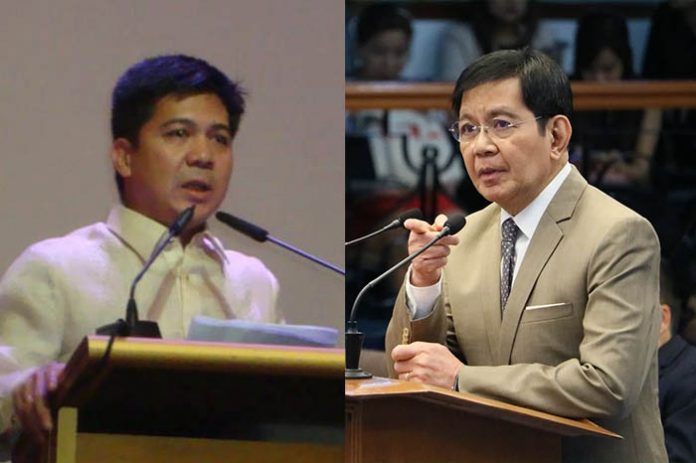 ANAKALUSUGAN party-list Michael Defensor yesterday cried foul over allegations that some congressmen are involved in the deep-rooted graft and corruption in the Department of Public Works and Highways (DPWH), saying the allegedly corrupt lawmakers should be identified because it is unfair for the whole institution to be dragged into the controversy.

Defensor said all congressmen will be suspects in the court of public opinion as long as accusers refuse to identify the House members who are and have been allegedly pressuring DPWH officials to conspire with them.

“It would be unfair to the individual representatives not involved and the collective institution of Congress,” said Defensor, chair of the House committee on public accounts.

Sen. Panfilo Lacson has said that some congressmen have been putting extreme pressure on Public Works Secretary Mark Villar and his predecessors for priority funding of their “pet projects.”

Lacson claimed that a number of congressmen have been throwing their weights on Villar for their districts’ inclusion in the DPWH’s list of priority projects and for funding “insertions” in the General Appropriations Act (GAA).

Lacson was echoing the statements of Presidential Anti-Corruption Commission (PACC) commissioner Greco Belgica that some congressmen have been bullying DPWH district engineers to force them into conspiring with solons and contractors, an allegation which Villar had already denied.

Defensor lamented that while the House as an institution is not being attacked, “the net effect is that everyone is a suspect in the scheme which Comm. Belgica stated.”

While he is willing to work with Belgica on this issue, Defensor said “it is best if the particular districts (involved in the alleged DPWH scheme) are identified.”

“Nevertheless, issue aside , we can work on the legislation required to avoid this like the DBM – PS (Department of Budget and Management – Procurement Service) scheme we adopted to ensure price standardization for the purchase of supplies,” he said.

The alleged inequitable allocation of public works budget under the budget bill as proposed by the Executive was what sparked the coup against former speaker Alan Peter Cayetano.

Allies of now Speaker Lord Allan Velasco led by Negros Oriental Rep. Arnolfo Teves called out the “unfair” practice, saying the districts in the former leadership’s clique have bigger infrastructure allocations than those of ordinary congressmen.