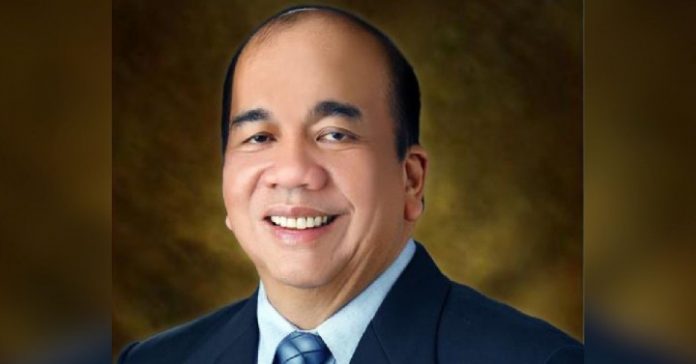 THE practice of the Philippine Health Insurance Corp. (PhilHealth) of paying hospitals more than the patients’ actual hospitals bills is not covered by any policy circular in the agency, which a lawmaker said is a violation that can be used to file charges against its officials.

During the resumption yesterday of the joint hearing of the House committees on public accounts and on good government, Cavite Rep. Elpidio Barzaga Jr. pressed PhilHealth to cite the basis of the alleged unlawful practice which is suspected to have led to billions of overpayments to hospitals.

“Does PhilHealth have a circular providing for the (all) case rate (system)? Is there is a provision giving you right to pay for case rates even if the patient’s actual (hospital) billing is lower (that the case rate)? Yes or no?” Barzaga asked PhilHealth officials.

Dr. Israel Francis Pargas, PhilHealth senior vice president for health finance policy sector, cited the agency’s 2011 implementing guidelines which states that the entire case rate amount shall be paid in full to the health facility that rendered its services to a patient.

However, when Barzaga asked Pargas if the circular provides that the hospitals will be paid the same amount based on the case rate even if the patient’s hospital bill is lower, the PhilHealth official said it does not.

This prompted Barzaga, a CPA-lawyer, to say that Pargas’ admission is glaring proof of anomalies in the agency which he said can end up in the filing of charges by the Office of the Ombudsman against PhilHealth executives, possibly including plunder as earlier aired by Anakalusugan party-list Rep. Michael Defensor, chair of the public accounts panel.

The joint panel has the power to recommend to the Ombudsman which charges will be filed against the erring PhilHealth officials.

Pargas also admitted to Barzaga that all excess funds that PhilHealth pays go to the hospitals, a practice which earlier prompted Defensor to believe that there is a connivance between some PhilHealth officials and the hospitals in siphoning money off the state insurer.

Barzaga also warned PhilHealth officials there is now a clear case of malversation or illegal use of public funds against them, as they released funds through the agency’s interim reimbursement mechanism (IRM) to hospitals or health facilities that do not accept coronavirus 2019 (COVID-19) cases.

IRM is a system under which PhilHealth pays hospitals and other healthcare facilities in advance for the insurance claims of PhilHealth members, to ensure their liquidity during crises, like the COVID-19 pandemic.

He said it is clear in the agency’s circular that IRM is applicable only to cases involving fortuitous events such as COVID-19 but dialysis centers, private birthing facilities and hospitals not accepting COVID cases were given funds.

“Private birthing facilities were given IRM and based on your submission, even infirmaries were also given. Is that right?,” Barzaga asked Pargas who admitted it. “So, all those who signed checks, signed accompanying documents, they will be liable. And it would be easy to convict.”

Pargas also admitted that hospitals with pending fraud cases were also given IRM funds, saying it “was without prejudice to the hospitals (previous) actions.”

Defensor earlier said 51 hospitals facing fraud cases have been given some P1.4 billion by PhilHealth through the IRM since 2013.

Health Secretary Francisco Duque III ordered PhilHealth to hasten its review of the IRM, whose implementation was suspended last week by the agency to pave the way for the review.

“The review and resolution of issues raised in the recent congressional hearings must be rushed because the prolonged suspension of the program may affect the operations of healthcare facilities,” said Duque, chairman of the PhilHealth board.

“Let us look into any loopholes and clarify procedures to ensure that the issues raised are responded to,” he added.

In conducting the review, Duque said PhilHealth should consider the main objective of the IRM, which is to help all patients who are adversely affected by the COVID-19 pandemic.

This, he said, include healthcare institutions that are treating non-COVID-19 patients, such as those with cancer or needing dialysis.

Sen. Richard Gordon, chair of the Philippine Red Cross which is assisting government in its anti-COVID efforts, urged authorities to file charges against PhilHealth officials involved in corruption to send a strong message that government is serious in ridding the bureaucracy of anomalies.

He said efforts of lawmakers will come to naught if cases are not immediately filed in court.

The Senate has held three hearings into the alleged corruption in PhilHealth.

“Sigaw lang tayo ng sigaw sa Kongreso pero walang nangyayari (We create a lot of noise in Congress but nothing is happening). People don’t go to jail,” he said.

Jovita Aragona, senior vice president and chief information officer, also identified segments in the corporation’s validation processes that are still being done manually, according to

Justice Undersecretary Markk Perete.
Aragona and two other officials testified before the task force on Wednesday.

“She attributed the current lack of validation mechanism in the corporation’s IT systems to the alleged failure of its relevant offices to specify their required internal control systems during the design and development of the IT system,” Perete said.

But Aragona also told the task force of PhilHealth’s plan to develop a more sophisticated IT system to address the problem.

“She also clarified that the previously reported questionable procurement of switches was a transaction of the PhilHealth-NCR office,” Perete said quoting Aragona’s testimony, adding she called for an investigation to be conducted on that office for its procurement.

Perete was referring to the alleged overpriced proposal to procure 15 network switches for PhilHealth’s IT system.

During the Senate hearing on the issue Tuesday, Aragona and Senior IT officer Calixto Gabuya Jr. Said they did not tell “the whole truth” about the procurement. — With Gerard Naval, Raymond Africa and Ashzel Hachero