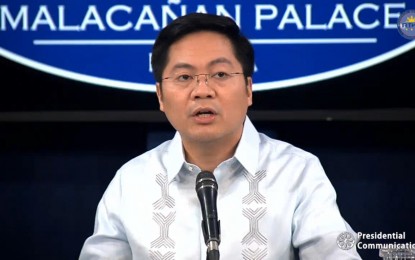 CABINET Secretary Karlo Nograles on Monday said President Duterte simply wants some “flexibility” in the use and realignment of funds to allow the government to meet challenges posed by the spread of the novel coronavirus (COVID-19).

They issued the statements following reports about the President seeking “emergency powers” in the fight against the new disease.

Panelo said among the “urgent measures” the President may need to effectively thwart the disease are allowing him to fund projects that would respond swiftly to the evolving health crisis and re-align funds in the national budget to “where they are needed to effectuate the success of the national objective of eliminating the grave threats facing the nation and satisfy the food requirements of those economically dislocated by reason of the forced home quarantine.”

Nograles, during the “Laging Handa” public forum, said details on the “powers” that the President may need will depend on results of the special session held  by Congress on Monday.

“So, let’s wait. But the President is only asking for some flexibility in the use of the budget to enable (him) to use the budget to address the needs to fight COVID-19),” he said.

Asked what specific allocation would be realigned to augment the funding for the anti-COVID campaign, Nograles said it would still be discussed and debated by the members of the House of Representatives and the Senate.

Panelo, in an interview with radio dzRH, allayed concerns of some businessmen that the emergency powers sought by the President would allow government to take over private establishments and businesses, including hotels and pharmaceutical companies.

He said those who expressed concerns were thinking of the martial law period when the government sequestered some private establishments.

He added that there would be no need for a government takeover since businessmen are cooperative and supportive of government actions against the COVID-19.

Panelo said there are some hotels near hospitals which have offered to house some of the patients if the hospitals are already full, while there are manufacturers which have vowed to produce more medicines and testing kits.

“There is nothing to be nervous about. The public, the businessmen have nothing to worry about these emergency powers. This is only needed to save ourselves from the death that threatens us),” he added.

Full award made on Tbills

Kapuso Barangayan on Wheels reaches out to more Filipinos in...