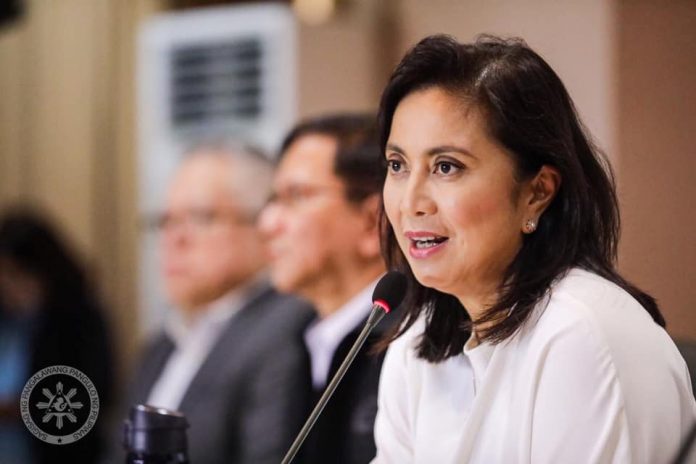 THE country is doing badly in its COVID-19 response because the Duterte administration believes in its own propaganda that it is doing well in addressing the pandemic, the camp of Vice President Leni Robredo said yesterday.

Gutierrez said the administration should take heed of the findings of the independent study conducted by the Australian Lowy Institute which ranked the Philippines 79th out of 98 in terms of pandemic response, and the The Economic Intelligence Unit estimate that the Philippines will be able to achieve vaccinations for 60 percent of Filipinos only by 2023, or two years from now.

“These are independent, objective assessments of our performance in managing the COVID-19 crisis, and should provide us with both means and motivation to identify gaps in our current policy and improve our overall response but instead, this administration insists on burying its head in the sand and crying ‘politics!’ every time assessments like these come out,” Gutierrez said.

Robredo last Sunday said administration officials should learn to admit shortcomings and start working to improve their performance instead of wasting time defending it, pointing out that they are too pre-occupied with spreading propaganda.

She urged the Executive to follow the example set by Baguio City Mayor Benjamin Magalong, who resigned as COVID-19 contact tracing czar after attending a party in Baguio City where rules on social distancing and mask-wearing were violated.

“Madam Vice President, let me answer your call for us to stop propaganda and focus on fixing the pandemic response. Ma’am, the World Health Organization is not a propaganda.

The World Health Organization might get angry because you are claiming that they are spreading propaganda – no they are not,” Roque said, in reference to data from the agency last week which ranked the Philippines 32nd in terms of confirmed total cases of COVID-19 (525,618 cases); 45th in terms of active cases; and 72nd in terms of deaths (2 percent fatality rate).

Roque said the government prefers to use WHO’s data, which he said was accurate and true, instead of believing information from unknown and self-proclaimed experts.

“That is not propaganda! That is the truth that should be accepted and the medical frontliners should be thanked who takes care of the health of the Filipinos. It is unfair to refer to their work output as propaganda; please do not do that,” he added.

Gutierrez said Roque’s reaction was typical: there is no problem, nothing has to be fixed and it’s all just politics.

“Hundreds of thousands have been infected, with thousands more getting sick every day, despite one of the longest lockdowns in the world. Millions have lost their jobs, and our economy has just experienced its worst shrinkage since World War II,” Gutierrez said.

The Vice President’s spokesman said the opposition is not criticizing for the sake of politicking but to help the government improve its performance because people’s lives are at stake.

“We want you to succeed for everyone’s sake but how will that happen when you continue to play deaf and blind in the face of our true state?” he said.

Sen. Francis Pangilinan shared Gutierrez’s criticisms as he noted that one year since the country recorded its first COVID-19 case, the government’s response has remained poor.

“COVID has been in the Philippines for a year now. The Department of Health said that more than 2,000 new COVID cases were recorded last Saturday, the first year of the country’s first COVID case… And according to a think-tank, Philippines is one of the countries with poor performance in the fight against COVID,” Pangilinan said.

The country’s first positive case was a 39-year-old Chinese tourist who showed symptoms of cough and sore throat and was later admitted to the San Lazaro Hospital in Manila. Five days after her test results came out, she was identified as the first COVID-19 case in the country.

Citing the Lowy Institute’s findings, lamented the government’s poor performance on COVID control and management has severely affected the economy. “Our poor economy is a result of unclear and disorderly government response against COVID,” he said.

Pangilinan said the government should have adopted the best practices of countries with low COVID cases like Taiwan and Vietnam.

“Our [regional] neighbors Taiwan and Vietnam were very good at containing the spread of the virus. They did not wait for vaccines to be developed as they were quick to contain the disease. Taiwan, for example, has recorded less than 1,000 COVID cases and we count with our fingers the number of fatalities. We should have copied what they did,” Pangilinan said. – With Jocelyn Montemayor and Raymond Africa