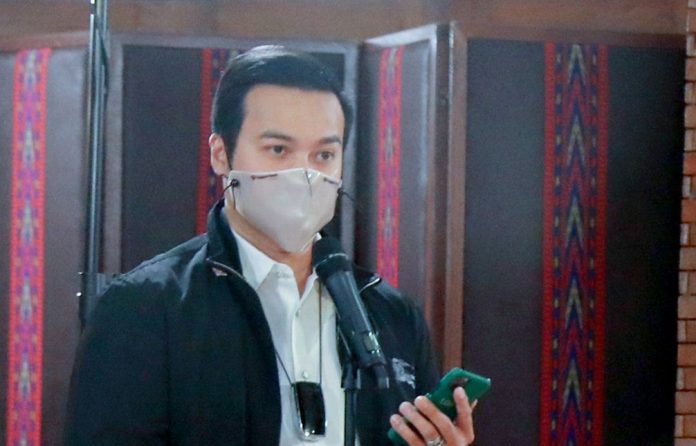 SPEAKER Lord Allan Velasco has filed a proposed Bayanihan 3 Act, under which a P420-billion fund will be earmarked to further help stimulate the recovery of the country’s economy, which has been reeling since last year under the heavy impacts of the coronavirus disease (COVID-19) pandemic.

At least 115 members of major political parties and power blocs comprising the supermajority bloc have expressed their support to the bill and signified their intent to co-author the measure.

Velasco said he filed the bill because the two previous Bayanihan laws – the Bayanihan to Heal As One and Bayanihan to Recover As One – were “not sufficient for the genuine economic recovery of the country.”

The Speaker cited a recent data from the Philippine Statistics Authority, noting that the Philippine economy contracted by 9.5 percent overall in 2020, the worst performance in the nation’s post-war history.

Velasco lamented that this is significantly deeper than the predicted contraction of 4.5 to 6.6 percent, which became the basis of the Development Budget Coordination Committee or DBCC for the 2021 National Expenditure Program.

“Given that actual economic output in 2020 was far below what was assumed for budget purposes, and further losses may still be incurred as the COVID-19 pandemic is expected to prevail well into the current fiscal year, an additional economic stimulus package is needed to help the government meet its recovery targets for the year,” Velasco said.

Faced with continued risk and uncertainty, Velasco said household consumption has also significantly declined, contributing as much as 5.7 percent to the total 9.5 percent annual reduction in output in 2020.

“Uncertainty is the primary effect this pandemic has on every aspect of our lives,” he said.

“Government must therefore take the lead to promote business and consumer confidence and social welfare. Increased, well-targeted spending is a vital step to achieving these goals.”

Under the proposed Bayanihan 3, another P108 billion for additional social amelioration will be distributed to impacted households through programs of the Department of Social Welfare and Development.

There will be another P5 billion to the Department of Public Works and Highways for the rehabilitation of typhoon-affected areas, including the repair, reconstruction and/or construction of flood control works, roads, bridges, public buildings and other damaged public works, to be distributed proportionately among provinces and cities affected; and P25 billion to the Department of Health for the procurement of COVID-19 medication and vaccines, and to finance logistics, information awareness campaigns, and other related operational expenses.