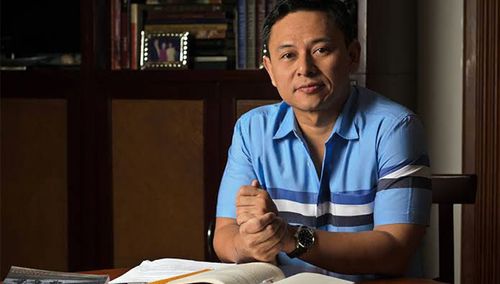 LAWMAKERS yesterday approved the reconciled version of the Bayanihan to Recover as One Act (Bayanihan 2) that gives the Duterte administration special spending authorities to deal with the impacts of the coronavirus disease (COVID-19) pandemic.

Sen. Juan Edgardo Angara, chairman of the Senate bicameral panel who led discussions with members of the House of Representatives, said the measure sets aside a P165 billion appropriation for the government’s COVID-19 response measures.

Of the amount, P140 billion is available for immediate government disbursement, while the P25 billion balance will be additional appropriations “if the funds are available.”

Angara said the Bayanihan 2 will be effective until December 19, or until Congress adjourns for its holiday season break.

Malacañang welcomed the approval of the measure, which presidential spokesman Harry Roque said laid out the blueprint of the administration’s strategies to recoup economic losses caused by the different levels of community quarantines that were imposed to control the transmission of the coronavirus.

Angara said the health sector got the biggest chunk of the proposed budget with more than P40 billion or a quarter of the total proposed amount.

Angara said lawmakers agreed to include private health workers in the beneficiaries of the tax-exempt P10,000 COVID-19 special risk allowance under the Bayanihan 2. A P10,000 financial aid will likewise be given to HCWs who will contract mild COVID-19 infections.

Similar to the allocation in the first Bayanihan Act, public and private HCWs who have contracted severe COVID-19 infection while in the line of duty from February 1, 2020 onwards will get P100,000 in compensation, while the family of an HCW who succumb to the virus will get P1 million in compensation.

Angara said the bicameral panel approved a P10 billion budget for the purchase of vaccines. “We agreed that as long as a vaccine is certified by the World Health Organization, we can make advance procurements so we can immediately avail of the vaccine to prevent us from waiting in line since these vaccines will be in demand. We did this so that the government’s hands are not tied so we can be one of the first to avail the vaccine,” he said.

Under the Bayanihan 2, Angara said lawmakers agreed to allocate P13 billion to P16 billion for the P5,000 to P8,000 emergency cash aid under the special amelioration program (SAP). The subsidy, however, will be limited to poor households under an enhanced community quarantine (ECQ) or on hard lockdowns, and to families of recently-returned overseas Filipino workers.

He said a proposed budget of P8.9 billion was also earmarked for the education sector, which will include assistance to affected students, public and private school teachers, and non-teaching staff; P24 billion to the agricultural sector, and P13 billion was reserved for aid to displaced workers.

The proposal of congressmen to set aside P10 billion to fund tourism infrastructure under the Bayanihan 2 was shot down in the bicameral level after only P1 billion was approved for such purpose.

The P10 billion fund under House Bill 6953 was originally supposed to be a “working capital” for the programs of the DOT but was diverted to TIEZA, the infrastructure arm of the Department of Tourism (DOT), to boost infrastructure spending during the pandemic.

On the non-monetary aspect of the proposed measure, Angara said the bicameral committee agreed to grant a 60-day grace period to all commercial loans, a 30-day grace period for the payment of utilities, do away with the punishments for quarantine violators as they were abused before, and allow telecommunication companies to put up cellular sites without the more than 30 requirements from local government units for three years.

Angara said a provision was also approved for both private and public hospitals to expand their COVID-19 bed capacity to at least 30 percent to be able to accommodate more patients infected with the virus.

Angara said just like Bayanihan 1, the President is mandated to submit a report to Congress, but this time the frequency will be on a monthly basis.

The Commission on Audit (COA) was also tapped to do a regular audit report of the funds.

“The Office of the President, through the executive secretary, will collate reports from various agencies which will then be transmitted to Congress,” he said.

The Senate on Thursday night ratified the Bayanihan 2. The House is expected to ratify the reconciled version next week, after which it will be transmitted to Malacañang for the President’s final approval.

“We do not need an implementing rules and regulations (IRR) here since this will automatically become a law once signed and published as this is an emergency measure” Angara said. – With Jocelyn Montemayor

6,000 athletes only in Tokyo opening rites