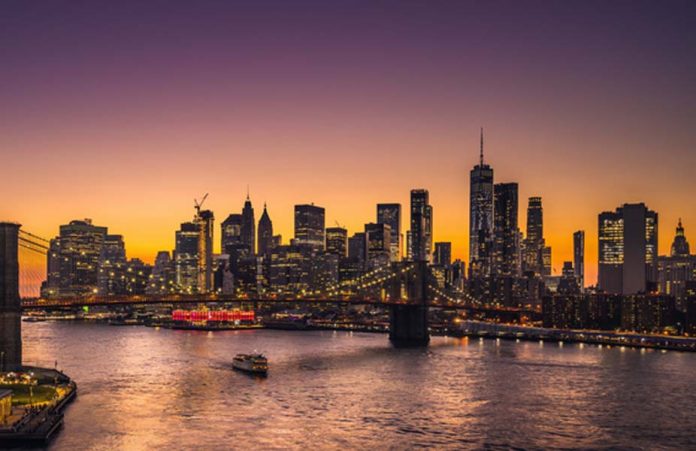 NEW YORK — The governors of New York, New Jersey and Louisiana pointed to tentative signs on Monday that the coronavirus outbreak may be starting to plateau in their states but warned against complacency as the death toll nationwide approached 11,000.

Although coronavirus cases and deaths continued to mount, the governors cited data suggesting the rates of growth and hospitalizations were slowing, possibly signaling a peak was at hand in three US epicenters of the pandemic.

New York Governor Andrew Cuomo said statewide deaths from COVID-19, the highly contagious respiratory illness caused by the virus, were up 599 from Sunday, on par with an increase of 594 during the previous 24 hours and 630 on Friday.

The state’s overall tally of confirmed cases grew by 7% from the previous day to 130,680. But hospitalizations, admissions to intensive care units and the number of patients put on ventilator machines to keep them breathing had all declined, Cuomo said.

“While none of this is good news, the possible flattening of the curve is better than the increases that we have seen,” Cuomo told a daily briefing, referring to the trend line formed when infections, deaths and other data are plotted on a graph. “If we are plateauing, we are plateauing at a high level.”

For doctors, nurses and emergency personnel in the trenches of the unprecedented public health crisis – many still coping with scarcities of protective garments and other supplies – the pace of their work remained unrelenting.

“Yesterday, I worked 16 hours and I had 13 cardiac arrests, and that’s a lot of death,” New York Fire Department Lieutenant Anthony Almojera, a paramedic, told Reuters on Monday. “I don’t know if any of us would ever be the same after this.”

New York City accounts for two thirds of nearly 4,800 deaths in New York state, which in turn represents about 45% of the nation’s total loss of life to date.

In neighboring New Jersey, the state with the second-highest number of cases and deaths, Governor Phil Murphy cited a 12% day-to-day growth rate in confirmed positive cases on Monday, half the rate from March 30.

“Our efforts to flatten the curve are starting to pay off,” he said, but warned that relaxing social-distancing rules would trigger a renewed surge in cases that could yet overwhelm the healthcare system.

Louisiana Governor John Bel Edwards likewise expressed cautious optimism about efforts to contain transmission of the virus in his state, also among the hardest hit.

“New hospital admissions are trending downward,” he told a news conference. “But this will only become a trend if we keep mitigation efforts up.”

The rates of increase also appeared to be easing in Connecticut, where Governor Ned Lamont said, “Our healthcare system is bending but not breaking.”

In a glimmer of hope for the country as a whole, the latest research model from the University of Washington – one of several cited by leading health authorities – forecast 81,766 US coronavirus fatalities by Aug. 4, down about 12,000 from a weekend projection.

White House medical experts have forecast that between 100,000 and 240,000 American lives may be lost in the pandemic, even if sweeping stay-at-home orders are heeded.

The tentative signs of progress sent US stocks up sharply, with all major indexes closing at least 7% higher on the day. Despite Monday’s bounce, the broad-based S&P 500 .SPX remained down more than 21% from its Feb. 19 peak, compared with its March low, when it was off 30 percent from its apex.

Globally, deaths from COVID-19 have surpassed 74,000, with over 1.3 million cases, but there are also tentative signs it may be receding in Europe.

US fatalities, numbering 10,902 on Monday, were rapidly closing in on Italy and Spain, the countries with the greatest loss of life to date at more than 16,000 and over 13,000, respectively, according to a Reuters tally of official data. The tally of all known US infections topped 360,000.

More than 90% of Americans were under statewide stay-at-home orders issued in recent weeks, with South Carolina joining on Monday.

Political leaders and medical professionals have voiced alarm for weeks over crippling scarcities of personal protective gear for first-responders and front-line healthcare workers, as well as shortages of ventilators, drugs and other supplies.

Citing the dire needs of New York and elsewhere, California Governor Gavin Newsom said his state would loan 500 of its ventilators to the largely depleted Strategic National Stockpile of medical equipment.

California still faces a projected ventilator shortage of its own next month, but Newsom said his state had enough to spare for the time being.

Los Angeles Mayor Eric Garcetti said new coronavirus cases in both his city and surrounding county grew by 7% on Monday from the day before, the first single-digit increase in either jurisdiction in nearly three weeks. But he cautioned that California was still bracing for a coming surge.

New York City Mayor Bill de Blasio said a shortage of medical professionals was beginning to eclipse scarce equipment as the city’s main difficulty, with an additional 45,000 clinical personnel needed to get through April.

“We need these supplies, but we also need heroes to wear them,” de Blasio told reporters.

The city has reported more than 3,100 deaths, and it may resort to temporarily burying the dead in a park, said Mark Levine, chair of the New York City Council health committee.

“Trenches will be dug for 10 caskets in a line,” Levine wrote on Twitter. “It will be done in a dignified, orderly – and temporary – manner. But it will be tough for NYers to take.”

To help the city expand its COVID-19 patient capacity, plans are under way to open a 400-bed temporary hospital in the nave of Manhattan’s Cathedral of St. John the Divine, the largest Anglican cathedral in the world.