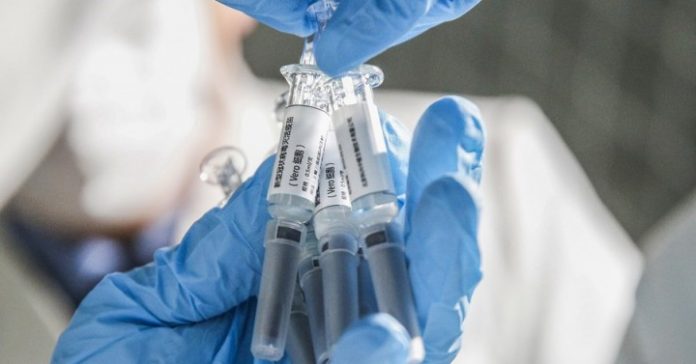 THE independent OCTA research team yesterday said that if the alarming spike in new coronavirus disease (COVID-19) cases is not contained in Metro Manila and two other regions, the country could be seeing 715,000 cases and 14,000 deaths by the end of March.

The DOH said that aside from the National Capital Region, cases have also been surging in the Cordillera Administrative Region and Central Visayas.

“On a national scale, if this trend continues and the national reproduction number remains at around 1.2, the country is projected to have 665,000 COVID-19 cases and 14,000 deaths by end of March,” OCTA said.

“If the reproduction number continues to increase and new COVID-19 cases continue to escalate, especially in the NCR, the projection is 715,000 COVID-19 cases and 15,000 deaths by the end of March,” it added.

Asked if the presence of other COVID-19 variants have contributed to the surge, De Guzman said it is possible.

“It may contribute to the increase. But at the end of the day, we have to practice the minimum public health standards,” she said.

OCTA fellow Prof. Guido David said they believe the presence of the UK and South African variants of the COVID-19 virus could be causing the surge in cases.

“While this still needs to be confirmed by genome sequencing, we believe the surge may be driven by a new and more contagious variant that could overwhelm the region if left unabated in the next few weeks,” David said.

The DOH last Tuesday said South African variants have been detected in local cases while more cases of the UK variant have also been detected.

“The plateauing trend seen in the past month was broken by a spike in new COVID-19 cases this week nationally,” De Guzman said.

“Our epidemic curve went up. After the first week of January, it gradually went down and plateaued. But this past week, we saw a spike in the number of reported cases,” she said, adding they have advised concerned local government units to impose localized lockdowns.

In particular, De Guzman expressed alarm over the rise of new cases in Pasay City which she deemed as being “critical.” She said the two-week growth rate in the city is up by 386 percent, with a daily attack rate of 24.7 per 100,000 persons.

Pasay City has so far locked down 91 of its barangays to control the spread of the deadly virus.

The DOH said there were 330 new recoveries, meaning the number of survivors has risen to 534,778.

The Department of Foreign Affairs said it received no new reports from its 94 embassies and consulates of any overseas Filipinos infected with the deadly virus on Wednesday.

“With no updates from Posts today on Filipinos affected by the pandemic, the total number of COVID-19 cases and recoveries among our nationals abroad remains at 15, 023 and 9, 445 respectively,” the DFA said.

The current death toll among overseas Filipinos due to the virus remained at 1,021.
Manila reported 107 new cases, bringing the number of active cases in the city to 635.

There were 47 new recoveries and no new death. The number of Manileños who have recovered from the virus now stands at 27,024 while the death toll is 807. – With Ashzel Hachero