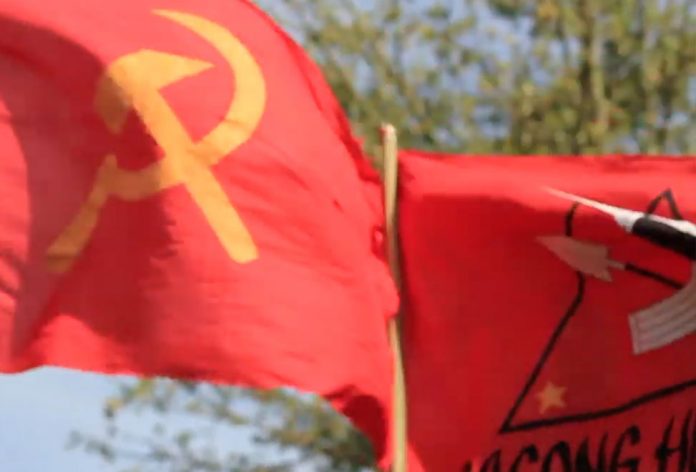 THE communist New People’s Army has been collecting an average of P1 billion a year since 2017, with the money coming from extortion activities victimizing various business firms in Mindanao alone, Defense Secretary Delfin Lorenzana said yesterday.

The extortion activities are the source only of local funding. Lorenzana said the communists are also getting foreign funds. During election years, the NPA is also known to collect “permit to campaign” and “permit to win” fees from candidates in their areas.

Lorenzana said the huge amount extorted from businesses is one of the reasons the communist movement, represented by the National Democratic Front of the Philippines, is not serious in peace negotiations with the government.

“Their local funding, it is still extortion plain and simple. In Mindanao alone, our estimate is they are able to extort from mining firms, plantations, bus companies, other business, over P1 billion per year,” Lorenzana said.

“Add the telcos and the government projects being done by private contractors and amount extorted is huge,” Lorenzana.

Lorenzana said the amount is based on intelligence information submitted to him by the intelligence community.

“That is the figure given by the intel community so I think there is basis for that claim. Remember that most of the mining, huge banana plantations are in (eastern) Mindanao,” Lorenzana said.

“This (extortion) is the main source of their financing. It is no surprise that that is where they have the most NPA,” Lorenzana said, referring to the eastern Mindanao area.

NPA rebels are known to attack facilities and burn construction equipment of companies that do heed their demands for “revolutionary tax,” a euphemism for extortion. Firms that pay such tax are deemed safe from atrocities of the NPA, the armed wing of the Communist Party of the Philippines.

Lorenzana said the communist movement is also getting foreign funding but did not give any amount. He implied these foreign funds go to alternative schools which are used by the communists to recruit NPA fighters.

Asked if the huge amount the extortion collections is among reasons the communists are insincere in the peace talks, Lorenzana said: “Yes. Where can you see peace talks where they wouldn’t stop their extortion?”

During peace negotiations, Lorenzana also said, the NPA did not stop attacks on soldiers, policemen, barangay officials and indigenous peoples, and burning heavy equipment of firms that refused to pay extortion money.

There have been on-and-off peace negotiations between government and the communist group since the 80s.

“We should remember their strategy, according to Jalandoni and Balweg: The peace process is just one way to advance the armed struggle,” said Lorenzana, referring to communist leaders Luis Jalandoni and the late Conrado Balweg.

The President has said he wants the military to end the insurgency and terrorism problems before the end of his term in June 2022. Recently, he said there would no longer be any ceasefire with the communists during his term.

Meanwhile, Lorenzana justified the plan of the National Task Force to End Local Communist Armed Conflict to ask the Commission on Elections to disqualify members of the Makabayan bloc from future elections.

The task force, of which Lorenzana is a member, has been relentless in exposing the links of the members of the Makabayan bloc at the House of Representatives to the communist movement.

Duterte recently said the Makabayan and party-list groups belonging to it are front organizations of the communist party.

Lorenzana said the Makabayan members do nothing but find fault with the government, and the CPP-NPA is getting stronger with the lawmakers at the House.

Lorenzana said the Makabayan bloc’s refusal to denounce NPA atrocities is among many indications it is linked to the underground movement.

Interior Secretary Eduardo Año, meanwhile, scored at the CPP for saying local government units (LGUs) are being forced to declare the CPP-NPA as “persona non grata.”

Last Friday, the DILG announced that 1,715 LGUs in the county, 46 provinces, 110 cities and 1,372 towns have declared the CPP-NPA as persona non grata in their areas. It said the other LGUs are in the process of making the same declaration.

In response, the CPP said the LGUs were threatened they would not be given funds if they refuse to make the declaration.

“Please do not insult the intelligence of our local government officials,” Año said, adding the local officials are not ignorant and cannot be forced to do anything.

He said the local executives have witnessed the deception of the NPA in their areas.