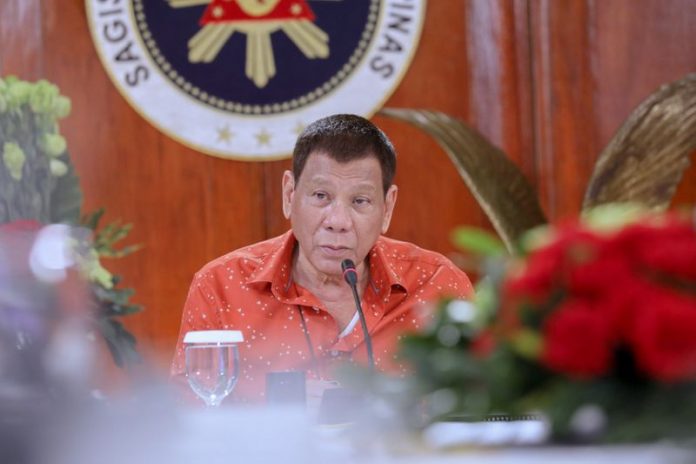 BY JOCELYN MONTEMAYOR and VICTOR REYES

PRESIDENT Duterte on Monday night said there will be no ceasefire with the communist group this Christmas season or any other time during his administration.

“There will be no more ceasefire ever again under my term… ceasefire is dead,” he said during his weekly address.

The Armed Forces expressed gratitude to Duterte for his decision.

“(It’s) not because we do not want peace, but because what we advocate is a genuine and lasting peace that we cannot achieve through a peace pact with the NPA that is notoriously insincere and unworthy of public trust,” said Maj. Gen. Edgard Arevalo, Armed Forces spokesman.

Last week, the Armed Forces said it is not recommending a Christmas truce this year, and even outside the holiday season, because the rebels only take advantage of ceasefire periods to attack government and civilian targets and to continue with its extortion activities.

The President declared a unilateral ceasefire with the communists during the Christmas season last year. The CPP reciprocated.

The President said agreeing to the demand could lead to his impeachment or “the military and the police will shoot me.”

He also said that under the law, he cannot delegate the powers that the people granted him.

“What was evolving before me was something that, it is not acceptable to the Republic of the Philippines, especially that coalition government. No president, no stupid president will allow it,” he said adding that he cannot compromise anything in this government.

Duterte also said the communists committed serious offenses under the Revised Penal Code such as arson, rape, killing of soldiers and barangay officials, and conspiring to overthrow the government.

Duterte suspended the peace negotiations in November 2017 and terminated the formal talks in March last year. He has said the NPA, the communists’ armed wing, continued attacks on police and military personnel even when the negotiations were ongoing.

The President vowed to unmask those who are affiliated with the communists, including their legal fronts, before his term ends.

“I’m trying to sort out what we will do to you because you are now criminals and as I have pointed out, we are not only tagging you … we are identifying you … I will name all of you,” he added.

Presidential spokesman Harry Roque, in a briefing yesterday, said the pronouncement of the President about not declaring a ceasefire is “categorical” and nothing would prompt him to change his mind.

Lt. Gen. Arnulfo Marcelo Burgos, commander of the Tarlac City-based AFP Northern Luzon Command, said there will be no let-up in military operations against the communist rebels in the northern Luzon area this holiday season.

Burgos said soldiers will “fully adhere” to the President ‘s decision not to have ceasefire with the communists “because, time and again, the NPA terrorists have been insincere, and instead used the period to further their terroristic intentions toward the community and the general public.”

Burgos said the rebels have historically taken advantage of the government ceasefire not only to stage attacks but also to build up their forces through recruitment and extortion.

“We can, and we will, crush insurgency in this part of the country within the given timeline which will allow us to completely refocus our efforts in preserving and upholding our sovereignty over every inch of Philippine territory,” said Burgos.

PNP chief Gen. Debold Sinas vowed to sustain police operations against the insurgents. The PNP is playing a support role to the military in the counter-insurgency campaign.

“Since there is none (ceasefire), our operations will continue. Our deployment will remain in areas where the NPAs are hiding. There will be no withdrawal (of policemen). If they (rebels) are in the mountains, our troops will also be there. There’s going to be no change,” said Sinas.

In a statement, CPP spokesman “Marco Valbuena” said the President’s declaration “comes as no surprise.”

“His government’s policies have always been shaped by military generals who are obsessed with prolonging the civil war. They are addicted to war because of the profits they pocket from it, he said.

Valbuena said the doors to peace talks had been shut three years ago when Duterte issued a proclamation declaring the CPP and the NPA as terrorist organizations.

“Duterte has time and again proved himself opposed to any effort to end the civil war in the country through peace negotiations. He and his generals, however, are fooling only themselves, when they declare they can crush the revolutionary armed struggle before their term end,” said Valbuena.

As to CPP-NPA ceasefire during the Christmas season, Valbuena said the CPP Central Committee “has yet to issue a decision on whether it will declare a ceasefire or not for the holiday seasons.”

“The decision will likely come a week before the holidays,” said Valbuena.