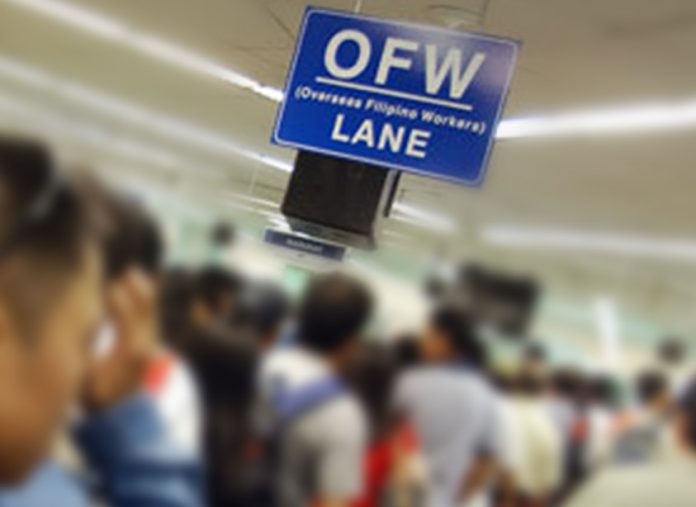 THE number of Filipinos abroad who have tested positive for the novel coronavirus disease (COVID-19) since its outbreak last December further increased to 368 with nine fatalities, according to the Department of Foreign Affairs.

Data provided by the DFA Monday night showed that of the 368 infected Filipinos in 30 countries, 242 are undergoing treatment while 117 have recovered and have been discharged from hospitals.

In the Asia-Pacific region, 97 Filipinos were still confined in various hospitals while 95 have recovered and have been discharged. One succumbed to the virus.

In Europe, 94 Filipinos are infected with 82 were undergoing treatment. Six have recovered while another six have died.

In the Middle East and African regions which recorded one fatality, 45 infected Filipinos are undergoing treatment while two have been discharged. There is one fatality.

In the Americas, 18 are undergoing treatment while 14 have recovered and one died of the virus.

Ambassador to Italy Domingo Nolasco said on Tuesday several Filipinos in the European country are requesting repatriation assistance from the Philippine government but many of them still intend to return to work after the pandemic is over.

Nolasco, during the “Laging Handa” public briefing in Malacañang, could not say how many Filipinos are seeking help but said their requests for repatriation are being evaluated and processed.

Italy is the worst-hit country outside China where the virus originated. Its death toll passed the 10,000 mark on Saturday. Worldwide, there are at least 37,500 fatalities as of Tuesday.

Cabinet Secretary Karlo Nograles, in a virtual briefing yesterday, said a technical working group of the Inter-Agency Task Force for the Management of Emerging Infectious Diseases (IATF-EID) is formulating tools to determine how land-based and sea-based Filipino workers would be repatriated from across the world amid the coronavirus threat.

The DOLE earlier said it has allocated P1.5 billion to fund financial aid to Filipinos who have lost their jobs overseas. — With Jocelyn Montemayor

Kings, 2 other teams out to bounce back