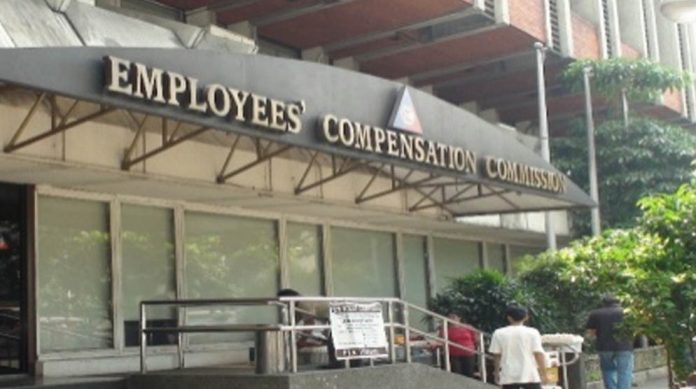 THE Employees Compensation Commission (ECC) on Sunday said more government benefits are available for workers who will be afflicted with the coronavirus while in the performance of their duty.

In a Facebook post, the ECC said public and private sector workers, who will be found positive for the coronavirus disease (COVID-19) as well as persons under investigation (PUIs) are entitled to daily sickness benefits, medical benefits, death with funeral benefits, and cash assistance.

It said the daily sickness benefit is the provision of a maximum amount of P480 per day up to a maximum of 120 days and can be extended up to 240 days for private sector workers.

As for medical benefits, the ECC said there will be a reimbursement of medical expenses and medicines of the workers based on a schedule of reimbursement.

Meanwhile, the death with funeral benefits include a survivorship pension for private sector workers with a minimum of P2,000 per month, and computed based on the number and amount of premium paid by the employer.

The ECC also noted that the funeral benefit of P30,000 will also be provided.

Finally, the ECC said cash assistance will also be provided with P10,000 for disability/sickness claim and P15,000 for death claim.

In availing of the daily sickness, medical, and death with funeral benefits, workers will need to file their applications either at the Social Security System (SSS) or at the Government Service Insurance System (GSIS).

As for cash assistance, qualified workers are directed to file applications at the ECC Central Office or Regional Extension Units.

The Department of Labor and Employment (DOLE) on Sunday said close to 200,000 workers have received assistance from the government.

“About P622 million in assistance funds had been disbursed to beneficiaries of the CAMP and TUPAD,” said Bello.

On the other hand, Bello said that close to 80,000 workers in the informal sector benefited from TUPAD program, an emergency employment program for informal sector workers.

The labor chief said the DOLE is looking to provide assistance for 350,000 formal and informal sector workers by the middle of the month.

Bello assured there is enough budget for the cash grants to be sourced from the remaining P1.5 billion in assistance funds under CAMP and TUPAD.

Latest DOLE records show that 460,768 formal sector workers have been displaced either by reason of temporary closure or flexible work arrangements as reported by 15,213 establishments.

On the other hand, another 169,232 belonging to the informal sector have also been adversely affected by the lockdown.

“We want to ensure that social protection programs reach our most vulnerable sectors during this crisis the soonest time possible. Through our Landbank Cash Cards, we are delivering financial assistance in an immediate, safe, secure, and convenient manner,” LBP president and CEO Cecilia Borromeo said. – With Wendell Vigilia and Raymond Africa

Finding a worthy investment in a home